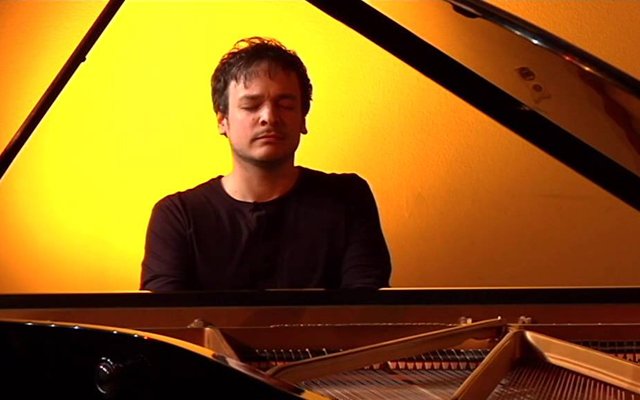 A more seductive solo piano record than Room of Silence by Chris Gall will be hard to find. The prescience of its title only partly gives the game away. Mr Gall not only plies his lonely craft with the most ravishingly beautiful repertoire (all but three songs composed by him), but he lights up the proverbial Room of Silence with a bright orange flame, holding up its light to the quintessence; the ethereal element of music once described by Eric Dolphy when he said “When you hear music, after it’s over, it’s gone in the air. You can never capture it again.” But captured it was; some of it by Stephen van Wylick on a Steinway B Grand Piano, by Michael Meini on a Feurich “Duca” Upright and by Mr Gall himself at – of all places, in his home studio on a Yamaha C2 Grand Piano: all so superbly tuned and so magnificently recorded that one becomes an interloper holding one’s breath as one hides in that very Room of Silence with a prodigiously-gifted pianist. 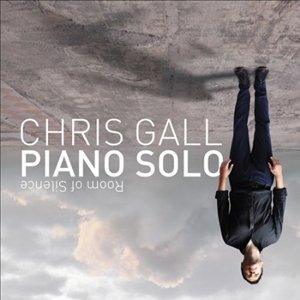 Mr Gall’s touch throughout this recording is superbly nuanced, produced as if by the nerve-endings rather than the skin of his fingers; so raw yet pristine is the music. Revelations abound throughout – in every probing improvisation and breathtaking interpretation of what we eventually come to realise is a familiar song such as the spine-tingling melancholia of “It Never Entered My Mind”, the excruciating beauty of “Julia”, the loftily soaring “Estrada Branca” and in Oscar Peterson’s “Hymn to Freedom” (from the Master’s iconic Canadiana Suite) which he performs with hushed solemnity that turns to exquisite, exuberant heraldry.

Everywhere Mr Gall takes us unexpectedly to another world. It is full of glinting lights, mysterious depths, expectations, frustrations, hopes and doubts, sorrows and joys. Every so often Mr Gall propels himself from light into the shattered shadows of a quasi-Mendelssohnian scherzo glimpsed by moonlight in an otherwise ink-dark forest. In sheer colour and variety, in the depth of his characterisation and in the exceptional range and refinement of his piansim, Mr Gall imparts power, joyful and sometimes tragic stature to this music which absolutely no amount of “bigness” (the usual route taken by many pianists of this generation) can ever achieve.

And the variety and stylishness of the compositions he owns is unmatched. He brings effortless urbanity and lyricism to all the items, which are also, also as utterly seductive as they are persuasive; each an object lesson of style; many with buoyant aristocratic grace and others (the “Interludes”) with mesmerising psychological ambiguity.

In all of this we have in Chris Gall, a pianist who is (rightly) almost insolently effortless in his playing and brings a debonair swagger to this repertoire that makes him almost impossibly virtuosic as he leads us into a piano world evoked as few musicians can.