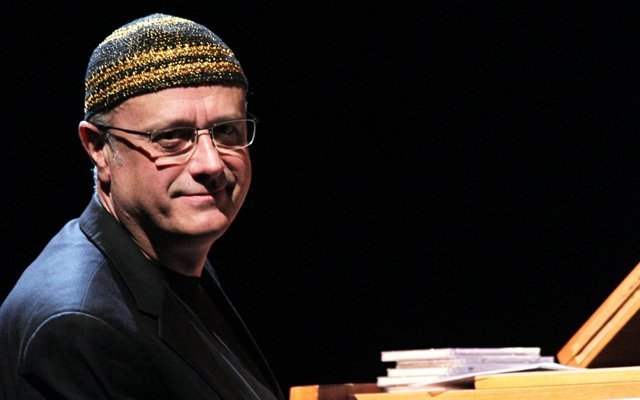 It has been many decades since Roberto Magris took to expressing his deep respect for The Blues and Jazz. He used his prodigious gift for virtuoso pianism to do so at first, and later wrote and performed impressive charts solo and with small, medium and very large ensembles – the latter incarnation under the banner of the Europlane Orchestra and Gruppo Jazz Marca, both of which he shepherded with considerable success. Lately, however he has returned to playing in more intimate settings. Always, however, he has shown himself to be cognisant of the fact that he is but a part of the continuum of the music he chose to make his vocation with. And in this regard he has had a steadfast supporter in the form of his producer, Kansas City’s man behind the glass, Paul Collins, who often offers a commentary at the end of each record Mr Magris makes. World Gardens, his late-2018 offering with his spiffy new quartet, is no exception. 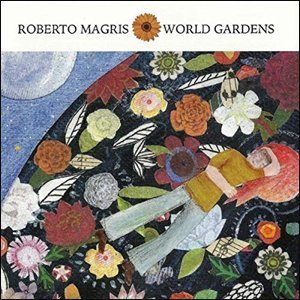 There has always been a wildly independent streak in the music of Mr Magris. His pianism is defined by expansive sweeping gestures characterised by adventurous arpeggios punctuated by stark and sometimes forebodingly dark triplets, coloured by splashes of dramatically struck chords, playing inside the piano by manipulating strings to often suggest blunt yet powerful weaponry with his left hand, while his right hand carves the air with melodies that spring into the air like leaping parabola. But Mr Magris also seems to have been profoundly influenced by Don Pullen and every once and a while this aspect of his playing shines through as he hammers the keys with fists which he rolls ferociously up and down the registers just as Mr Pullen used to do. His Oriental-sounding “Blue Bamboo”, crafted from a traditional Yunnan Folk Song is a brilliant example not only of his proverbial doffing of the hat to Don Pullen, but also a principal showcase for the album itself.

In his short liner notes Mr Magris has spoken of his worldly sojourns with which he has crisscrossed the planet for decades; a time during which he has – with ears wide open – absorbed the myriad of sounds that have come from music traditional to the cultures he has encountered. The Slovenian one is obvious as Mr Magris spends much of his time in that part of the world. Here he celebrates this with a heartfelt interpretation of the traditional song “Vse Najlepse Rozice”, which translates as “The Most Beautiful Flowers”. The music here comes from a special place as Mr Magris evokes not simply vivid colours and large, sweeping vistas, but he also zeros in on microscopic details of incredible beauty that are brought to life with minute details in his melodic description of shape and form. IN doing so a whole landscape appears to come alive before the listener.

Mr Magris’ own compositions are wonderfully crafted. He displays great sensitivity for the Blues form and has absorbed much from the swing of Jazz. His magnificent piano rolls also suggest that his learning is deep and long as well, going very far back in time. Best of all he acknowledges the beauty and power of the African origins of much of the idiomatic poetics and complexities of Jazz meter as well. Consider “Another More Blues” and “Song for an African Child” as well as Andrew Cyrille’s “High Priest” and you will also find mesmerising rhythms and nuanced poetics that began in North Africa among the gnawas, and then spread into Jazz with the legendary Pharoah Sanders and Randy Weston.

Mr Magris is joined in by a powerful rhythm section fortified by congas and percussion and every musician is superbly attuned to his vision and artistry. Paul Collins’ commentary serves to underscore the importance of the project and also what he had in mind when he teamed up with his good friend Roberto Magris in the first place. This is an important record and must be treated that way,