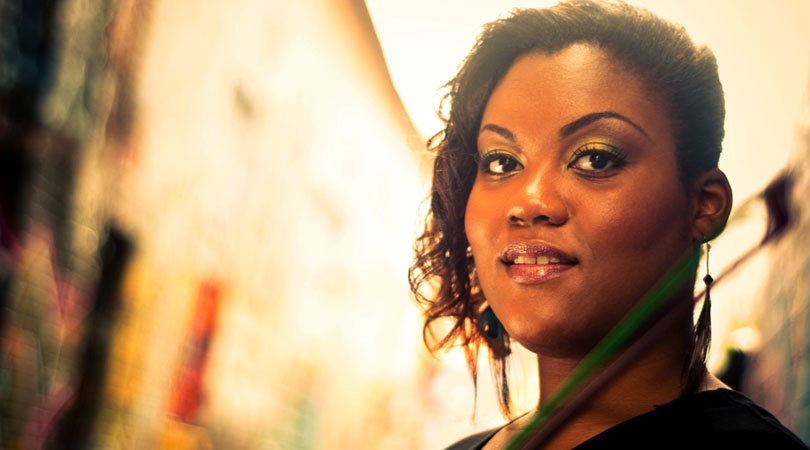 Virtuosity and soul come together in a glorious equation, in the musicianship of Chelsey Green. The violinist makes musical notes less ephemeral. They roam interminably in the mind where this artist finds a permanent home. Ms. Green’s music is simple, with superbly orchestrated arrangements to put focus not only on the structure of the song but also on the ethereal beauty of her playing. Ms. Green’s music is steeped in the blues and in the fervor of Gospel music. She calls to mind the mighty bowing of Don “Sugarcane” Harris. Her soulful demeanor also suggests that she has listened carefully to the great Billy Bang as well. Ms. Green is really part of a continuum that goes back many decades to players such as Eddie South and Stuff Smith, Joe Venuti, Stephane Grappelli and Sven Asmussen. She is also classically trained and so while this music is a radical departure from what she played in the conservatoire, her roots are there as well. Of course she also aligns herself with the generation that came not long before her—such as players including Regina Carter and others who came before Ms. Carter: Jean-Luc Ponty and Didier Lockwood. This is a huge deal as violinists are a rare breed, more at home in chamber ensembles and symphony orchestras. And it takes a certain gall to adapt that kind of technique and meld it with the swing of jazz. This is something that Chelsey Green does with a great deal of finesse. 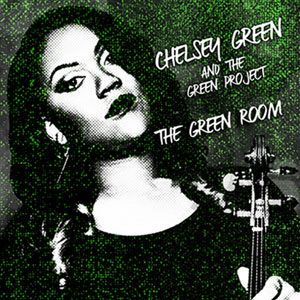 The Green Room is an album of immense charm and one on which Ms. Green exhibits seriously beautiful technique as well. Her buoyant and smooth readings of “People Make The World Go Round” and “My Favorite Things” evoke the best spritely charm of both songs. Her dynamics and articulation are exquisite and make for breathtaking renditions of both songs. Her phrasing on the songs is parabolic and the lines form like magnificent arcs that slice through the air, as if she were using the strokes of her bow to mimic the swishing of a magic wand on the strings of her violin. On slower charts such as “I Am” she seems to pause and ponder in a dream-like state. Here notes appear to hang as if suspended in time. This gives her playing something of an ethereal beauty, especially on “Cheryl Ann” and “My Tribute”. On the latter with a combination of tempo and soulful bowing Ms. Green moans in a profoundly beautiful manner. She also displays a keen sense of the music’s bountiful harmonic inventiveness. The same characteristic is evident in the superb piece, “Pizzicato Part III”. Ms. Green develops music in a canny manner, always fluent, rhythmically pointed and with a heartfelt sense of melody. She also plays as she sings and her breakdown of the changes in her version of “Autumn Leaves” is quite extraordinary.

Chelsey Green is well on her way to becoming a significant player both in the arena of the violin as well as a musician. Her savvy and attention to detail is going to stand her in good stead. Her feel for the imagery and the poetry of song is tremendous and this is one of the main reasons why she is going to make a big impression in the near future.

With performances often described as passionate, vivacious, electrifying, and innovative, Billboard charting recording artist Chelsey Green brings the unmatched tone, richness and vibrancy of violin and viola playing to audiences in a whole new way. A native of Houston, Texas, Green was born into a family of jazz and funk musicians and started her performance career as a violinist at age 5. Though inundated with music of all genres, she focused on classical music studying both privately and publicly at performing arts schools in the Houston public school system. Green went on to receive a scholarship for classical viola studies at The University of Texas at Austin where she graduated Summa Cum Laude. In pursuit of her dream to be a performing musician, Green then went on to receive her Master’s Degree in Viola Performance from The Peabody Conservatory of The Johns Hopkins University and is currently a doctoral candidate at the University of Maryland College Park. Read more…