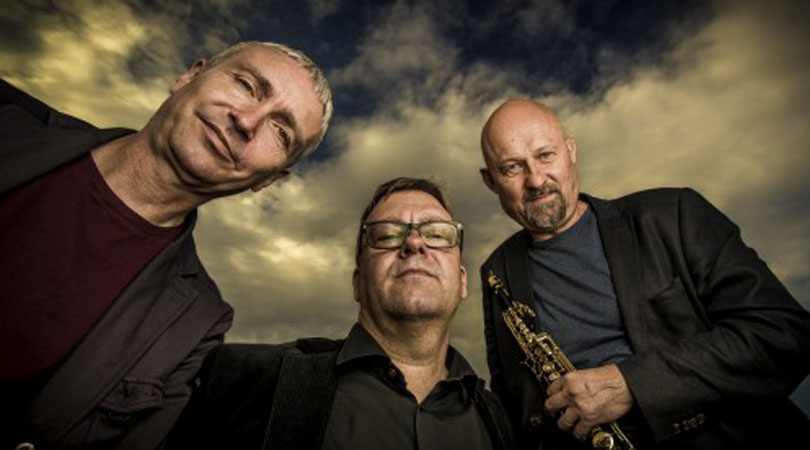 America is all about political correctness these days. And as much as artists want to take a hands-off approach to both politics and correctness, they are mired down in it. For instance, the music that Buddy Bolden and Louis Armstrong, Duke Ellington and Charles Mingus, Thelonious Monk and Charlie Parker, John Coltrane and Ornette Coleman once called “ Jazz” is now taboo. “African-American” music is also a taboo term. The term du jour is now BAM or “Black American Music”. Just when it became better to recognise a music as a music and jazz as jazz, the “J” word is now as blasphemous as the “N” word. Who cares; who really cares. America’s most important artistic gift to the world came from the Black man. It has always been called Jazz (with a capital “J”), which is really an idiom; a secret musical metaphor that has always communicated freedom that came from the blues. An unshackling of the chains that once bound the slave; a glorious apocalyptic shout as complex and as edifying as so-called Classical (or European) Music… And so on… 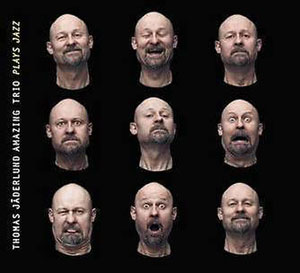 And yet, until it is okay to admit that Jazz or BAM came from Africa, was refined in the hell-fires of African polyrhythms, with European instruments and magically fashioned by iconic smithies on the anvils of African drums… until the world stops quibbling, it may never be possible to truly enjoy the music again…as well as to rejoice that what the Black man gave to the White world is something that no one can or desires to take away from him. Then, and only then, will it be possible to admit that it is Europe that is re-introducing the American to American music, or BAM or jazz or whatever the hell it must be called to be enjoyed again with unbridled joy. For now, it is prudent to fall prey to the not-so-subtle charms of Sir Thomas Jäderlund’s Amazing Trio. His 2014 album on the Swedish label is audaciously and appropriately entitled Plays Jazz. Let the debate and all the silliness stop here. This is a shockingly good Jazz or BAM record. Who are the musicians? They are three of Sweden’s finest instrumentalists. And what are they playing? Damn, they’re playing Jazz! This is the music of Charles Mingus and Ornette Coleman, two grand masters who transcended debates and focussed instead on the more important stuff: the meaning of the blues and the body politic of Jazz.

This is music to die for; repertoire that is sinewy and hard-edged and tough and which is like a body blow with atomic force aimed directly at the solar-plexus. It was intended that way. All of Ornette Coleman’s music that came out of the hard-edged Texan blues and all of Charles Mingus’ music that came out of his explosive consciousness was played that way. The grand masters pulled/pull no punches. One of the greatest, most enduring compositions was and still is Charles Mingus’ “Fables of Faubus” a monumental piece took the then-Governor of Arkansas, Orval Faubus to task for his forced segregation. Even with the muzzle put on Mr. Mingus and Dannie Richmond, his drummer resulting in the deleting of their Rap, invented like a spur-of-the-moment call-and-response the music soared like the proverbial eagle across the skies of America, then as now. It still feels that way on Thomas Jäderlund’s version. The same holds true of Ornette Coleman’s blues: the elusively titled “Blues Connotation”. Mr. Mingus’ emotional “So Long, Eric” his sermonette on “Ecclusiastics” and his profoundly beautiful “Sue’s Changes” are as exquisite and timeless as Mr. Coleman’s “Tears Inside,” “Lorraine” and “Mind The Time”.

It is important to note the these are straight up versions of the charts, played with breathtaking virtuosity and impeccable taste by a saxophonist with the whip-like crack of Eric Dolphy’s alto and a spiralling wail on the sopranino saxophone—an instrument that somehow suits the tortured emotions of much of this music. Peter Janson is no slouch with the double bass. His intonation and dynamics suggest that like Mr. Mingus, he received lessons in orchestral expression. And Göran Kroon is just as essential and organic to the trio as Dannie Richmond was to Charles Mingus or Billy Higgins and Ed Blackwell, for instance, were to Ornette Coleman. And it is refreshing indeed to have this beautiful music played by three White guys emoting unabashedly while they pay tribute to two of the giants of Jazz or BAM or whatever the world wants to call the music of the Black man from whom at any rate, all music has sprung.

Sir Thomas is a freelancing composer/musician in jazz and improvisation. He is head of the improvisation education at University of Gothenburg and is known as one of the most personal and expressive saxophonists in Swedish Jazz.