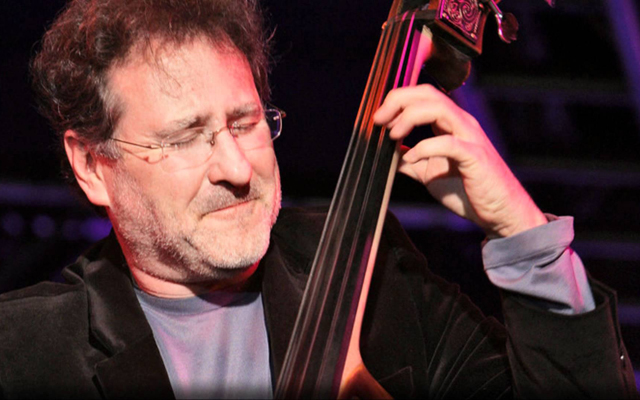 If this is possibly Brian Bromberg’s most emotional recording to date, it is also his most triumphant one. Usually when a lesser musician picks a title like this one Full Circle it might be a sign, not entirely unintentional, that nothing brilliant to come, or that there’s nothing more to say. But that would never be the case with Brian Bromberg. He is merely featured on his first instrument: the drums, in addition, that is, to the bass on which he is not only proficient, but quite masterful. If this joyously articulate and raptly communicative performance is anything to go by, then it may also be said that Bromberg has, in the immortal words of Beethoven, delved into music’s secrets and raised his art to the Divine. I have, of course, paraphrased, but this is true in every way. 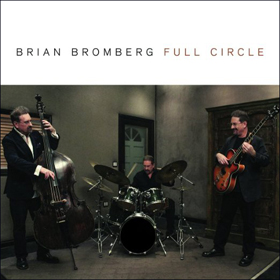 This is achingly personal music especially in ‘Jazz Me Blues’ and in ‘Washington and Lee Swing’, both of which are actually played by his father, Howard featured there on drums with his original group, and on which Brian Bromberg has – not dubbed as you might imagine – but played along on bass. With his immaculate technical address, and ravishingly songful tone, Bromberg strikes precisely the right balance between classic strength and private introspection, his contribution as full of radiant spontaneity and tumbling fantasy as one could wish. Of course Bromberg is blessed in having scrupulously attentive partners such as the many luminous musicians who procure playing of the very highest quality on their respective instruments. Tempi throughout is uniformly judged and there is no other reason other than because Bromberg sets the pace here as he is also the drummer on the date.

Brian Bromberg’s playing on bass combines suppleness and purpose, leading to quicksilver soli that eschew any suggestion of hectic flashiness. To gloriously slower movements on the music here Bromberg brings an unexaggerated depth of feeling, tenderness of expression and simple flow that put me in mind of Charles Mingus. In other, faster, more swinging episodes he is more beaming and swashbuckling. What captivating swagger Bromberg locates in ‘Sneaky Pete’, in those rolling arpeggios in his solo mid-piece, which really do leap off the page here. Elsewhere the tingles materialise early (always a good sign) as the shadows begin to lengthen as on ‘Bernie’s Bebop’ as Bromberg really does move the listener to the marrow. All in all you couldn’t ask for more as Bromberg provides the most trenchant and tasteful account of his music – both on bass and drums as well.

The two rarities: ‘Jazz Me Blues’ and ‘Washington and Lee Swing’ – the latter played with tongue firmly in cheek – required the most sympathetic playing of all and here too Brian Bromberg gives it his all, and in the final wistful reminiscence of ‘Washington and Lee Swing’, distils the requisite lump-in-the—throat poignancy that is truly heart-stopping. Taken as a whole, though, I don’t think that I have heard music essayed with a greater combination of style, sinewy thrust and riveting inevitability. Certainly not by a musician who happens to be a bassist. What a boon it would be to have an accompanying DVD of the performance. Perhaps the short video clip below will compensate…