Home Music Rob Garcia: Finding Love in an Oligarchy on a Dying Planet 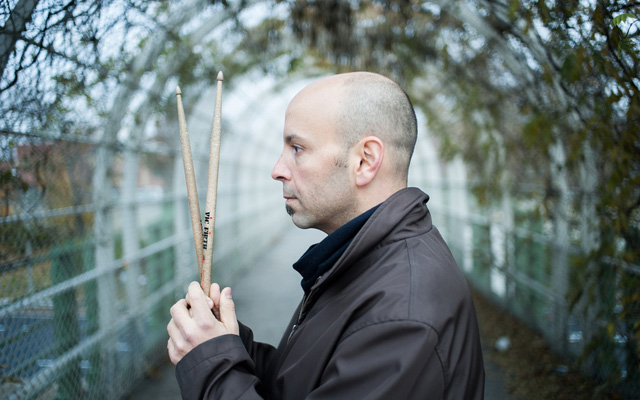 Many have heard of Rob Garcia, a tidy drummer and a very talented composer. Garcia’s reputation for mature musicianship is in evidence on this 2016 album Finding Love in an Oligarchy on a Dying Planet so it would be entirely appropriate to surrender to its extraordinary and distinctive music and almost forget, for a moment, that Garcia is a drummer, but rather a percussion colourist who thinks like a pianist and a saxophonist and a bassist, but most of all as a vocalist – although this performance features the voice on just two occasions and the spoken word on one. 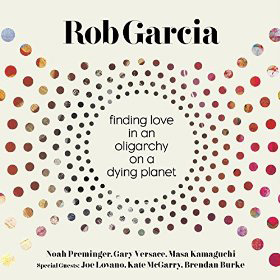 I suppose, what I mean is that Rob Garcia thinks multi-instrumentally and plays like a master musician whose music is beautiful and distinctive. Also, if you like albums where music is provocative and comes at you from acute angles (in a sense how Thelonious Monk’s music did), then you will find the music on this disc hard to resist. Some of the song titles alone indicate that Garcia writes with a musical twinkle in his eye. Try ‘Mac n Cheese’ and ‘Greenland is Turning Green’ for size, or the two short, catchy vignettes ‘Act Local # 1 & 2’. Rob Garcia is incredibly lucky to have a superb ensemble to bring his music to life as well.

The enterprising Noah Preminger, Gary Versace and Masa Kamaguchi all convey in a natural acoustic and with expert ease the right atmosphere required for high-end music-making and can definitely put their foot on the gas when they need to, while so cannily presenting the parameters of the music. Opinions may vary of course, but I believe that ‘Beautiful Dreamer’, ‘People are Everything’ and ‘Johnny Has Gone for a Soldier’ are the most compelling performances of all on this disc, the ineffable Kate McGarry being one of the reasons why (on ‘People are Everything’) and I do love everything that Noah Preminger does. He plays with such idiomatic fluency whenever he is called up on to do so – whether in ensemble on as a soloist. It is not the intention to sell the rest of the repertoire short and the whole of the record is intoxicating in every way.

On the whole what makes this performance by the musicians particularly appealing is the clarity of texture with which the saxophones are captured together with the manner in which the orchestral colours and dynamics of the rest of the instruments are blended in. The spotlight, though, is certainly on Rob Garcia whose virtuosity and fluent performances on each song are the highlights of the record.