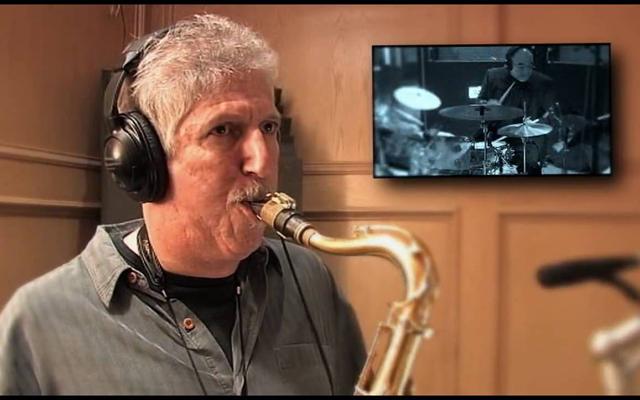 The reputation of Bob Mintzer has sometimes rested on the laurels of his performances and recordings with the Yellowjackets. But that ought not to be the case because before his tenure as a permanent member of that iconic band Mintzer had already become held in high esteem for his big band work. His writing was seen to be novel, exciting and visceral. It has always plumbed the depths of jazz, explored fully the timbres of the instruments that comprised a jazz band, and also seen as highly intelligent and idiomatic. However, the deep respect for Mintzer’s big band work has often been reserved for his musical peers and the cognoscenti, and has rarely got the attention it deserves from listeners at large. Wonders never cease. 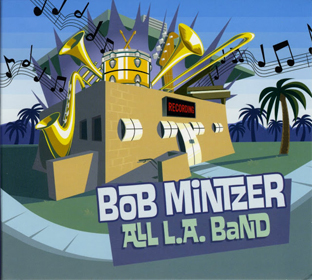 With the plethora of choices in music available in store and (sadly) online, and probably because there is so much musical flotsam out there, the appreciation of fine music is becoming inversely proportionate to the best music out there. So, perhaps Bob Mintzer might not yet receive the accolades her truly deserves. Fortunately, however, this is never going to stop him from making terrific music. Here’s another fine example: his 2016 release All L.A. Band. And what a glorious performance it is. Mintzer is, of course, at the top of his game. His playing is informed by a magnificent palette into which he dips, coming out with gorgeous tonal colours. The resonant ambience of his playing gives body and definition to the songs’ astonishing energy, often displayed in dazzling runs and magical glissandos. Mintzer’s staying power and prodigious colouristic resources help to impart unity and symphonic momentum throughout the monumental variations contained within this music.

None of the accolades would mean anything to Mintzer were it not for an ensemble that can play with such extraordinary facility. Beginning with the explosive whimsy of Peter Erskine and the joyous evocations of Mintzer’s cohort from the Yellowjackets, Russ Ferrante, the wonderful playing of this music is extended to all of the players in the so-called L.A. Band. Saxophonist Bob Sheppard is outstanding (you never expect anything less from him). All of the other musicians are ultra-virtuosic and under the celebrated directorship of Bob Mintzer the music is nothing if not full of dramatic surprises. There will undoubtedly be some fascination for old favourites such as ‘Runferyerlife’, but there is much more here to excite the senses and remind one that Bob Mintzer is one of the most exciting composers of his generation and a model for the generation that follows his as well.