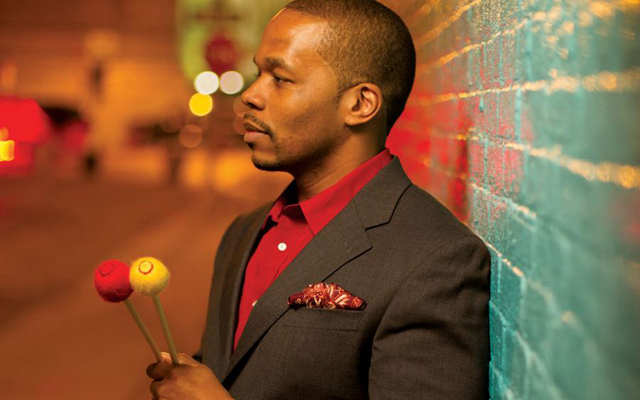 Extolling the virtues of vibraphonist Warren Wolf is not something that is difficult to do. Wolf is a scintillating performer both live and on disc where he continues to produce one enterprising and imaginative programme after the other. In the playing itself, there’s the same familiar mix of virtuosity and refinement that marked out Wolf’s very first performance and CD. Several years down the line he has, if anything, turned richer and more mature than ever before, imbibing the spirit of, among others, Milt Jackson and Bobby Hutcherson – more of the latter than anyone else of course. 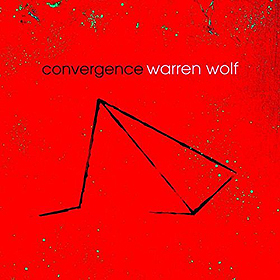 On his 2016 disc, Convergence Wolf embraces the full resources of his to recreate this music that all but heralds a new, golden age of the vibraphone. Just as Jackson and Hutcherson before him played their instruments as if they were created just for them, so does Warren Wolf as he creates the right sound and reactivity for his unique musical vision. He changes textures, shifts phrases up an octave and avails himself of the sustaining pedal in a way that will have some purists fleeing for cover. Yet even they should perhaps give pause before rejecting such vitally alive musicianship. Unlike previous discs, there is much more focus on Wolf’s musicianship, although he is ushered along the way by four masters: Christian McBride and Jeff “Tain” Watts, Brad Meldau and John Scofield. Illustrious company to be in on this repertoire.

The opening ‘Soul Sister’ becomes a miniature symphony in scope – with the quartet performance – from its fervently enunciated opening scale through the Wolf-enhanced orchestral richness of its closing lines. Through this and other charts, such as ‘A Prayer For The Christian Man’, Wolf is not content simply to add ornamentation or change a dynamic – as in ‘Stardust’; instead we get a sense of true development of melody. This might sound far-fetched on paper, and could well have been in the hands of a lesser musician, but Warren Wolf is an artist of rare refinement. He pushes the boundaries, yes, but never simply for shock effect. You only have to listen to what he does with ‘New Beginning’ in the first half of the piece, where what is a simple crotchet accompaniment in the left hand wakes up suddenly and starts a dialogue with the right. And then there is the small matter of tonal colour – gorgeous on vibraphone and marimba as well.

Each piece offers fresh delights. ‘Montara’ and ‘Tergiversation’ are extraordinary for their range of colour, the way he gives them a delicate haze of pedal and adds ornamentation that in less subtle hands would be merely outlandish, yet which he carries off with aplomb. Elsewhere some might find that the poignancy of ‘Knocks Me Off My Feet’ comes across most powerfully when played simply, yet Wolf’s view of it as an operatic scena of the utmost tension is endlessly fascinating. He follows this piece with the restlessly brilliant ‘A Prayer For The Christian Man’.

The triumph of this disc is not that it makes you think ‘what wonderful playing’, but ‘what wonderful music’. Again and again you marvel at music of endless invention. And tellingly Warren Wolf ends on a profound note with the tenderly inward version of ‘Stardust/The Minute Waltz’, again given a luscious vocal quality, which is beautifully captured by Todd Whitelock’s sensitive recording. What a glorious disc to enjoy Warren Wolf’s musicianship with.