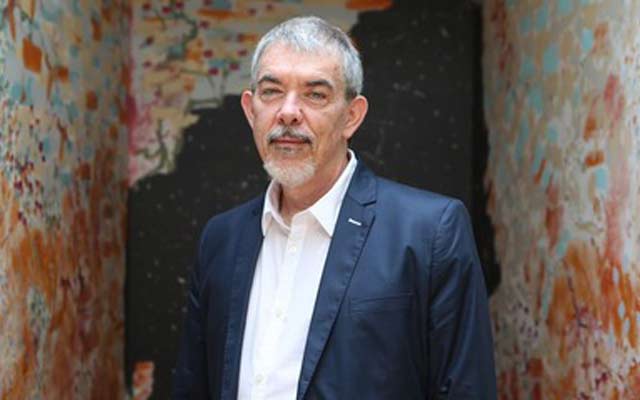 The best art – that which goes for the jugular – also has an immediate and visceral effect on the senses. This is so true of Time Remembered by Bob Albanese whose music comes from both the memory and the imagination. On this record, which really highlights his pianism he also enlists the duo of drummer Willard Dyson and bassist Eddie Gomez. The music itself – and this is largely the pianist’s ingenuity – is highly original, unpredictable, scalic and tonal, the themes seemingly interconnected. It occupies the mind and heart of the listener no sooner than the first notes are struck. And if it was thus that you judged from then on that this is a work of an extraordinarily talented musician you would have honed in on the absolute truth. 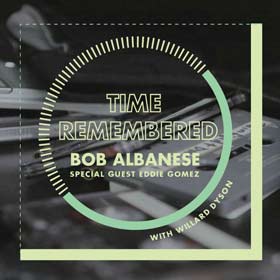 The first piece, “Time Remembered” opens the somewhat impressionistic world that the pianist beckons you into. Then comes the lovely, lyrical “Isfahan”, a piece by the great Billy Strayhorn. By this time you are so drawn into Mr. Albanese’s world that you find it all irresistible. The intensity with which Bob Albanese seeks your attention coils like a spring wound up and in dramatic tension. There seems no other way to describe the energy you experience from chart to chart. His performances simply suck you into sound worlds so consummately and the pianist puts his own twists and turns through them to come through most persuasively.

While these performances are taut, if you crave the coursing intensity of a fuller ensemble you may not go for all of this music, but these are certainly gutsy performances, full of life and stylistic understanding. Bob Albanese is on point to deliver on every promise he has made since his debut. His is a prime intellect but he is also a tremendously intuitive musician as well. His version of Claire Fischer’s “Pensativa” has a shapely spring to it and the music’s burgeoning energy is lucid throughout. “Furmina” quieter movements also feature some tonal richness and the players catch all of the elegiac angles that the piece proffers. I also like the busy vocal pieces, especially his “Changes”, which is in piquant contrast to all of the sophisticated instrumental songs on this disc.

There is a touch of Bill Evans in the air throughout but that does not mean that Bob Albanese’s voice is nowhere to be heard. On the contrary, this is a pianist with a singular voice. Who possesses a wide range of tone colours, extending from the deep and earthy ones to the celestial shades that suggest his music has an ethereal manner conceived in the quintessence. In short, these performances are in no way academic or under-interpreted, and nor can they be described as anything less than profoundly refreshing.

Pianist, composer, educator Bob Albanese, a native of Newark, NJ, began playing piano at age 8, and by the age of 14 won top prize at the Garden State Arts Festival. A natural on the piano, he is equally at home in jazz, Latin, world, classical and theatrical musical settings. Albanese works with a wide stylistic cross section of artists. Read more…