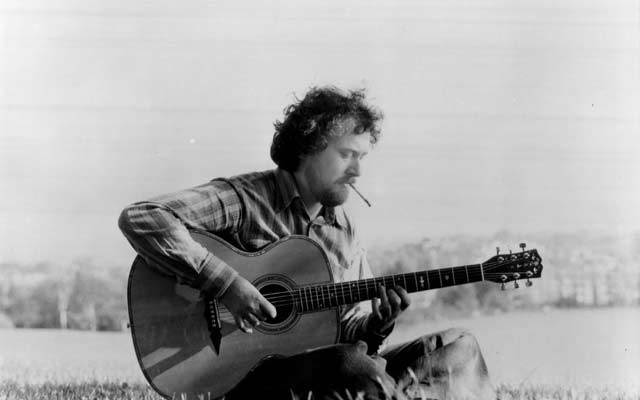 Regarding the mighty, in Shakespearean political tragedies, ‘the good is oft interred with (their) bones’. Happily that is not the case with the arts. And while I too mourn the loss of John Renbourn – it’s hard to imagine British music without him – I felt my spirits rise in elation with The Attic Tapes supposedly ‘lost tapes’ made by the extraordinary Scotsman in a friend’s attic. Mr. Renbourn’s hidden gems might go a long way in according him greater recognition across the pond, something he greatly deserves and for those listeners who did not grow up on a sufficient staple of traditional music from Britain and the osmotic relationship it has had with the blues. It also bears mention that John Renbourn was a charter member of the fabled group, Pentangle. It is sometimes difficult to separate Pentangle from Mr. Renbourn and vice versa although in listening to this music his breathtaking virtuosity as a guitarist is front and centre more often than it was with Pentangle. 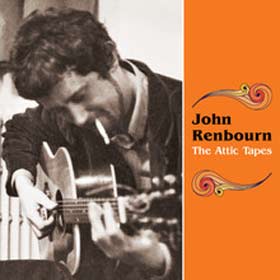 It is astonishing how perfectly formed these songs are. And yet I should not be surprised. John Renbourn shows a side to him that is made completely of music. As a guitarist he is virtually unsurpassed in terms of technique and expression. His fingers are magical whether he is playing impossible chords, or long, single note lines. Listening to him on this album is like witnessing a miracle, his playing seems to breathe fragrance, his way of spinning off a phrase like so much gossamer threads, his inflection and tone colour make his a thorn in the side of received folk wisdom. Who else could have captured the elusive magic of blues-inflected folk music as if they were born of the same muse? Who else could write music of such immaculate breadth and nuanced virtuosity all at once? Naturalness is at the centre of his art. Here he gives even the finest of jazzmen – certainly jazz guitarists – a run for their money.

The last time such a treasure trove of music was ‘discovered’ we were talking of Bob Dylan and the Band’s Basement Tapes. This is a shorter record, but it is no less choking with gold which is why many, like me, would be hard pressed to even name a favourite or two. It seems that these are flawless performances from end-to end. So in the unlikely event that there is a listener who has not heard of John Renbourn, this might be a fabulous place to start. This record encapsulates the most inimitable elements of his playing: the unmistakable personal sound, searing melancholy, fabulous dexterity, spontaneity, impish delight and an original musical mind. Above all, like the whole recital, it is as entertaining as it is compelling. Of how many records can you say that today?

Track List: Anji; Blues Run The Game; Rosslyn; Picking Up The Sunshine; I Know My Babe; The Wildest Pig In Captivity; Candyman; Buffalo; National Seven; Train Tune; Judy; Beth’s Blues; Cocaine; Courting Blues; It Hurts Me Too; Portland Town; Plainsong; Can’t Keep From Crying; Nobody Knows You When You’re Down And Out.

John Renbourn studied classical guitar at school and it was during this period that he was introduced to Early Music. In the 1950s, along with many others, he was greatly influenced by the musical craze of “Skiffle” and this eventually led him to explore the work of artists such as Lead Belly, Josh White and Big Bill Broonzy. Read more…