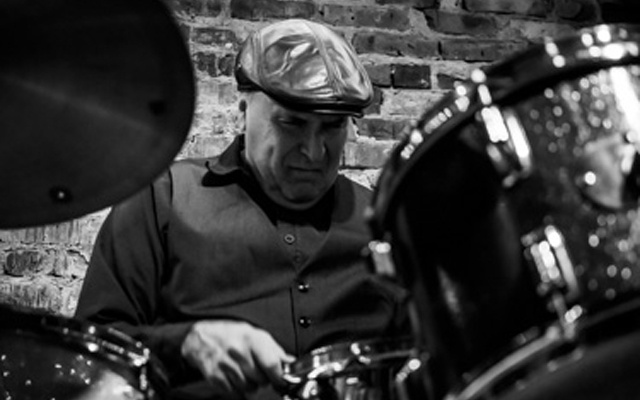 These brilliantly original works are among those of Billy Mintz that are most approachable and are cornerstones of the drummer’s quintet repertoire – sextet on one track on Disc Two. Although the music is ensconced behind (mostly) one-word titles its highly evocative nature is brought out in light and shade and in mesmerising tones and textures. The latter aspects play a prominent part in the armoury of Billy Mintz, whose work is not only highly regarded for its rhythmic invention, but for its melodicism also. Add that to Mintz’s insanely virtuosic skill as a percussion colourist a set of discs that bring new definition to drumming in and out of time as we know it.

Ugly Beautiful is a recording comparable with the best ever by any modern drummer and then some. Its moist, loosely balanced recording gives the music much of the dark atmosphere that was intended for it by its composer Billy Mintz. And it is the drummer who brings both muscle and imagination to the epic two hours of music. As the heroic nature of the music calls for there is a surfeit of volume, density and sheer length of music. Ass in “Shmear” on Disc One, and on “Tumba”, “Ugly Beautiful” and “Relent” on Disc Two, players must have prepared assiduously to throw themselves into the circus ring, 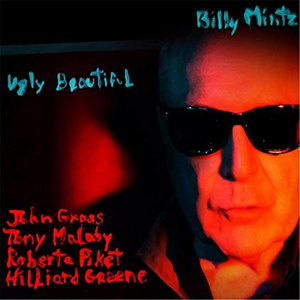 as well as indulge in the marvellously profound resonance of (the music’s) lyricism. In “Ugly Beautiful” itself subtlety of articulation and elasticity are essential in its broad narrative sweep.

In both performances – on Discs One and Two – there are moments of unexpected revelation: amid the manic gaiety of “Ugly Beautiful” comes a strange reflective episode performed by Roberta Piket on the Hammond B3. It conjures themes from the rhetorical questioning of a mystical object, which as in its distorting mirror ugly becomes beautiful again. In “Retribution”, although all members are present, to my mind, bassist Hilliard Greene is the star. His monumental playing con arco sets the tone for the songs slow movement, and following the rapt intensity of Greene’s performance, and throughout, the players keep the textures spacious and take care with the long-term shaping of the two-part piece, submitting themselves to the music’s profound quietude.

In the midst of the rollicking sure and rumble of the drums, Billy Mintz and the saxophonists, together with Piket, who returns on Hammond B3 again to build an overwhelming ending, carillons of bell-like figures are resurrected by the saxophones, given thunderous momentum by the drumming of Billy Mintz. The drummer shows himself to be a fascinating composer as he writes most idiomatically for the saxophones of Tony Malaby, John Gross and – when he is called upon to play – Anton Denner as well. All of this comes to a head on “Cannonball” of course wherein saxophonists and Piket relax into the song’s dream-like tempo as Hilliard Greene takes care of business with Billy Mintz as colours bleed, edges blur and memories flood in. The poetic, yet hypnotic pulse creates memorable magic as the music fades, but not before a tremendous head-rush.