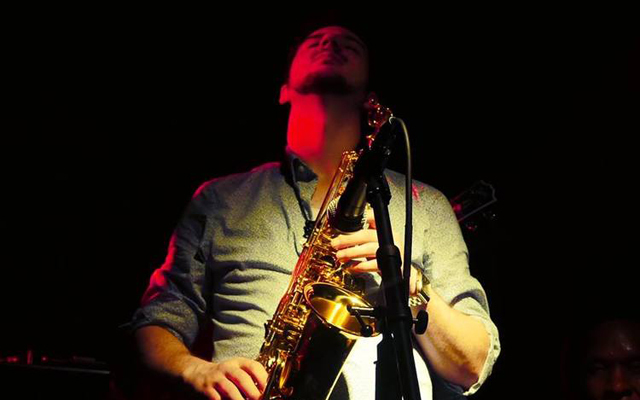 Young virtuosos are not always proof that the future of music is in good hands. Their yammering, often faster than the speed of light to inform us that they have “heard” Art Tatum, Oscar Peterson or Errol Garner; Bird, ‘Trane or Sonny Rollins and taken them to heart. But as the Great Bard once said, “Life’s but a walking shadow, a poor player/that struts and frets his hour upon the stage/and then is heard no more. It is a tale/told by an idiot, full of sound and fury/signifying nothing. There are indeed exceptions – albeit few and far between – and it is these musicians who give hope to the future of music. Happily Mike Casey is one of these musicians. He seems not to brandish his tenor saxophone as a weapon of war, but rather he makes music out of great gulps of air, which are delivered through its reed, softened by the song. And he always makes you want to listen.

It also looks as if Mike Casey took Dizzy Gillespie to heart when he titled his debut CD The Sound of Surprise, then followed it up with the best thing that he could do: namely fill it from end-to-end with music recorded before a live audience. Taking this step also meant that Casey was willing to abjure virtuosity – something he actually has in spades – and to show up with seven melodies and nothing else but good, old-fashioned swing. And you can be sure that Mike Casey has great taste as well: he showed up with Ornette Coleman, John Coltrane, Jackie McLean, Kurt Weill and also lead sheets 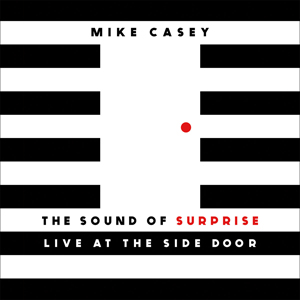 written by drummer Corey Garcia and himself. And so making his intentions – to be a part of the continuum of this exalted music, Casey proceeded to entertain his audience with the very best that he and the music has to offer.

We are lucky, then, that Mike Casey chose to have this session recorded at The Side Door in Old Lyme, CT a little over a year ago. The set captures a priceless gig of the sort that is rarely seen today; an intimate, informal masterclass in improvisation by young, world-class players in front of a rapt audience. On each of his saxophones – alto and tenor – Mike Casey arrives at satisfyingly foreseeable destinations by surprising, inventive and absorbing routes. The inspirations behind the compositions are varied and thought-provoking, realised in engrossing trio performances with Corey Garcia and Matt Dwonszyk on bass and playing voluptuous notes to Garcia’s bright tattoo. Harmonies are laced with chic phrases and every performance engages the head, heart and feet.

The partnership and place are perfect; Casey’s mellow, luminous saxophone lines swinging in tandem with Garcia and Dwonszyk’s poetic, melodious bass through this programme of choice standards, such as “Miles Mode” and “Little Melonae”. There are delicious digressions, but not a dead spot nor a blind alley to be found. And whether making the dizzying foray into :Turnaround” or the haunting ballad “Heartbreak”, or making a detailed, deep blue study of “Little Melonae” the interplay between Mike Casey, Corey Garcia and Matt Dwonszyk is simply sublime.