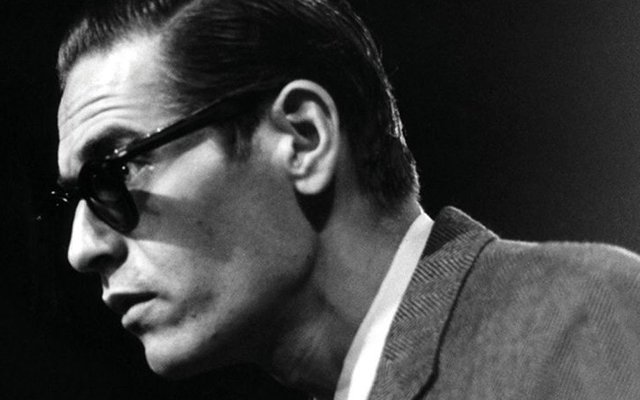 It’s impossible to understate the important work that the sleuths at Resonance Records do for music and the discovery and release of this recording by Bill Evans and his 1969 trio, Evans in England is further proof of that. By the time that the 1960’s had rolled around, Mr Evans had turned the intimacy of his trio performances into something so eloquent and profound that listening to him play with just bass and drums was a near-spiritual experience. His trio with Scott LaFaro and Paul Motion, to many, was the Holy Grail of musical interplay between three musicians whose pulsating hearts seemed to beat as one, whose coursing blood seemed to be replaced with black dots leaping and pirouetting in harmony, impelled by the glorious rumble of the dancing rhythm of bass and the rattle, hum and sizzle of drums.

And then Scott LaFaro was tragically killed and Mr Evans was seemingly cast adrift. Even after Orin Keepnews persuaded him to return to the unfinished business of making trio music, and even after bassist Chuck Israels appeared in his (Mr Evans’) orbit, the pianist had seemed to be cast adrift; lost without the vital part of his beating heart. But in 1966, he seemed to “live” again after he heard the young bassist Eddie Gomez and dispatched – by Mr Gomez’s own recollection – Helen Keane to ask the bassist to come and join his band. What started off as one gig developed into a tour with the pianist leading a “new” trio with Mr Gomez and drummer Jack DeJohnette. Two years later Mr DeJohnette left and was replaced by Marty Morell and everything clicked into place again. 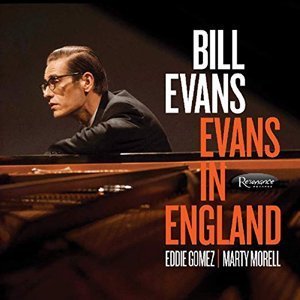 The Bill Evans Trio with Mr Gomez and Mr Morell became the longest trios of the pianist and lasted until 1975 when Mr Morell retired from music altogether. The band was one of the most sought after groups in Jazz. Mr Evans had been decorated several times with Grammy Awards by then. But more importantly his playing regained the elusive magic that it had between the late 1950’s and mid 1960’s with Mr LaFaro and Mr Motian. Now we discover that about Christmastime in 1969 this Bill Evans Trio was playing at Ronnie Scott’s in London and their performance was recorded by a fan who was cut from the same mould as Dean Benedetti, who had – years earlier – followed Charlie Parker around, recording everything he played. But there were two differences between Mr Benedetti and the person identified only as “Jo” by the collector Leon Terjanian, who became the central figure in this release.

Firstly the music was recorded in its entirety – unlike Mr Benedetti’s Charlie Parker recordings, which only captured Bird’s soli. And secondly – probably more importantly from the listener’s point of view – and probably the powers that be at Resonance – that they were immaculately recorded and preserved. George Klabin, Resonance’s “high pockets” is, after all, a great sound engineer and a veteran of many field recorded musical events, probably often equally surreptitiously –. It seemed too good an opportunity to pass up when super-sleuth Zev Feldman came upon this exquisite recording. All that remained, it would appear, was for Mr Klabin and his team including mastering wizard Fran Gala to weave their special brand of magic, which they have clearly done here.

Best of all is this music, of course. Clearly what was so special about Mr Evans was that emotion permeated his music in all their depth, meaning and naked fragility. There is, in fact, no other musician for whom the piano became the supreme means of Romantic self-expression. And this double disc reinforces that aspect of his playing in a very special way. With every song he plays in this repertoire Mr Evans shows himself to be an introvert and a miniaturist infusing the conventional song form with an intimacy and emotional intensity with something what Heine once recognised in Chopin: “the poetry of feeling”. And this is what sets Mr Evans apart from everyone who came before and after him.

It is as if Mr Evans moistened the felted hammers of the piano with tears then glazed them with a whisper and a caress. Listen to the manner in which he performs “Two Lonely People” or “Goodbye”. His emphasis on the long, unbroken lines in the right hand turn these melodies in to be highly poetic balletic movements. What marks them – and, indeed others as well, as uniquely his own is the way in which he decorates simple phrases not as ornaments for ornament’s sake but as the expression of deeply felt emotions. As if this were not enough Mr Evans pouts his indelible stamp on the Thelonious Monk -Cootie Williams classic “Round Midnight” (to which Bernie Hanighen also put lyrics), marking this performance as a benchmark.

Mr Evans was also so comfortable with his company as to make space for them to express themselves with a freedom that he carried over from his great trio and from his experiences with Miles Davis too. Eddie Gomez’s performance, for instance combines a strong touch with quicksilver imagination. There is no lack of drama in his playing and he never loses sight of the essentially “vocal” conception of the melodic lines. Marty Morell ignites the music with his monumental rhythmic conception. His performance is high on spontaneity and abounds in small imaginative touches which one hears in slow pieces as well as lightning fast ones and he is equally adept as wielding sticks and brushes.

Of course the ultimate hero is Mr Evans, whose dramatic genius is set free in melodic and harmonic conceptions that he employs to interpret these works and also – especially – in his iconic compositions such as “Waltz for Debby” and “Very Early” as well as rarely played gems such as “Sugar Plum. What seems like an encore, “Polka Dots and Moonbeams”, so vastly different from Bud Powell’s one which is always tinged with sadness, is filled with breathtaking ebullience to end the recording. The sound quality is immaculate and is further proof that an analogue recording such as this trumps digital ones by any stretch of the imagination. And in this regard, hats off to Mr Klabin and Mr Gala, for preserving this – through the pure rendering of the piano sound, the woody sound of Mr Gomez’s bass and with bringing Mr Morell’s drums so explosively and vividly to life but never at the expense of the bass – which is something many modern offerings as guilty of doing.