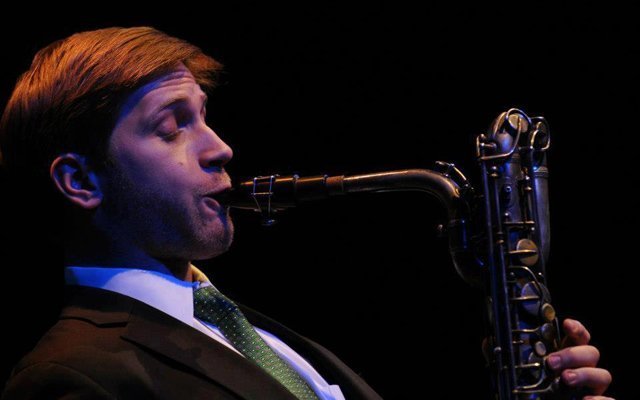 The baritone saxophone in jazz is a relatively small tribe with historically notable “chiefs” numbering the legendary Harry Carney, Manny Albam, Serge Chaloff Cecil Payne and Pepper Adams as well as great and versatile players such as Ronnie Cuber, Gerry Mulligan, Joe Temperley and Leo Parker. Among the younger players are Brian Landrus and Paul Nedzela, who has filled Mr Temperley’s big shoes as first baritonist in the Jazz at Lincoln Center Orchestra. Although the spotlight has sometimes shone on him during the stellar performances of New York’s glorious ensemble, he has certainly merited this debut recording as leader, appropriately entitled Introducing Paul Nedzela. 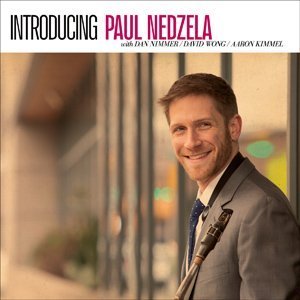 Clearly relishing this outing where the spotlight is solely on him, Mr Nedzela turns in a strong, yet sensitive performance that is also, by turns, enigmatic (as on Kurt Weill and Ira Gershwin’s “My Ship”) and vivid (as on “Stutter Step”). Meanwhile on the rest of the 10-song repertoire Mr Nedzela is impressively fluent, with a biting attack that is incisive and sleek. His tone is broad, and dripping with a solid gold tonal palette. In addition, Mr Nedzela conducts himself with wonderful touch, directness and atmospheric command. The complexity and density of the climaxes – all perfectly timed in each of the pieces he plays is formidable. By the end of his performance I am left marveling at this virtually clinical master-class in the art of the baritone saxophone as well as the soprano saxophone when he plays that instrument.

Perhaps the only flaw on this package, if I may be allowed to suggest one, has nothing to do with musicianship, but rather is something to do with the presentation of this production. None of the song titles credit the composers, although listeners may be familiar with some. But it’s unclear even if many aficionados may know, for instance, that Hermeto Pascoal wrote “O Farol Que Nos Guia”. The reason that this is important to note is that composers – especially those in music other than classical music – are all too often deprived of their due recognition. Clearly Mr Nedzela must have paid his copyright dues justly in order to record them. But when composers’ names appear alongside the music on a recording package, it reminds listeners – especially those paying close attention – of just who was originally involved in a particularly beautiful composition. Mr Nedzela would also benefit from this attention had his own name appeared alongside his compositions.

In saying that, I would be remiss if I did not end by saying this is meticulously-chosen repertoire which is performed to perfection. That’s not hard to reason why. Mr Nedzela’s performance is indeed thrilling, but he has also chosen his musicians wisely. Dan Nimmer is a prodigious virtuoso pianist with a deep knowledge of Jazz – historically and stylistically. Bassist David Wong turns in a typically spacious and transcendental performance as does Aaron Kimmel, who comes across not only as one with perfect time, but also as a breathtaking percussion colourist. All in all, a stellar debut by a any standards.