This performance – People Show 139 – is an evening of live music and imagery from the multi-instrumentalist, composer and impeccably attired George Khan who has been part of the British music scene since the mid ’60s and a People Show member since 1967. With special guests including Mike Figgis, Charlie Hart, and Terry Day, the programme will include a range of music styles and feature his original compositions.

This event takes place in the relaxed surroundings of the Toynbee Studios Arts Bar and Café around a mile from Mr Khan’s birthplace and around the corner from Petticoat Lane where his mother had a stall. 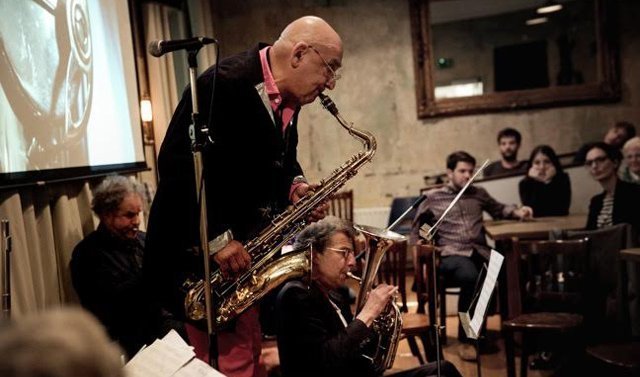 Mr Khan is a living legend. Andy Robson, Wired Magazine says of Khan: “As heroes go, Khan is cruelly unsung, not that he’d give a monkey’s, but few in the world of jazz and theatre have matched his creativity, let alone his longevity.”

“George’s music and compositions inform who we, the People Show, are. One of the thrills of my life has been to be allowed to play with George Nisar Khan” said Mark Long.

Formed in 1966, People Show has been creating devised performances in theatres, in telephone boxes, on streets, even on water, for five decades, and its radically disruptive influence has made a major contribution to the current theatre landscape. 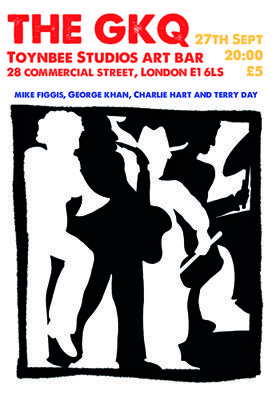 Today People Show are a core group of six artists who work together, and also independently, with a much wider network of Associate Artists who have been, and continue to be, involved with the company on a show by show basis.

People Show have always numbered their shows, starting with no. 1 in 1966. More information about People Show activities may be found here