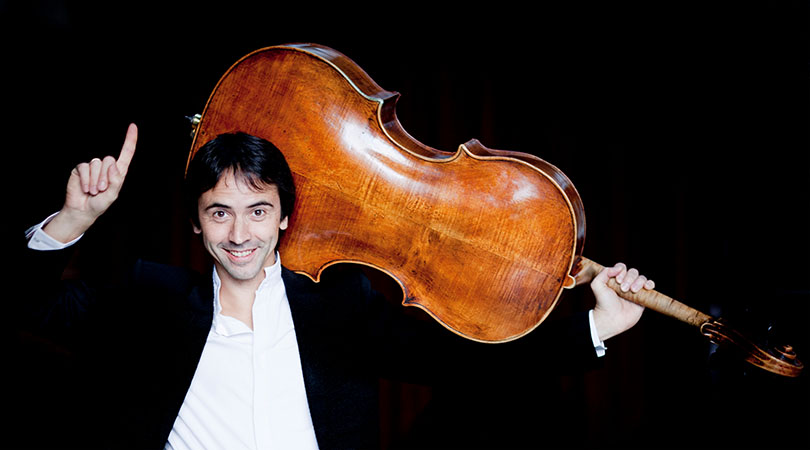 Alban Berg (1885-1935) had already reached celestial heights first as a student of Arnold Schoenberg, then as a composer in his own right. But a love for Hanna Fuchs, that he held in the secret of his heart was about to inspire one of his most magnificent works in Lyrische Suite, which was premiered as a string quartet in Vienna by the Kolisch Quartet in January 1927. At the behest of his publisher, Berg expanded the piece by transcribing the second, third and fourth movements for string orchestra and this was performed in 1929 under the direction of Jascha Horenstein. The work was ostensibly dedicated to Alexander von Zemlinsky; a not so transparent ruse, for the all-consuming passion and elemental anguish of the work belies its actual intent. For Berg was smitten and consumed by passion for Hanna Fuchs, the married sister of Franz Weferfel. Perhaps not wanting to taint the reputation of Ms. Fuchs, yet careless about his own, Berg turned to express his feelings in a manner he knew best: a work of anguished beauty set to music.

This was living, breathing music, which served to take Berg’s passion for Ms. Fuchs and inform her, not so secretly after all of his all-consuming, but also unrequited love for her. The dramaturgy of this sub-text is contained in the six movements of the suite. The work (1st and 6th parts, the main part of the 3rd and the middle section of the 5th) has been mostly written strictly in accordance with Schoenberg’s technique of the composition with 12 inwardly related tones. A set of 12 different tones gives the rough material of the composition, and the portions which have been treated more freely still adhere more or less to the technique. The first movement is not strictly twelve-tone, with the opening four chords being derived not from the series but from the interval-7 cycle. Taken as a whole Berg’s celebrated Lyrische Suite is a latent opera. It bears mention at the very outset that Jean-Guihen Queyras performs this work with unbridled ingenuity, tempering virtuosity with a deeply passionate reading of the score. The highlight of his playing is that he appears to be completely consumed by Berg’s affair that he becomes a critical part of the dramatis personæ of this magnificent piece.

The concealed, encrypted vocal nature of the Lyrische Suite, seemed to have been taken from the setting of Baudelaire’s De Profundis Clamavi in its finale movement. Berg used the signature A-B♭-H-F to combine Alban Berg (AB) and Hannah Fuchs (HF). This is most prominent in the third movement. Berg also quotes a melody from Zemlinsky’s Lyric Symphony in movement four which originally set the words “You are mine own.” In the last movement, according to Berg’s self-analysis the entire material, the tonal element too as well as the Tristan motif was developed in strict adherence to the 12-note series. The outer sections of the Allegro Misterioso present the same music forwards and then backwards, while in the Trio ecstatico, the B section of the ABA, is through-composed. Berg generates a characteristic rhythmic cell through partitioning the series into a seven note chromatic segment and a complementary five-note motive from the remaining notes. However the form of the piece unfolded what Berg created was a living, breathing work with drama so fervent and so anguished at the same time that the music burns through the soul even if the listener is unaware of its subtext.

Arnold Schoenberg (1874-1951) contributes Verklärte Nacht (or Transfigured Night), Op. 4, to the second part of the musical programme on this splendid recording. This is a string sextet in one movement composed by Schoenberg in 1899 and his earliest important work. Composed in just three weeks, the work was inspired by Richard Dehmel’s poem of the same name, along with Schoenberg’s strong feelings upon meeting Mathilde von Zemlinsky (the sister of his teacher Alexander von Zemlinsky, whom he would later marry. The movement can be divided into five distinct sections which refer to the five stanzas of Dehmel’s poem. However, there are no unified criteria regarding movement separation. Dehmel’s poem describes a man and a woman walking through a dark forest on a moonlit night, wherein the woman shares a dark secret with her new lover: she bears the child of another man. The stages of Dehmel’s poem are reflected throughout the composition, beginning with the sadness of the woman’s confession, a neutral interlude wherein the man reflects upon the confession, and a finale which reflects the man’s bright acceptance (and forgiveness) of the woman: O sieh, wie klar das Weltall schimmert! Es ist ein Glanz um Alles her (see how brightly the universe gleams! There is a radiance on everything).

Schoenberg, the 20th-century revolutionary and later inventor of the twelve tone technique, is perhaps best known among audiences for this early tonal work. The piece derives its stylistic lineage from German late-Romanticism. Like his teacher Zemlinsky, Schoenberg was influenced by both Johannes Brahms and Richard Wagner and sought to combine the former’s structural logic with the latter’s harmonic language, evidenced in the work’s rich chromaticism (deriving from Wagner’s Tristan und Isolde) and frequent use of musical phrases which serve to undermine the metrical boundaries. The work comprises five sections which correspond to the structure of the poem on which it is based, with themes in each section being direct musical metaphors for the narrative and discourse found in the poem. As such, the piece is one of the earliest examples of program music written for a chamber ensemble. The original score calls for two violins, two violas and two cellos. In 1917, Schoenberg produced an arrangement for string orchestra (a common practice at the time), and revised this version in 1943. There is also a version for piano trio by Eduard Steuemann.. The string orchestra version is the one most often recorded and performed. The work has also served as the basis for several ballets.

Here, on this recording, however, the stirring drama of the piece is interpreted, again, passionately by the Ensemble Resonanz, under the direction of cellist, Jean-Guihen Queyras. Put together with Berg’s Lyrische Suite this is one of the most memorable recordings from Harmonia Mundi.

Jean-Guihen Queyras is a French Cellist. He was born in Montreal, Canada in 1967, and moved with his parents to Algeria when he was 5 years old; the family moved to France 3 years later. He is a professor at the Musikhochschule Freiburg and artistic co-director of the Rencontres Musicales de Haute-Provence. He won the Glenn Gould Protégé Prize in Toronto in 2002.

Queyras has recorded for Harmonia Mundi, including the Dvorak cello concerto and ‘Dumky’ piano trio, and the complete cello suites of both Johann Sebastian Bach and Benjamin Britten. He recorded Haydn’s and Monn’s cello concertos on a period instrument with the Freiburger Barokorchester. He has also recorded the complete Vivaldi cello concertos with the Akademie für Alte Musik, Berlin. His recordings have won distinctions such as Top CD – BBC Music Magazine, Diapason d’Or, CHOC du Monde de la Musique, 10 de Classica/Répertoire, and Editor’s Choice from Gramaphone. His repertoire also encompasses more recent works, which he performs internationally: he gave the world premieres of Ivan Fedele’s cello concerto (Orchestre National de France, Leonard Slatkin) and Gilbert Amy’s concerto (Tokyo Symphony Orchestra at Suntory Hall in Tokyo). In September 2005, he premiered Bruno Mantovani’s concerto with the Saarbrüken Radio Sinfonie Orchestra and Phillippe Schoeller’s Wind’s Eyes with the SWR Sinfonieorchester Baden-Baden and Freiburg. Queyras is part of the Arcanto Quartet with Antje Weithaas, Daniel Sepec and Tabea Zimmermann. He plays a cello made in 1696 by Goffredo Cappa.

The Ensemble Resonanz represents a new generation of musicians: with joy and biggest musical claim they are dedicated to the music of the 20th and 21st century and let them meet in meaningful as new programs on freshly interpreted masterpieces of earlier eras. To open up new paths and to cross familiar boundaries is one of her trademarks.

Germ cell and home port of artistic creation is the Hamburg concert series “resonances” in which the ensemble its unique programmatic vision presented together with renowned soloists and the most popular composers of the time. Innovative music education projects and alternative concert forms pave as an elementary part of the overall program the way to new audiences and in the future. From the concert series “urban string”, the booming club format in the Schanze quarter, up to five new anchor offerings that invite you to new realms of experience around the resonances: in Residence at the Elbe Philharmonic Hall and Laeiszhalle and at home in St. Pauli succeed »Hamburg einfallsreichstem Ensemble” (the world) again and again to bridge the gap between classical music at the highest level and urban culture. Also on the international stage, the ensemble response has earned an excellent reputation and leaves on concert tours to Vienna, Salzburg, Paris, Venice, Amsterdam, and from India to New York and back to Mexico an enthusiastic international audience. In this way, the organized as Unternehmerkolletiv musicians are given regularly by the internationally acclaimed violist Tabea Zimmermann since September 2013, the exceptional cellist Jean-Guihen Queyras follows as Artist in Residence and will be seen in numerous joint rehearsals and concerts with the ensemble.