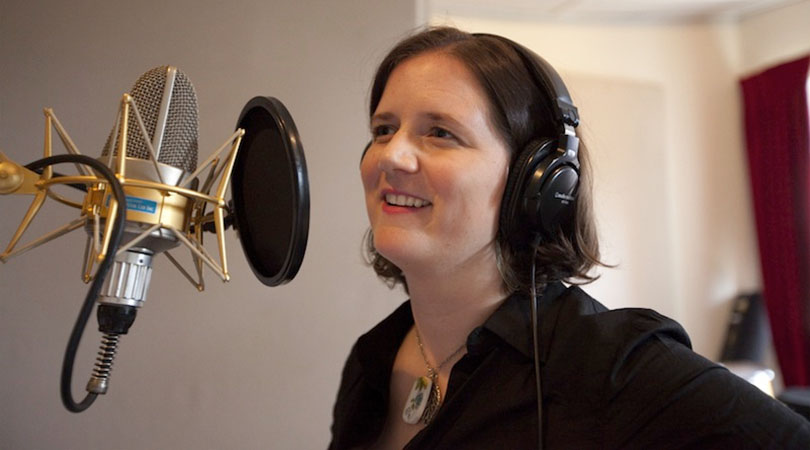 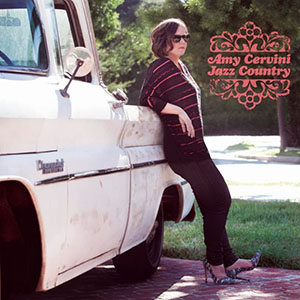 Every aficionado knows that before there was jazz and blues there was the folk idiom. And folk music also begat the blues—and in some places—it also begat spirituals and much later, rock and roll. But now, Amy Cervini’s fine album Jazz Country suggests that the cocky dynamism and sometimes the melancholia of country also makes for fine transpositions into the realm of improvised jazz music, the way the founding fathers might have written in another state of mind and being. Ms. Cervini sings these fourteen songs with breathtaking beauty, her round shoulders rising and falling as the lyricism of the music falls upon them. She takes each line to heart and makes them her own as she enters into each story secretly, almost as if she were an interloper spying upon the characters as their internecine relationship plays out. As to the songs, when Ms. Cervini makes them her own, she succeeds in transporting the lyric and the listener to a place of exceeding beauty. Ensconced in such a place listener and singer spend time in a hypnotic trance as the music is permeates body and soul, and it seems that neither singer nor listener might ever recover from such a fabled entrapment.

Amy Cervini is a magnificent singer. She inhabits her music totally. In fact she is so inextricably a part of the music that she might just as well be the music of the writers and arrangers of her exquisite programme. Ms. Cervini can be mesmerising in a manner similar to that of a fabled character from that realm that is so beyond the everyday blues that her charm is almost too pure to endure. She puts on no pretense. There is a dramaturgy in her music, but it is completely unaffected. Her emotions are almost nude and there is absolutely nothing disingenuous about her delivery. Style being fortuitously absent from the proceedings, Ms. Cervini is one of those vocalists who owes much to that stripped down manner of singing that Blossom Dearie was famed for. However, Ms. Cervini is a singular voice equally adept at singing in English as well as in French, it seems—a language in which she is also a fine composer. Her rendition of “Je danse avec la neige” is exquisite; her diction is perfect and pure and based on this one performance it would seem certain that this will not be the last. It is performances such as this, as well her mesmerising performance on “Calling You” that make this album truly memorable.

Unforgettable also are the performances of bassist, Matt Aronoff guitarist and vocalist Jesse Lewis who is absolutely brilliant on “Song for the Mira.” There are also stellar performances by Anat Cohen on clarinet, by Marty Ehrlich on saxophone; the magnificent composer Nellie McKay also puts on a star turn on “Wallflower Lonely,” Nadje Noordhuis makes a fine appearance on “Drivin’ Cryin’ Missin’ You” and Gary Versace is just a superb on “Penguin Dance.” But the most beautiful performances are those with Ms. Cervini’s husband, Oded Lev-Ari. Something of absolutely ethereal beauty is channeled on “Go Gently to the Water” and “Penguin Dance”. With such exquisite music on Jazz Country and the earlier album Digging Me Digging You it will not be easy to wait for what is to come to next from this exceedingly talented artist.

Amy Cervini is a jazz-honed singer who has the big ears and free spirit to reach far and wide for great material, whether it’s from Cole Porter or Leonard Cohen, Nellie McKay or Willie Nelson. February 2014 brought the release of the Toronto-bred, New York-based vocalist’s fourth solo album and second for Anzic Records: Jazz Country, which sees Cervini perform jazz, country, folk and pop songs – a mix she calls “North Americana” – with a sense of storytelling, melody and atmosphere to the fore. Jazz Country has already garnered a four-star review in DownBeat, which has also named her a Rising Star two years in a row in the magazine’s Critic’s Poll. Cervini’s latest release follows Digging Me, Digging You (January 2012), an homage to the vintage jazz pixie Blossom Dearie that DownBeat declared “a gem.” Prior to that were the albums Love Fool (2009) and Famous Blue (2007), which established Cervini as one of the more individual talents on the North American scene for her intrepid sense of song and pure-toned, ever-swinging vocalism. The New York Times has enthused over her as “a thoughtful and broad-minded jazz singer,” while the All Music Guide recommends her recordings for a “honest, self-assured and honey-dripping presence clearly heard.”

Jazz Country – produced by star drummer Matt Wilson, who put his sticks down to take a seat behind the board – finds Cervini league with her eponymous Jazz Country trio mates: guitarist Jesse Lewis and bassist Matt Aronoff. The album also features such guests as clarinet superstar Anat Cohen, one-of-a-kind singer-songwriter Nellie McKay and avant-jazz saxophonist Marty Ehrlich, among others. Jazz Country features songs by the likes of Hank Williams and Neil Young, Johnny Cash and Carrie Underwood; there are kindred-spirit originals, inspired novelties and a soundtrack classic (“Calling You” from Baghdad Café), along with irresistible versions of such evergreens as “Blue Moon” and “Smile.” Along with praising the “genuineness” of Cervini’s interpretations, the DownBeat review extolled her singing, saying: “The pure tone and crystalline expressiveness of her alto – along with sure phrasing – do the trick.”

Cervini has performed in clubs and concert halls from Toronto to Tel Aviv and in New York City venues ranging from the Cornelia Street Cafe, Joe’s Pub, 55 Bar and the Knitting Factory to the Jazz Standard, Birdland, the Blue Note and Carnegie Hall. She performed at the Newport Jazz Festival’s inaugural Family Concert, along with establishing the “Jazz Kids” concert series in New York City. Cervini works regularly with her “North Americana” group Jazz Country, and she has a new vocal-harmony trio, Duchess, that sees her alongside Hilary Gardner and Melissa Stylianou. She made a guest appearance with Matt Wilson’s all-star Christmas Tree-O band at the Jazz Standard in December 2013. Such performances have been praised far and wide. The Boston Phoenix has said, “Her singing drew distinctions between rhythm and phrasing – that is, she can swing, but she also knows where a lyric should fall in the melody and how to turn a syllable.” And the Ottawa Citizen declared that “the ex-pat Canadian sings terrific, gimmick-free jazz [with a] poise, intelligence and an unforced honesty that makes every song ring like it was her own.” For her part, Cervini says: “I just want to make listeners feel something when I sing. I know that’s why I go to a show, because I want to feel, to be moved.”

Born in Toronto, Canada, in 1977, Cervini studied classical piano as a teenager in an advanced program at Canada’s Royal Conservatory of Music. While attending the Etobicoke School of the Arts, she focused on the saxophone and performed with the Toronto All-Star Big Band. Although she sang solos in choirs and was called upon for vocals as one of the few women in big bands, singing was peripheral to her studies until she auditioned to attend the New England Conservatory in Boston. She was auditioning on her principal instrument, the alto saxophone, when the instructor asked her if she sang. She ventured “Bye Bye Blackbird,” and the audition board was knocked out.

“It’s ironic, but if I hadn’t have sung for them, I probably wouldn’t have gotten into NEC,” Cervini recalls. “I was a double-major in saxophone and voice there until about half-way through, when I dropped the sax. I was self-conscious, and still am, about my improvising skills on the horn, whereas singing felt natural for me, everything about it. But being a saxophone player was crucial to me as singer in that it really helped my feel. I started out as a jazz player, not in musical theater; as a teenager, I was listening to Charlie Parker, Cannonball Adderley and Paul Desmond, not show tunes. So, I learned what it was to be in a band, inside a band. Now I can make my own charts, really lead a group and swing in a natural way; singers sometimes have a bad reputation in those areas, but being a player was invaluable for helping me really develop that feel, as well as the confidence to front a band.”

The Amy Cervini Quintet’s 2007 album Famous Blue saw the singer range from Cole Porter’s “Don’t Fence Me In” and Billie Holiday’s “Don’t Explain” to contemporary art-pop songs by the likes of Leonard Cohen (“Famous Blue Raincoat”), Feist (“Mushaboom”) and Fiona Apple (“Extraordinary Machine”). Cervini’s 2009 solo album, Lovefool, features her hugely winning interpretation of the title gem by the Cardigans, as well as the first recording of Fred Hersch’s “Lazin’ Around” and versions of the ever-popular standard “Comes Love” and far-flung numbers by Willie Nelson (“Sad Songs and Waltzes”), Nellie McKay (“I Wanna Get Married”), Jack Johnson (“Upside Down”) and Depeche Mode (“Enjoy the Silence”). These were the sorts of efforts that would lead All Music Guide to declare that “Amy Cervini stands out from the pack in her generation.”

Digging Me, Digging You was Cervini’s 2012 homage to Blossom Dearie, the quirky jazz singer who counted among her admirers Miles Davis and John Lennon and whom jazz vocal authority Will Friedwald described as having “a perfect juxtaposition of wit and swing.” Cervini was backed on the album by a band of all-star New York jazz players – including drummer Matt Wilson and clarinetist Anat Cohen – as she put her fresh, contemporary spin on originals by Dearie (“I Like You, You’re Nice”), standards done so well by her (“Everything I Got Belongs to You” by Rodgers & Hart) and tunes that she owned in her way (“Tea for Two” as a ballad, “Figure 8” from Schoolhouse Rock). New York City Jazz Record called Digging Me, Digging You “delightful,” while Toronto’s Globe and Mail said that Cervini “delivers each number with deft authority, easily capturing the effortless swing of Dearie’s delivery while making ample use of her own richly colored tone. Definitely a disc to dig.”

With the new Jazz Country, Cervini explores multiple aspects of the title. Most obviously, jazz meets country on the album or, rather, jazz-schooled musicians explore country, folk and pop music. More deeply, there’s the idea of Cervini’s own jazz country, in New York City. She explains: “At heart, the title Jazz Country reflects a community of musicians – kindred spirits for me, personally and artistically. The band’s initial aim of blending jazz and country music – out of a love for each – has become something more: a celebration of a circle of musical friends, all the diverse personalities and talents.”
— Bradley Bambarger