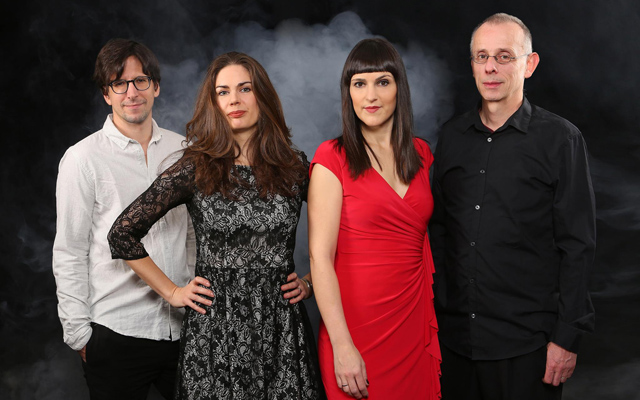 The golden age of German poetry began as the spirit of the eighteenth-century Enlightenment began to shade into early Romanticism. One supreme genius, Johann Wolfgang von Goethe found an unprecedented range of musical possibilities in the German language, to which composers from Beethoven and Schubert to Wolf, Strauss and Mahler responded in a tidal wave of great settings – from the symphonic to Lieder and Art-Song. Admittedly Everybody Knows by Azolia might not fit into any of the categories or styles that have been mentioned above – except, perhaps, Lieder and/or Art-Song, which it most certainly touches upon in more (subtle) ways than one.

The Berlin-based Azolia is an unusual quartet, incorporating voice-artist Sophie Tassignon, whose often recitative and always poetically-sung vocalatics are sometimes backed by Suzanne Folk who, in turn, usually plays alto saxophone and clarinet; besides which there is Lothar Ohlmeier, who plays bass clarinet and soprano saxophone and Andreas Waelti, on contrabass. Their Berlin-ness seems almost assuredly affected by 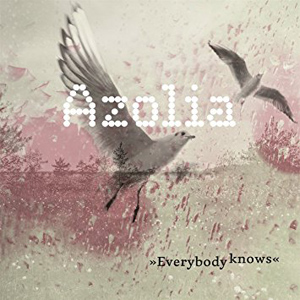 the dark days of the Cold War – both in the themes and the overall sound of the band, characterised either by the mournful woodiness of the clarinets as well as the wailing upper registers of the alto and soprano saxophones glued together by the dark tonal palette of the contrabass.

And then there is the superb despondency of Sophie Tassignon’s vocals. Together with the backing of her musical colleagues on Everybody Knows it’s almost as if Schubert’s Winterreise has been re-crafted. It is in the interminable “winterreise” of the lyrics, and their unfolding in the taut voice of Miss Tassignon, propelled into the bleak silences by bass clarinet and contrabass, or willed heavenward by alto and soprano saxophones. We should not, however, be dismayed by the bleakness of this music that comes from an acute understanding of personal pain, from which it seems to have been created. It is superbly crafted landscape of sadness – altered at times so that occasional flashes of consolation are offered amid its lyric poetry.

This recording by Azolia is ultimately a triumph because of these very qualities – of desolation, but also the understanding of it and the ability to communicate its inner and outer nature with such brilliance – vocal and instrumental. It is this combination of the expression of vocal poetics informed by rich and, at the same time, painfully exact emotions and feelings by Sophie Tassignon together with the authoritative and sensitive interpretative accompaniment by Susanne Folk, Lothar Ohlmeier and Andreas Waelti that are the highlights of this exquisite new and wholly unusual example of German Art-Song, which is, fortuitously, written and sung – for the rest of the world’s benefit – in English.