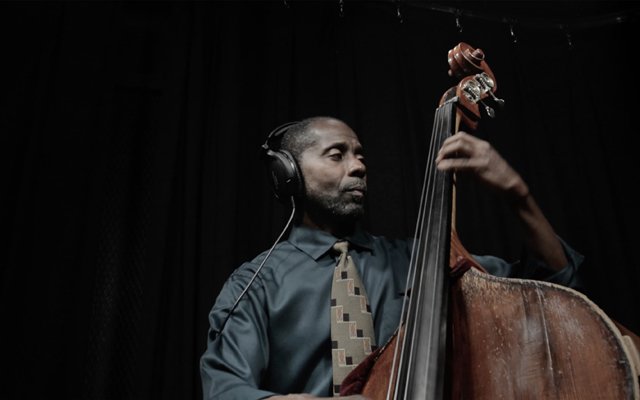 Avery Sharpe made his own dry run at portraying the social and cultural history of the American Negro well over a decade ago and has included two stellar albums – Running Man (JKNM, 2011) and Sharpe on Tharpe (JKNM, 2015). There have been other recordings by Mr Sharpe, of course, and his heightened sense of social awareness has always been preeminent on all of the music he has written and performed. However, 400 – An African American Musical Portrait surpasses everything he has written, its music is his magnum opus in the manner of that “Black, Brown and Beige: A Tone Parallel to Harlem” was for the master Duke Ellington and “Meditations on Integration” was for another master Charles Mingus. 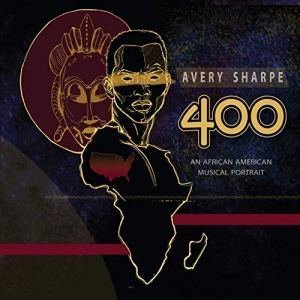 Typical of a modern griot, Mr Sharpe has, in 400 told the epic story of the journey of the African from slavery to emancipation and freedom in the United States of America the new home for generations slaves. It is a story of ugliness and pain and suffering and sorrow, but also of unfettered joy; a rising up from the depths to a rarefied realm. And it is a story told, appropriately, in a language that seems to have been born for its telling: the language of Jazz. Like many epic stories, this one too has a narrative that traverses through time. It begins in the 17th century, when the slave-ships first docked in the Americas to the 21st century when the US is still grappling with the rise of white nationalism and, despite the dismantling of the machinery of slavery, faced with the daunting task of addressing a myriad of forms of discrimination that appears to have become institutionalised.

Mr Sharpe’s composition mirrors the extensive and historical chronology and is bookended by the piece “Arrival” coming of the ships and their human cargo to Jamestown, Virginia and the piece entitled “500” which takes a look at what the presidency of Barak Obama meant for the African American both since his installation in high office and beyond, into the difficult era that his people are having to navigate their way through. In between Mr Sharpe has woven a fabric that contains the history of fear and uncertainty (through “Is There a Way Home”), the effects of colonial life on the African culture, how that culture was both preserved and adaptive towards its European influences (“Colonial Life” and “Fiddler”), the road to freedom after the Civil War and beyond (“Antebellum and “A New Music”), and finally the creation of expression of a freed people who find a home in this new world in war and peace (“Harlem and the War to end all Wars”, “Blues and World War II”) which leads to the triumph of the human spirit in “Ain’t Gonna Let Nobody Turn Me Around”.

The narrative through this musical epic is based on the bedrock of Jazz. Guitarist Kevin Eubanks, saxophonist Dan Braden and trumpeter Duane Eubanks together with the roaring rhythm section led by Mr Sharpe and including pianist Zaccai Curtis, drummer Ronnie Burrage and percussionist Tendai Muparutsa are joined by violins and a vivid and dramatic choir. Together the musicians raise their voices mirroring the history of the African American as he rises from out of the depths to freedom and beyond. The string and winds players meld in with the thunderous drumming and soaring voices bend their technique to Mr Sharpe’s characteristically exacting specifications, plucking and bowing and manipulating their voices to harvest mint-fresh timbres.

The music moves from the arresting opener “Arrival” through the slightly mysterious “Antebellum” to the appropriately dark pieces of “Harlem…”, “Blues…” to the joyous dancing rhythms of “Ain’t Gonna Let Nobody Turn Me Around” and “500”. Solos are thoughtful and melodic and Mr Sharpe continues to ring in the changes in mood, structure and tempo, making for a constantly interesting programme. The considerable degree of balance and integration of melody, harmony and rhythm, of composition and improvisation, of exploration, individuality and tradition is impressively maintained throughout. In the unfolding of this story each musician combines with the other often glued by the chorus of lifting voices to create an elemental sound-world that does full justice to this elegant, compelling and- ultimately – monumental music.