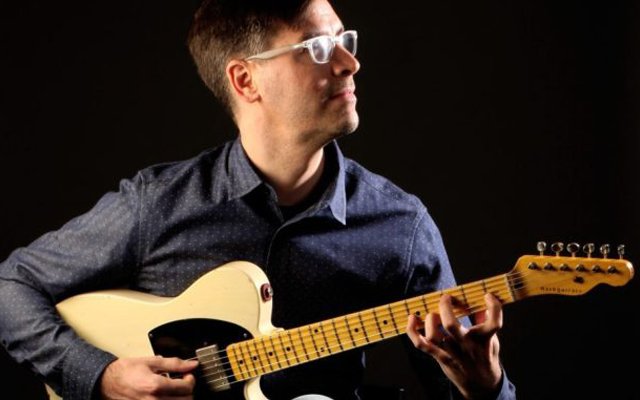 If recent publicity does not suggest that Ian Wardenski is now at the pinnacle of his compositional powers and his musicianship, then it certainly ought to. The scholarly – and we now know, somewhat philosophical – virtuoso may scale greater heights with a recording after this one entitled Collective Thoughts, but even if he never achieves anything better than this album he has ample reason to be proud. The contrapuntal writing and the superlative performance of it all through an idiomatic interpretation of this score is profound, often densely beautiful and at times even joyously swinging and dancing. 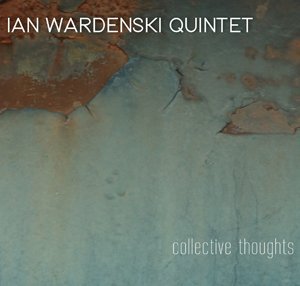 The opener, “Collective Thoughts” sets the stage for the repertoire to come. It is a dancing, joyous piece which engages the listener with its marvelous ensemble playing that is uplifted by Mr Wardenski’s radiant guitar lines. It is followed by the slow, slightly mysterious elegy-laced work entitled “Captain Tea Leaf And The Dodecaphonic Explosion” that is almost in the vein of a meandering western narrative-ballad that Bob Dylan might have composed by infinitely more melodic. All of the rest of the repertoire – especially the Quixotic “Boccato’s Influence” has a rueful feel. The music is constantly laced with a thoughtful, melodic solo by Mr Wardenski. Throughout, Mr Wardenski continues to ring in the changes in mood, structure and tempo, making for a constantly interesting programme.

The surprises, when they come, are effective and discreet; a caterwauling riff by saxophonist Tim Powell, exquisite pizzicato harmonics by Mr Wardenski and, of course the bassist, Amy Shook, who also shows off her considerable melodic skills with a delicate curlicue of a bass line, underpinning what seems like a Gaelic lament from vocalist Tamara Tucker together with the angular lines from Mr Wardenski’s guitar is all quite breathtaking; and a close-knit ensemble passage can develop often from a single swinging phrase. The considerable degree of balance and integration of melody, harmony and rhythm, of composition and improvisation, of exploration and individuality and tradition is impressively maintained throughout.