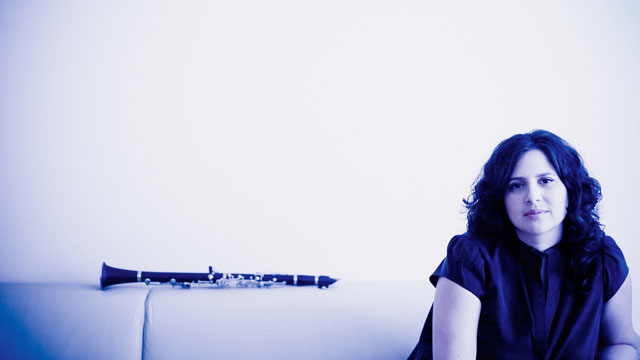 When, if ever, have you heard the clarinet played as magically as this; the pure music of the instrument given as naturally as breathing, yet recreated from an entirely novel perspective? When have you seen fingerwork as scintillating and heard the breathing as inspired—short, perfunctory and declarative, and rhetorical gasps alternating with seemingly interminable, heavenly sighs… Anat Cohen gives us tone-poems first and pieces second, her technique as unobtrusive as it is effortlessly fluent, lissom and precise. Her record company, Anzic has struck gold with Luminosa and I can only hope that such a perspective, natural and unforced talent will remain untarnished by commercial pressures. Never for a moment would I want to be without the recordings of Benny Goodman, Buddy DeFranco and Eddie Daniels, but I would give and arm and a leg for Anat Cohen’s. For the sheer memorability and musical recreation, Ms. Cohen stands alone. 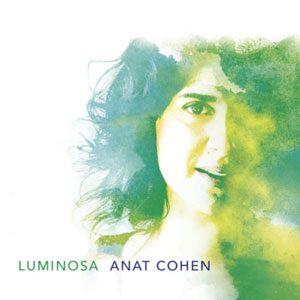 Who can now blame me, or anyone else for feeling this way for her playing throughout Luminosa. Notice the pronounced rhetorical emphasis yet intensely focused dotted rhythms in “Lilia’s” introduction or the revelatory continuity from one Brasilian song to the next and the breathtaking choro’s quick central movement. Those who think that Romero Lubambo’s “Bachiao” has never been played with more emotion and spirit should listen to Ms. Cohen’s, where full-bodied octaves and brilliantly judged glissandos and vaunted arpeggios just before the song’s dénouement make a pulverising impact. And what about “In The Spirit Of Baden” the controlled energy and slashing momentum that remain musical to the core, or how the “Ternura” and “Beatriz” finales rock and roll while retaining maximum linear clarity? Among the several other heroic pieces on this album are “The Wein Machine”, which make a cogent case for Ms. Cohen’s ingenuity as she sways between registers, shorter pedal point resonances and being able to truly perceive rather than merely infer each pitch within low-lying chords and runs, abetted by Ms. Cohen’s subtle, yet expressively powerful tempo modifications and telling accents.

Anat Cohen’s work here is nothing short of masterful. If you dig deeper you will even find unadulterated genius in her dynamically-contained reading of her own work as well that of others and you’ll hear what I mean. Although I prefer her slower work, I also fall in love with her blunter, faster and edgier renditions of the Brasilians’ compositions as well. Her addition of the bass-clarinet adds to the dynamism of her work and does also accentuate her mastery of the instruments. This is an utterly memorable disc in every way. That is because Ms. Cohen’s playing is quite exceptional in the care for articulation and polyphonic voicing. I’m not talking extraneous touches of arbitrary whimsicality. Anat Cohen’s initiatives arise either directly from the notation or from her admirable sensitivity to harmonic tensions. Occasionally the effect borders on the didactic, as in her surprisingly emphatic way with the normally rather fluttery manner in which she approaches “Cais”. For these and a myriad of other reasons Anat Cohen is the musician to watch. Now and forever.

Clarinetist-saxophonist Anat Cohen has won hearts and minds the world over with her expressive virtuosity and delightful stage presence. Reviewing one of Anat’s headlining sets with her quartet at the North See Jazz Festival, DownBeat said: “Cohen not only proved to be a woodwind revelation of dark tones and delicious lyricism, but also a dynamic bandleader who danced and shouted out encouragement to her group – whooping it up when pianist Jason Lindner followed her clarinet trills on a Latin-flavored number. . . With her dark, curly, shoulder-length hair swaying to the beat as she danced, she was a picture of joy.” Read more…