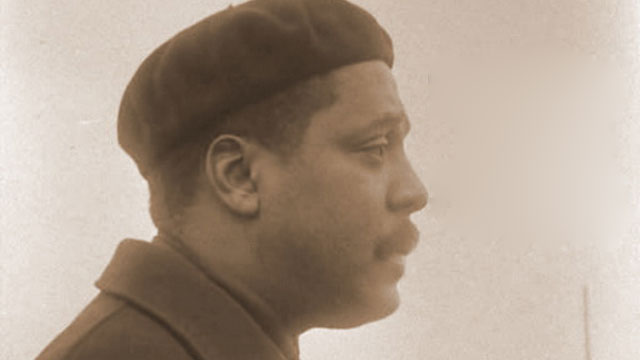 What drives an artist to live on a precipice, frequently crossing the line between genius and madness? For the poet it is in the writing of every line, making every metaphor out of mouthfuls of air; fighting for every word written or recited. For the painter it is in the fight for every brush-stroke. For the musician it is in risking his life for every note… For the musician it is risking his life for every note. This is often said of musicians who die every time they compose music or perform it. But it has very special meaning when it comes to Bud Powell, a genius by every stretch of imagination and whose very existence itself was an embodiment of risking his life for every note. And ironically it was music that took the life out of him. Fortunately he left behind a wealth of gem-like recordings, especially those from what is arguably his best period: 1949 to 1958. During this period, punctuated by long stints in a mental hospital, Bud Powell made what could easily be called definitive recordings. Although Alfred Lion is credited with producing some of his finest recordings for Blue Note, we have Bernard Stollman and ESP-Disk to thank for a 3-CD set simply entitled Bud Powell: Birdland, 1953 It is a palimpsest for his edgy genius; something shared here by Oscar Pettiford, Roy Haynes, Franklin Skeetes, Sonny Payne, Charles Mingus, Dizzy Gillespie and Charlie Parker, Art Taylor, George Duvivier and Curley Russell. Despite their inevitable sonic variances, Bud Powell’s sleek, unruffled technique, stylish technique and watertight structures appear remarkably consistent, and justify his reputation as the prototypical modern pianist and ultimate role model for today’s conservatoire students and competition contestants. 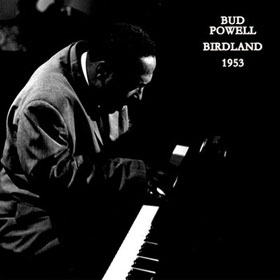 Yet listening to Bud Powell’s work, recorded throughout that year you will notice that his work has become increasingly iridescent, angular and bracingly communicative. For example his imagination of American classics is leaner and more sharply accented and contrapuntally complex than his relatively generalised readings of the same songs over previous (and later) years. The dazzling runs and sleek arpeggios that set the t one for “It Could Happen To You” together with the broken chords playfully displaying the performer’s purported depiction of a pianist who can’t keep his hands together and the staccatos of the succeeding piece, “Bean and the Boys” have a lovely woodwind-like edge to t hem. Some of the other classic fare of March 14, 1953, with Charles Mingus and Roy Haynes is likewise very expressive, like their soulmates from the week earlier, with Franklin Skeetes and Sonny Payne, are refreshingly wry and full of character. An impeccably chiselled date (March 14) yields to the set’s more robust performances of May 1953.

Even when Bud Powell is most reserved, ear-catching details abound, such as his unusual stressing of the grace note in “Lullaby of Birdland”, piercingly accurate double notes in “Salt Peanuts” with Dizzy Gillespie, Charles Mingus and Roy Haynes on Disc 2 and the shock and awe of the two tracks “Moose the Mooche” and “Cheryl” with which the pianist dispatches the former’s rapid-fire bars. Yet the music of the first and second discs fly off the page and foam at the mouth under the young Bud Powell’s impetuous fingers and put a more humane spin on that lofty 30-something pianistic paradigm who set far-reaching standards in the chains and trills of “Embraceable You”, the rapid-left hand figurations, the treacherous leaps “Dance of the Infidels” and the endless challenges of “My Heart Stood Still”. 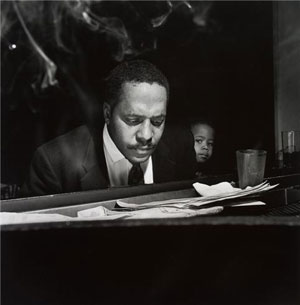 The recording on these discs is not the greatest quality, but all of that can be forgiven. Who can blame them, for much of the playing is sensational. Notice the pronounced rhetorical emphasis yet intensely focussed dotted rhythms in “Ornithology” (disc 1), “Moose The Mooche” (disc 2) and “Parisian Thoroughfare” or the revelatory continuity from one song to the next. Those who think that Bud Powell’s sturdy versions of Bebop on a piano perilously close to collapse cannot approximate a trio should check this music out, where full-blooded octaves and brilliantly-judged crescendos just before the recapitulation (of “Moose the Mooche”) make a pulverising impact.

And what about the controlled fury and slashing momentum that remains musical to the core, or how those bebop finales on the songs of these three discs rock and roll while retaining maximum linear clarity? Few others rightly feel “Un Poco Loco” as a million beats to a bar and effectively spin out the left-hand counterlines. Among the heroic middle-of-the-year performances, perhaps Bud Powell’s wor with Charles Mingus make a cogent case for this boxed set. The music is utterly stunning here. IN regard to textural differentiation between registers, shorter pedal resonances, and being able to truly perceive rather than merely infer each pitch within low-lying chords and runs, abetted by Mr. Powell’s subtle, yet expressively powerful tempo modifications and telling accents.

Bud Powell’s performances in the Fall of 1953, are never less than masterful and they dig deeper as they delve into the heart of the emotions of each piece. The dynamically contained readings of his own work from the recordings of September 19 are breathtaking and in the classic compositions played on that day there ate haunting tonal shadings. Here you will hear breathtaking changes . I will always like these faster, edgier versions and the manner in which he puts a shimmering damper and una corda pedal effects in the pieces’ hushed major episodes. You will not be remiss if you fall for the mesmerising charms of these recordings. They are utterly marvellous and we have ESP Disk for bringing these elementally beautiful sides to us.

Bud Powell’s recordings after 1958 were said to be sketchy. The many incarcerations in mental institutions in the United states involved harsh electro therapy and this had a debilitating effect on the pianist. In 1959 Mr. Powell moved to Paris, where he spent much time playing with an old colleague – Kenny Clarke. The relationship he had with the drummer and bassist Pierre Michelot resulted in some rather fine recordings. This one from 1961, also on ESP-Disk is rather memorable as well and not only for the three tracks with Zoot Sims. The pianist is in fine form and plays with spectacular virtuosity and particularly engaging technique. His soulful tributes to Thelonious Monk are exceptionally beautiful. Throughout the programme you can’t help thinking that all the talk about his waning powers is really a myth. In fact, if anything, Bud Powell appears to have reached a new peak with this recording.

Earl “Bud” Powell (1924-1966) is generally considered to be the most important pianist in the history of jazz. Noted jazz writer and critic Gary Giddins, in Visions of Jazz, goes even further, saying that “Powell will be recognized as one of the most formidable creators of piano music in any time or idiom.” His first recordings were made in 1944, when he was a 20 year old pianist in the Cootie Williams Band, and his last recordings were made in 1964 when he returned from several years in Europe to play at Birdland. Read more…