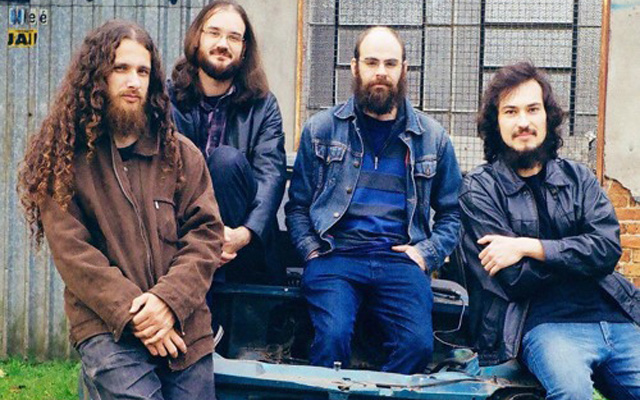 As you wait for a typical sonic rush from the music of Improcreations you might think that at first blush the Amao Quartet may seem to be taking a leaf out of a John Cage songbook. The pregnant silence that fills the air in the room for a longish period of time suggests that; even calls to mind the composer’s iconic 4’33 but the guitars of Glauber K. de Souza, Daniel de Souza, Pedro Guerreschi Paiva and Igor Dornelles Mendes light up the stillness. And suddenly, anyone listening is held breathless wondering: Is this a Brasilian quartet? And that too, are they from Porto Alegre in Rio Grande do Sul, deep in the southern-most part of Brasil? Furthermore, this comes from a group of musicians named after the goddess who taught the Camanaos Indians the process of making beiju, thereby freeing them to follow their lives. Surely such connections can only lead to traditional musical expression?

Such perfidy… However, the very attractiveness of the music of this group is the very fact that the four guitarists can find creative impulses from an extreme form of free improvisation and still ‘see’ itself as wholly Brasilian is what matters here. There is probably more in common with the wildly experimental musicians of the 20th and 21st Century avant-garde – even in the uniquely existentialist angst of French literature with Jean-Paul Sartre in the vanguard of its muse – than anything else. 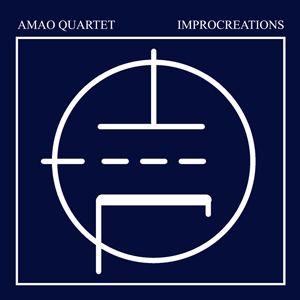 It comes from the same impulse that fired up musicians from Pixinguinha to Moacir Santos, and musicians from Charlie Parker, Dizzy Gillespie and Thelonious Monk; and, of course, stretching from Charles Ives to Conlon Nancarrow and beyond. And that is the impulse to look beyond the obvious and into a rarefied sonic realm inhabited by this guitar quartet.

This then is what fires up the musicians of the Amao Quartet and it is all over Improcreations from the whimsy of the titles (“O.U.a.T.i.Po.A” is an acronym for Once Upon a Time in Porto Alegre and “TrVdIcI0nVl” is nothing but another quirky way to spell and pronounce the word tradicional, which, in turn is the Portuguese way to spell ‘traditional’). But the eccentricity of spelling alone does not define the music of the songs – indeed of the entire music of Improcreations. That is contained in the cyclonic sweep and complexity of the music, written for and improvised by the four guitarists.

This is music (listen for instance to “zero zero zero two” – that is also interesting because of its flowing rhythmic complexity, exploring the sense that the guitar is also a ‘cello-is-also-a-violin’ type of musical personality. And going further (into the vast expanse of “Terremoto”) the music explores contrasting personalities of the instrument (via its performers) – first effusively emotional in its shredding (representing psychological time), the second percussive and admonitory (representing chromatic time). It is in this extreme improvisation that a type of sonic drama unfolds from end to end in this extraordinary recording Improcreations by the uniquely modern Brasilian group the Amao Quartet.