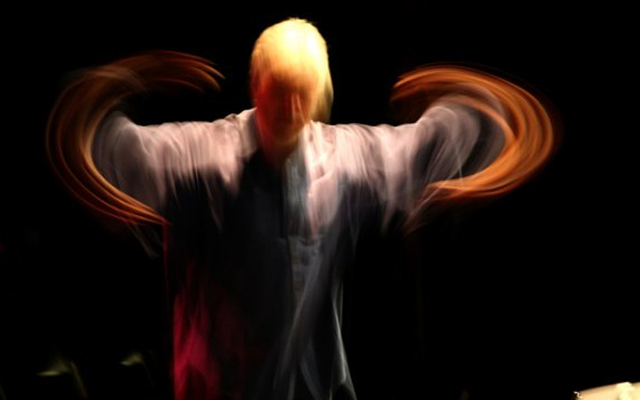 With a canon forever growing in style and substance, Adam Rudolph now unmistakably belongs to that great line of American musical pioneers stretching from Charles Ives and Conlon Nancarrow to Yusef Lateef and Don Cherry, the latter two of whom were considerable influences in his intellectual and musical formation. Mr Rudolph also does not like to be seen as being aligned to any style of music and rightfully so because much of what he has written and continues to write has almost no precedent in any kind of music. His music evokes the wide open horizons of literally the vast sonic topography of almost every culture on earth, whose relentless energy and colliding narratives have done so much to shape his rich and dynamic style.

Tough and challenging as his music is, at its finest – something we are privileged to be a party to on Morphic Resonances – his music has a cyclonic sweep and complexity which few other composers of our time have been able to match. No less remarkable is the ability of Adam Rudolph to pursue a seemingly ever-changing sonic expression not the least because he seems to dwell on a moveable patch of earth, where distant, disparate cultures collide and then abide in a state of continuous metamorphosis. It is this sense of being able to exist in this almost magical realm that makes 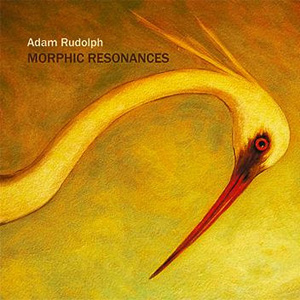 Adam Rudolph and his music (such as on this album) a very visceral force of nature; that is, it seems to be born not of any kind of literate or ‘learned’ consideration, but rather something that exists as a kind of pure energy waiting to be unleashed.

The deeply-prepared performances of The Momenta Quartet on “Morphic Resonances” and “Syntactic Adventures” produces magical results particularly as this ‘magic’ might be vital to examining the perspective of the ‘universal life force’ that Mr Rudolph is trying to relocate to his music. It is not virtuosity alone that brings this (performance) to fruition, but rather inspiration – that which is ineffable – and of a quintessentially ethereal nature that makes it so. Likewise The Odense Percussion Group’s pursuance of Mr Rudolph’s choice of dynamics, rhythm and tempo in “Orbits” and the seemingly random colliding and dovetailing of strings and voice in “Coincidentia Oppositorum” is utterly thrilling, provoking a liberated sound plasma that subjective compositional choice would have been unlikely to stumble across.

But therein lies the enigma that is Adam Rudolph. The conundrum (of Adam Rudolph) makes its presence felt in the tactile, smouldering articulation of “Garden, Ashes” and in “Lamento”, both of which contain angular, scattering notes and where Mr Rudolph exploits a wide range of sonorities, some bright and bell-like, others more delicate and subdued. “Strange Thought” is, however, one of a kind; a piece that glows because of its rhythmic patterns and motifs. It is in this piece that Adam Rudolph has produced the crowning glory of the album; a work of surpassing beauty, one made absolutely perfect by its hypnotic, otherworldly quality; a work that is quintessentially Morphic Adam Rudolph.