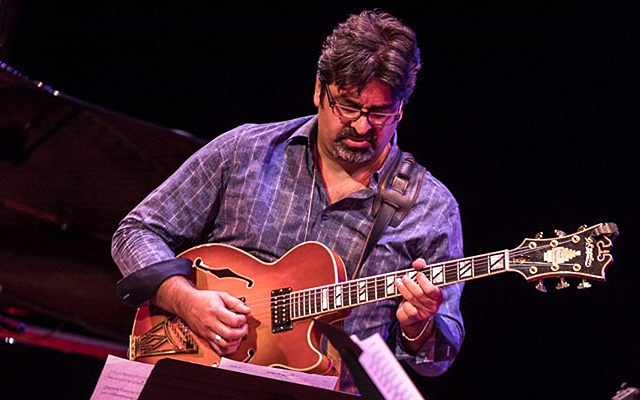 Of everything one could say about Rez Abbasi, perhaps the truest is that he is very much a man of our time ceaselessly treading a path of musical discovery. Along the way another thing becomes evident and that is the fact that he constantly demands the best of himself and expects it from others. It is also without a feeling of compromise that he approaches his music, seeming to applaud the force of Boulez’s imperative that one should burn the library of the past every day, before starting to write, while recognizing that this is not wholly realistic either; just as much for him as it might have been for Boulez. And if one needed any more evidence of this there is nearly an hour of it on Unfiltered Universe.

Rez Abbasi clearly shows once again that he is a composer and performer of exceeding originality. Although Unfiltered Universe is not the first of his recordings of such scope and ambition, it is certainly a leap forward from where he was last. These seven works are performed with musicians all of whom, more than anything else including geography, appear to share virtually the same psyche 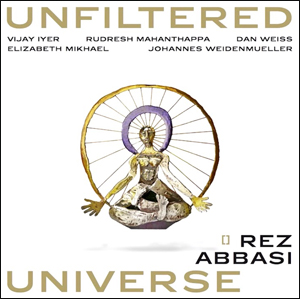 as the guitarist, including drummer Dan Weiss and bassist Johannes Weidenmueller, who share more than just an interest in the music of the Indian subcontinent. Moreover, even the cellist Elizabeth Mikhael – a relative newcomer to this ensemble – seems to be a shoe-in from the first bars she plays.

It has always been evident that for Rez Abbasi the concern has always been that material should be at the service of his intuition. And so on Unfiltered Universe the musical material dictates the direction that the music should take. Also, digging deep into the Indian musical topography rhythm becomes an essential tool in communicating his ideas to (already) like-minded musicians such as Rudresh Mahanthappa and Vijay Iyer, in order to bring these ideas to fruition. This ‘equal consideration to rhythm’ makes the music even sprightlier than Mr Abbasi’s music ever was in the past. It has gone a long way in creating form and structure without giving similar, conscious thought to short and long term rhythm and rhythmic structure in every one of these remarkable works.

Still, there is much that is also left to chance here and it works splendidly for all of the musicians who revel in being in the moment for the entire duration of the music, even when tasked with making the notes leap off the paper on which they might have been inked. This has never been a tall order for Rez Abbasi, Rudresh Mahanthappa and Vijay Iyer. Nor has it proved a big challenge for Dan Weiss and Johannes Weidenmueller – and now Elizabeth Mikhael – all of whom exactly how to build assiduous climaxes as well as how to intelligently scale (each) one’s dynamics and how to balance the massive textures of everything from the profundity of “Propensity” to the whimsy of “Dance Number” in judicious proportions. An utterly desirable recording from a young master musician.