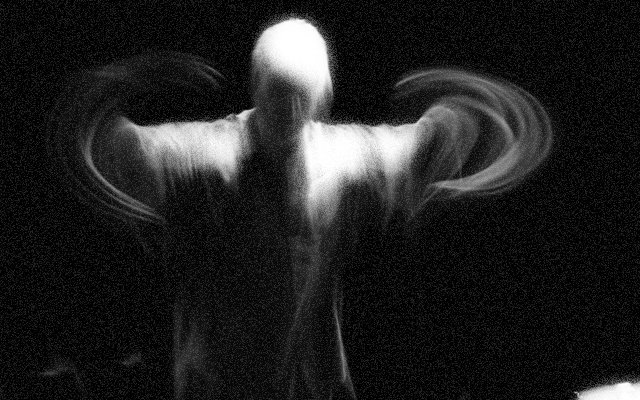 The hauntingly meditative recording, Imaginary Archipelago by the Karuna Trio, an enduring ensemble facilitated by Adam Rudolph, called to mind prescient words by Morton Feldman that sound like a Zen Buddhist Koan. Mr Feldman spoke of shadows. He said that: “[the] sounds were not sounds but shadows. They are obviously sounds; that’s why they are shadows. Every something is an echo of nothing.” John Cage further paraphrased this: “And no silence exists that is not pregnant with sound.” These words seemed to echo in the “silent-sounding” room where this recording has been playing for some time now.

And suddenly it occurred to me: something about this music fits that palimpsest; Adam Rudolph’s imaginary discovery of this Imaginary Archipelago takes us to a void of a place, but one – of necessity – where through gossamer membranes we hear echoes of the sound of the great void. And it is there that this Imaginary Archipelago – much like Mr Feldman’s “sound of shadows” and Mr Cage’s “silence…pregnant with sound” – takes shape as the music of that shadowy sound is brought to life.

This is, however, true of all of Mr Rudolph’s questing music; not only what he explores on that disc. It is also true of the music of Focus and Field, which, though it eschews an archeological- topographical metaphor than the former album, is no less introspective. In fact, it may be even more reflective, although this stems from its stoic, Japanese setting and instrumentation, which arises out of a kind of echo from the prayerful practice of Shinto. Mr Rudolph was one of the more celebrated acolytes of the legendary reeds and woodwinds master, Yusef Lateef, who ascended the rarefied realm to near canonisation in a manner not unlike that of John Coltrane.

Mr Lateef – together with trumpeter Don Cherry – were in the vanguard of musicians who’s artistic trajectory took them in an outbound orbit, ancient to the future of Jazz and it’s strictly African-American-Blues ambit and into a cultural topography that was more universal-astral than anyone else, long before anyone else got hip to it. Mr Rudolph was also one of the founding and leading lights of the Mandingo Griot Society, with Hamid Drake and which also featured Mr Cherry. Somehow Ralph M. Jones seemed to be a perfect fit for Mr Rudolph’s ecstatic excursions and he too has become a mainstay of many incarnations of Mr Rudolph’s ensembles, playing a key role in every one of them.

All of this experience is key to what you will hear on these two recordings produced by Mr Rudolph as he continues on a path that is outward-bound, inwardly speaking, the music swinging with delight as it emanates from this… drawing from its myriad sources as the diaphanous fabric unfolds, which Mr Rudolph daubs with singularly magnificent colour and texture as he navigates the emerging soundworld. 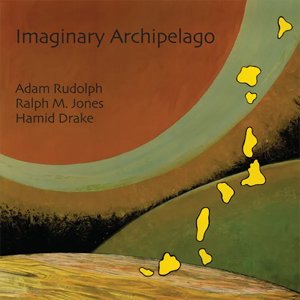 Karuna Trio [Adam Rudolph | Ralph M. Jones | Hamid Drake]: Imaginary Archipelago Between 1975 and 1976, Miles Davis dedicated himself to bringing to life again, the mystical worlds of Agharta and Pangea – lost continents that seemed to fit snugly into a greater African musical dreamscape. Whether using that as a leap-off point or not is a moot point here, because Mr Rudolph creates a monumental geographical metaphor with the “discovery” of an archipelago of eleven islands, each with a sonic character of its own.

As the repertoire on this recording unfolds so also do we discover the sonic membrane of one “island” after another, located within the silent space of a monumental void. This haunting, sonic-cultural metaphor is revealed slowly. in the pomp and circumstance of sombre lyricism, the enormous rhythmic palette Mr Rudolph and Mr Drake is harmonically expanded by Mr Jones’ beguiling and often ululating accentuation. The music is muted, for most of its length, but rising climatically as it traverses each island before all the islands in this Imaginary Archipelago seem to be submerged leaving only a kind of watery silence to wash over our collective consciousness, ending with the African blessing: “Asé”… 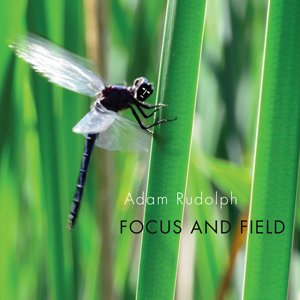 Adam Rudolph: Focus and Field The music of this recording takes us – via its oriental route – through another sonic undergrowth where streams of endless melodies run virtually unbroken throughout, forming a parabolic continuum. Each of the three extended “spontaneously composed” improvisations seem to float in the atmosphere like a brilliant puzzle of brightly coloured musical fragments which are dismantled and reassembled in constantly shifting patterns as each of the works progress coalescing into a verdant, contiguous whole. Meanwhile, Mr Rudolph guides and shapes this music like a sculptor the fluid, curving movements of his hands shaping the mystic void of sound into a mystic mouth that is crafted into the melodic and harmonic architecture of this music.

The special chamber ensemble that has been assembled for this purpose delivers a powerful performance as Sumie Kaneko and Kaoru Watanabe, with voice, lutes, flutes and percussion collides with occidental strings, horns and reeds of Stephanie Griffin, Sara Schoenbeck, Ned Rothenberg, Ivan Barenboim and Michel Gentile, to deliver the elegant, elegiac music of Force and Field.