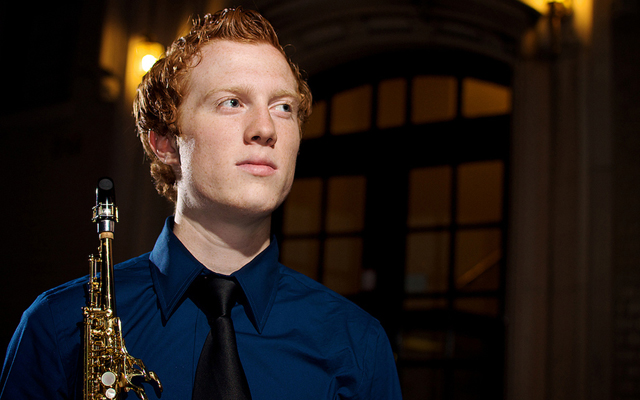 “You’ve got to learn your instrument. Then you practice, practice, practice. And then, you finally get up there on the bandstand, forget all that and just wail.” These words or others to that effect, have been ascribed to jazz legend Charlie Parker and they appear to have been taken to heart by the young tenor saxophonist Adam Larson especially now that he has performed on his third – and most sophisticated – album, Selective Amnesia. I must get my mild irritation about the titles of the songs, though. Some of them, such as McWendel and ShitPay are somewhat cartoonish. The saxophonist actually explains that another title The Dope Pope is suggested by the animated cartoon Family Guy. The music is wonderfully scored and performed including the titles in question, which deepens the mystery of the titles. 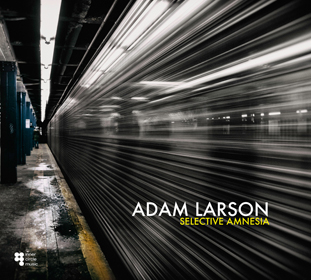 Now that this is out of the way, it is time to get down to the serious business of speaking about some rather fine music. First off Adam Larson has scrutinized saxophone music, from its earliest practitioners of the tenor saxophone right down to those musicians of his generation, with a fine-tooth comb. As one of the tribe, he basically hangs loose and flies free, letting the detailed niceties of his music fall into place without sounding the least bit studied and calibrated. It’s a performance and not a lecture. The opening pieces are on the slow side (dragging? Never!), but the rest of the fare from Gratitude down fairly sprint from the starting gate, buoyed by perky figures, accents and gestures. If the titles I mentioned above do not quite do justice to the music it’s because the performances of the music are filled with the saxophonist’s remarkable touch and unabashed bravura in terms of the musicianship. What’s more Gratitude is informed by the saxophonist’s vocally oriented phrasing and the lines of Your Loss are gorgeously tinted throughout.

In contrast to musical interpretations that seek unity and continuity through rigorously considered tempo relationships Adam Larson aims to reveal each song’s individual character. You especially hear ShitPay’s flurries of notes, abetted by appropriately grandiose octave reinforcements and in verses of The Dope Pope, unorthodox elongation of opening chords. For the record – despite my peeve about titles – Adam Larson’s music is the product of a fresh voice and his genuine musicality warrants this album to be placed in the top tier of what was produced in 2015.