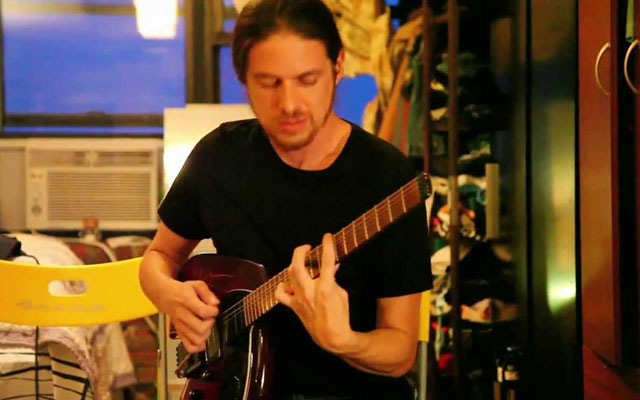 The young virtuoso guitarist Harvey Valdes is more than an eloquent advocate for the jazz standard, powerful and lucid than even in the composers’ most imaginative and colourful writing. Offering us on this disc, Roundabout an inspired array of music of a kind, but each tuned opening surreptitiously as if bashful of revealing its Pandora’s Box of surprises. Remarkable for its melodic content the greatest surprise, however, comes from Valdes’ handling of the rhythmic lusciousness of each of the pieces, from the abrupt changes in pulse and wildly ricocheting rhythms of Blue In Green to the rarefied quintessence of You Stepped Out Of A Dream and the demonic gallop of All The Things You Are. In fact although Roundabout is a solo guitar project and could easily have lapsed into a stultifying state, Harvey Valdes keeps it alive and kicking by his alternating volatility and sultry meandering. 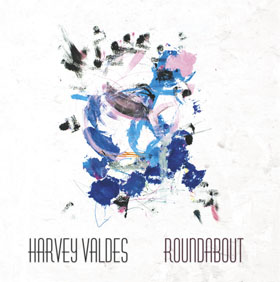 No wine is needed to appreciate the quality of Valdes’ performance. To listen to this guitarist is to imagine him in another era, one in which there was no political correctness surrounding the guitar. He gives the warmest, richly rhetorical reading of the jazz classics such as Blue In Green and In Your Own Sweet Way, music that is seemingly without ego and entirely compelling. Indeed the two charts are highlights of this utterly modern guitar recording. Invitation is another gem and by the time you get to the end of the list of nine songs you need no convincing that Harvey Valdes is where the state of the art of melodicism is. It speaks of long acquaintance in the way music is allowed to unfold so artfully. The piquant modulations of the slow movements are just so, given enough prominence but never too much, while the burbling accelerations of parts that lope and leap like playful gazelles is simply joyous.

Throughout this priceless album the playing is truly inspired. So melodically beautiful are these pieces that you can sense a muted lyric hiding behind each not in sonic lines that fly and swoop in mad arcs mimicking errant fireworks. Best of all is the manner in which these works have been transposed for the guitar, primarily from piano, so as to make them completely compelling guitar works. Each piece brings its own individual thrill. Those who like their music with romantic bravura delivered by solo guitar with added stamina will find this release a richly rewarding experience. Welcome to the magical world of Harvey Valdes, guitarist.

Track List: All The Things You Are; How Deep Is The Ocean; Blue In Green; Stella By Starlight; In Your Own Sweet Way; Alone Together; I’ll Remember April; Invitation; You Stepped Out Of A Dream.

Harvey’s eclectic musical journey spans the East and the West, the electric and the acoustic, the ensemble and the solo voice. Traversing expansive stylistic ground from jazz, world, to funk, punk, and avant-garde, Harvey plays the six and seven-string guitar, the oud and Turkish cumbus. Read more…