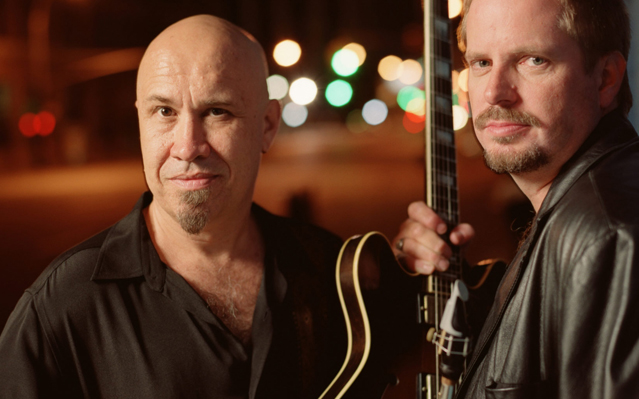 Dave Stryker and Steve Slagle have been playing together for some years and three albums and counting… and now there is this fourth one – Routes. So it is no secret why a sense of innate musical understanding emerges on this disc comprising compositions by Stryker and Slagle and one classic from the Charles Mingus book. Each one is a finely crafted gem, so much so that the music comes so easily that it often strikes one as a telepathic performance by the two instrumentalists. Moreover the arrangements result in playing by every member of this band that is profound and quite memorable. 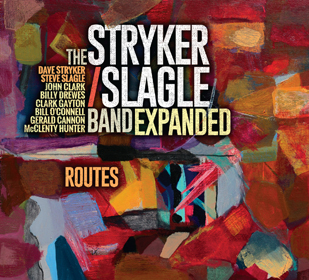 Steve Slagle’s City of Angels makes a lively disc-opener, especially the pungent and smooth fast and spirited mid-section. This sets the tone for much of the repertoire to come. Slagle’s intonation is sparkling and pure while Stryker’s performance is wonderful and informed by a spry character – something that endeared him to Stanley Turrentine for over a decade. On the heels of the first two tracks is the great ballad by Charles Mingus – Self-Portrait in Three Colours. There is little doubt that this is probably a Slagle pick for the performance. The saxophonist has been associated with the music for some time now and he has an innate understanding of the tonal colours of this iconic piece. The performances of Slagle and Stryker are nothing short of memorable. There is also a marvellous bass solo by Gerald Cannon towards the end of the chart, before the rest of the band brings the song home.

Dave Stryker is a guitarist that deserves a much wider recognition. His playing throughout the disc demands that. His lines are informed by sparkling, precise staccatos and he rolls his notes as if to imbue them with another, ethereal dimension. Thus his elliptical lines are adorned with bright glissandos and roaring arpeggios and seem to converge on the listener holding him or her in an absolute trance until he or she falls prey to their irresistible charms.

Another factor in making this a disc to die for is the musical integrity of the rhythm section of Gerald Cannon and McLenty Hunter. Their playing is a true revelation. They have an almost instinctive sense of interplay between them and even with the rest of the band, that also comprises heavyweights such as the French horn player, John Clark, tenor saxophonist Billy Drewes, trombonist Clark Gayton and of course, the ineffable Bill O’Connell on piano and Rhodes. There is a fine understanding of the emotional ambiguities and the composers’ trenchant approach to form. This is why the response to the music is highly inspired . It is wonderfully taut with austerely beautiful passages at times and a nicely edgy feeling throughout. Here is music that is by turns, lyrical and aggressive, and full of dramatic twists and turns.

Whether you’ve heard guitarist Dave Stryker leading his own group (with 26 CD’s as a leader to date), co-leading The Stryker/Slagle Band, or as a featured sideman with Stanley Turrentine, Jack McDuff, and many others, you know why the Village Voice calls him “one of the most distinctive guitarists to come along in recent years.” Read more…

Steve Slagle was born in Los Angeles, California where he got his first saxophone and later attended Berklee College of Music in Boston on a DownBeat scholarship. One of his first gigs, at the age of 18, was in the Stevie Wonder Band, in Boston. Berklee is also where he met many musicians from all over the world whom he still remains close with. Read more…