The word “programmed” may be off-putting to some, a suggestion that the naturalness of acoustics has been forfeited in favour of something synthesized. But hold on a minute, didn’t musicians as diverse as Karlheinz Stockhausen, Keith Emerson, Rick Wakeman, and Joe Zawinul and Lyle Mays prove the veracity of the ubiquitous synthesizer in modern music? And didn’t it sound superb too? So there is certainly greater precedent for this music by Adam Glaser. And even if there were not, Mr Glaser’s own musical ingenuity would be enough to merit more than a single pass at this music.

These serious [and sometimes humorous] musical vignettes portray how Mr Glaser – extraordinary human that he is – perceives his reality at a given time [that is when inspired to convey in music what he experiences otherwise]. 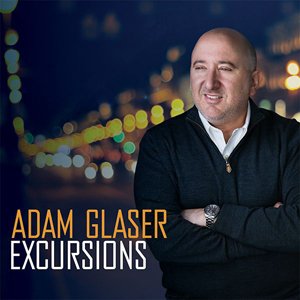 Moreover, he suggests that it’s a human reflex to transform a scene from real life into imagination so as to integrate it into [your] universe, telling stories as you go along with the flow. In doing so Mr Glaser strives to make his interpretations [of human experience] as personal [and personable] as possible, featuring new ideas and openness toward new horizons.

Also to his credit Mr Glaser has ideas that penetrate beyond the surface of his musical – and his life’s – canvas. To touch facets of emotion that are obviously personal to him and which bring to this one-man musical exhibition a very special perspective. He is also not afraid to go deep, where he may be vulnerable emotionally. In taking nothing for granted and in searching out the elements of subtlety of melodic, harmonic and rhythmic invention he arrives at a point that is at some length from conventionality towards quite maverick instrument writing.

By using electronics and programming his instruments to extend the scope and palette of their acoustic counterparts he is able to provide us with an enriched canvas of music that we can take enormous enjoyment from. Best of all, these Excursions lack nothing in brio, lightness, and high-spirits, all of which goes a long way to recommending this extraordinarily large-sounding solo album.