The invitation of this disc by Kristin Callahan could well be to come and fall prey to the dolour of the music of life in a smoke-filled salon. Such are the saturated tones and textures of this music that occasionally break through the clouds to reveal some sunshine. It’s not so much that Miss Callahan wants to sing about sadness, but just that the repertoire lends itself to her dusky voice which she expertly uses to make it sound as if this is lived experience. Either that, or this music has been written just for her; she certainly makes it appear as if the songs speak to her in the silence of her heart.

The prime pleasure of the disc overall is the dark, silvery beauty of Miss Callahan’s voice. She uses it with sublime craftsmanship. As a result she takes the songs and you – as listener – to the achingly deep places from whence this music is resurrected. This is a gift – the kind of which makes for a dramatic mezzo; one who can light up the stories told in these songs with operatic gracefulness. 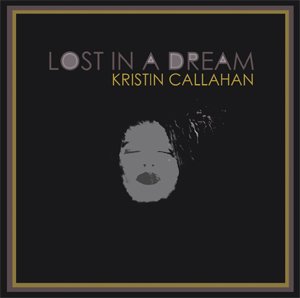 Each song is sung with passionate intensity, alert to every nuance of each glorious lyric. The vocalist is particularly lustrous and compelling on Billy Strayhorn’s classic “Lush Life” and on “Lost in a Dream” which she sings at an agonising tempo which really captures the music’s bitterness.

As if to compensate for the ache of the music, we have a guitar to be used as an instrument that introduces elements of radiance – sort of letting the sunlight in. But that is brief and interspersed between a trumpet’s wail and the rumbling gravitas of the bass, and the thunder of the drums and congas. Still Miss Callahan does a magnificent job of carrying this dark music with uncommon skill, to make the pain of this all too real. And that is a rare gift to be able to pull off in such a convincing manner…