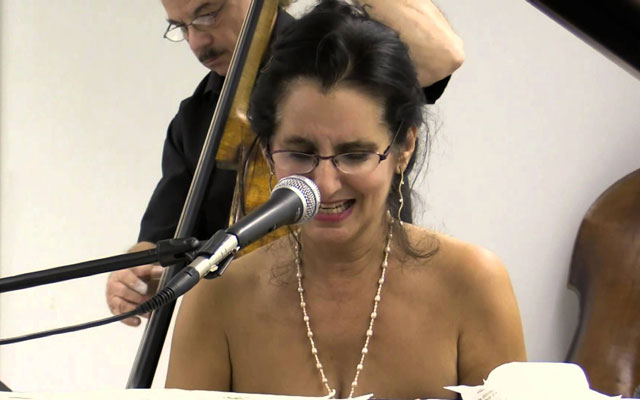 Underpinning so much of Sue Maskaleris’ approach to her own idiom is identifying the provenance and essence of (its) dramatic character, mutant opera found in genres – like Samba and Choro – which are not enacted but depend on perceptive rhetorical judgement within a fabric of rolling continuity. Sue Maskaleris’ Choro may pay homage to forebears in scale, tone and technique, but each one – including all of her repertoire actually – is especially revealed in the vibrant and questing records (including one that has not yet been released) and presses for fresh meaning with all the virtuoso means Ms Maskaleris could muster. The music has been like pillars of her musical existence over the decades, punctuated by the notable Unbreakable Heart of 2001 and more recently within the selected programme of Bring Nothing But Your Heart. For Sue Maskaleris these works and the unreleased Get Jiggy With Me represent an endlessly fascinating tapestry of discovery which will doubtless continue to evolve by the addition of more of her own idiosyncratic idioms and metaphors, and hilarious and sad stories. 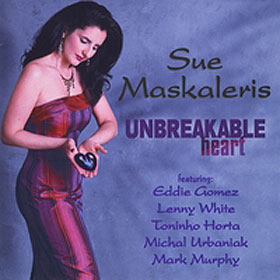 Common to Ms Maskaleris’ performances over the years are their inimitable textual projection, clarity of line, rhythmic rigour and an overriding sense of expectancy and flair, just occasionally slipping a little too eagerly into exaggerated gesture. Sue Maskaleris usually practices more pinpoint delicacy, quicksilver contrast and lightness than ever and illuminating inward da camera dialoguing between harmonic voices. For all the music of sprung bravura and purpose especially in Unbreakable Heart there are many periods of elongated and poignant restraint both on that disc as well as on Bring Nothing But Your Heart as well as on Get Jiggy With Me, the unmixed master of which I have had the privilege of listening to. There is no more compelling example than the soft, controlled climate of the final contemplative strains of Kisses From Ivan a chart from her later album, where we have an extraordinary representation of the precious mystery of ‘belonging’ to Brasil. The vocal motif of the chorus line is uttered with such sustained other-worldliness that the risk of disembodiment is only allayed by Sue Maskaleris’ captivating certainty of line as the devoted soul drifts heavenwards.

One of the most striking features in this 2013 recording, as I mentioned previously, is how attentive Ms Maskaleris is to the individuality of each of the songs. This might seem a time-honoured ambition and yet for all of the admirable qualities of other non-Brasilians, who ‘go there’ in the spirit, no one brings as ambitious a kaleidoscopic challenge to the listener in identifying renewed character and meaning as Sue Maskaleris aspires to. Indeed I would go as far as to say that she is in a class of her own here. Ms Maskaleris in her modesty might disagree, but I will sally forth. HOW lucidly she sets out to reflect the infirmities of human beings such as herself gradually imbued with her own intercessions. Here we have something more perspicacious than merely good pacing: Sue Maskaleris narrates this music of uncertainty and growing anticipation of inspired understanding with such corporate and dynamic purpose that even when voice and music converges in two part double fugue, we feel redeemed and out of the woods. The tantalising prospect of resolution is only truly satisfied as the final cadence of the luminously directed Peace and Love, the penultimate song of that recording. 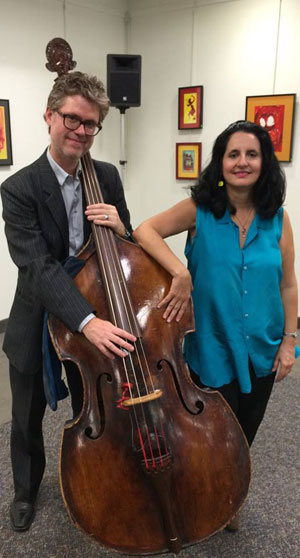 Some of these interpretative risks may suit those who prefer a less articulated vocalist, more abstract, and residing in a softer-edged and generally expansive landscape. But not Sue Maskaleris, who is direct and exuberant in all of the music’s rhapsodic outer movements, which in her hands, yields more genuine contemplative warmth. Indeed Ms Maskaleris rarely delivers a comfortable ride and yet what brilliant visions emerge, ever strikingly in all of her consummate music. In fact, I would go further in saying that throughout the two masterpieces that she has released so far the music is viscerally offset against an ethereal quest for redemption – all this in contrasting tableaux of ever-surprising emotional impact. But there is more: If the listener is often left gasping (as I was), this is caused not only by the vocal singularity of purpose but by discreet and graphic responsiveness of the instrumental players who make significant contributions with knowing effect. This rather caught me by surprise recently when I was reviewing what I had written about Sue Maskaleris so far. So I thought to ask her how she was able to make this possible. I found out that it was all due to the composing ethic that may just be unique to musicians, but certainly explains what makes her so special. I asked her “What drives you to create music?” Here is her unadorned response: “A number of things…emotions as disparate as falling in love, joy; loneliness, grief… Playing an amazing instrument or keyboard I’ve never played; wanting and needing something new to perform for an upcoming show. To make music with others, things must be in alignment: inspiring players, circumstances, usually decent sound equipment, and often a good audience, though sometimes for us is enough. I just had an impromptu two piano jam with an old drummer at the Steinway store in NYC, which was as fun as the recent jam with my dad and also the bassist from my high school fusion group on my dad’s gut-string upright from the 40’s and me on a junky keyboard with built-in drums and no microphone. Yet being in the room of my youth where it all began created some palpable magic that rarely visits me when playing alone at home.” And I could not describe that any better.