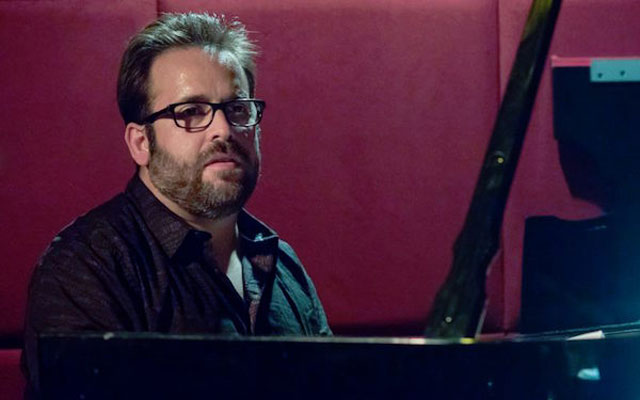 This outstanding record by Manuel Valera & Groove Square, Urban Landscape proves what I have always suspected about the pianist: that he is truly chameleonic musically speaking. You not only have to expect the proverbial ‘unexpected’ from Mr Valera, but you can be darn sure that he will surprise you by turning all perspectives upside down by making a sort of familiar music thrillingly unfamiliar. 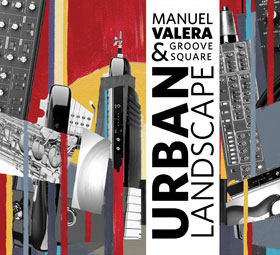 Groove Square is a group of musicians not unlike New Cuban Express, but these players are throwing caution to the winds here and creating a really funky groove. Expertly composed Manuel Valera music may be thick on the ground but very few (songs) are more richly inclusive than the latest fare on Urban Landscape. After a cloudy and mesmeric start (the crochets heavily sustained via electronic keyboards rather than snapped off), Manuel Valera continues playing of a formidable instinctively Afro-American command including daunting octaves of an unfaltering assurance. (Listen to Coming Down and you will hear what I mean). Mr Valera also achieves the finest balance between the music’s lyrical and heroic elements, while in the vivamente elaboration towards the middle of the piece he combines fluency and finesse to a rare degree.

Yet if I was to turn to a single instance of Manuel Valera’s quality it would be Geometrico, where his playing is of such poise and refinement that it takes on a rapt, mystical quality, wondrously in keeping with a poet’s lines. Such abject beauty is not normally heard in a song which purports to appeal to the more concrete nature of music, but then Manuel Valera and Groove Square seem capable of almost anything it would seem. Again in the more pensive As I Listen the pianist’s fine-spun brilliance somehow captures the music’s diablerie to a greater extent than a more overt sense of darkness. Some of the more notorious skip sections here and elsewhere are taken at a scarcely credible pace, and both in the aforementioned piece and New Ways every difficulty is tossed aside.

Yet, do not be under the impression that Manuel Valera does all these wondrous things on his own. Groove Square comprises some of the heaviest weights on the young New York scene: the saxophonist and Valera-doppelgänger, John Ellis; guitarist Nir Felder, bassist John Benitez the sensational drummers E.J. Strickland and Jeff “Tain” Watts who share credits together with Paulo Stagnaro and Mauricio Herrera on percussion (on one song each) and not forgetting the magical mystical harmonica of Gregoire Maret on the infectious Gliding and on Five Reasons. Returning to the music – all composed by Mr Valera – you may find more personally etched responses; but even at this level, Manuel Valera takes his place among the finest and is fully complemented by George Shalda’s superb sound.

Track List: 121st Street; Coming Down; Gliding; All Around You; Geometrico; Five Reasons; Never Absent; As I Listen; Little by Little; New Ways.

Based in New York City, Grammy nominated artist, pianist and composer Manuel Valera was born and raised in Havana, Cuba. Since arriving in NYC, he has become well known in the NYC modern jazz scene, garnering national reviews and lending his talents as a pianist and composer to such notable artist as Arturo Sandoval, Paquito D’Rivera, Brian Lynch, Dafnis Prieto, Jeff “Tain” Watts, John Benitez, Samuel Torres, Joel Frahm, Yosvany Terry among many others. Read more…