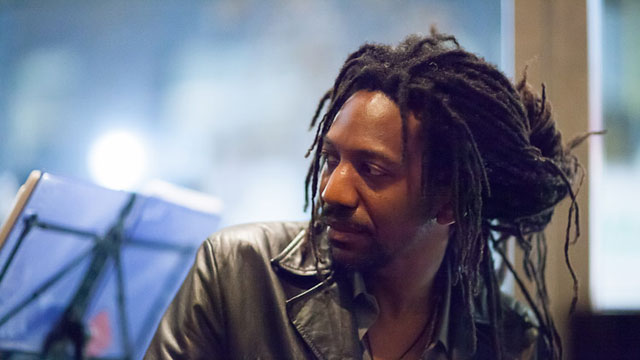 Over time, the musician becomes the music. This is why it is difficult to separate Elio Villafranca from his music. He is made almost completely of music, to begin with. He is the transcendent arpeggio on the piano; the virtuoso run that follows it in a flurry of dark and light notes. He is the thump of the hand on the drum; and the hand that makes the bass rumble. He is the voice of the saxophone and the trumpet… And then there is the fact that he is always composing, practicing, rehearsing and performing. And when he is not doing any of the above, he is talking music and giving freely of himself. I found this out early on in our conversation. He talks fast. You feel sometimes that he is racing to catch up with the ideas that leap from his brain. Often he speaks so fast and with such an unconscious rapid rhythmic inflection that you feel he is in free-fall. But when he catches up with his thoughts the words and expressions, like sharply pared-down instrumentation. We become friends quickly. His manner is easy. Suddenly I am full of questions. Tell me about the percussion in your playing. Tell me about “tumbao”; about “tambor yuka”; about your ancestors. But he is unfazed. He takes me under his wing. He answers each of my questions with patience. But suddenly it dawns on me: he is keen to answer each one of my seemingly unending streams of questions with his music. 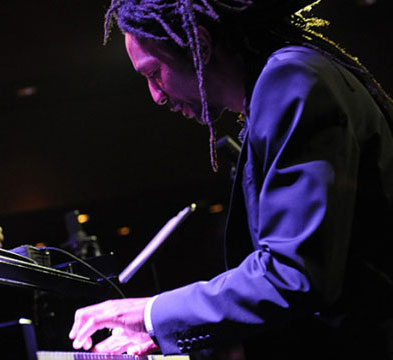 Elio Villafranca, unlike many of his generation, understands the human heart, how it beats and creates in him that human love for rhythm. You can hear that in his cadenced speech and in all of the music he composes and plays. He is a model of restraint when he speaks and he might also seem to be just so sometimes when he plays his music. But he does not hide in the shadows of exuberance for long. His arms and fingers do all of the talking then and suddenly in a flash all appearances of diffidence dissolve in the glissando of a dazzling arpeggio or a dazzling run that skitters across the keyboard. He embraces virtuosity just as he does soul and emotion. It isn’t often that graduates of any conservatoire come out this way—even those playing classical music, but Elio Villafranca is not any graduate. The prodigious nature of his genius suggests that he is made completely of music; born that way, so to speak. You hear that too in his music. His youth belies a kind of Confucius-like wisdom. He seems to know the nature of all things musical and stands at a level of maturation that can only be described as enviable. 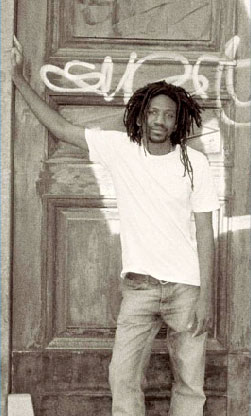 Still his child-like ardour is comes through in everything he does from composition to performance; and this gives him a special edge as a demagogue. You simply cannot hear his music without coming away dazzled by his supreme melodicism as well as his rhythmic ingenuity. And while he peers at the world of music with the eye of a child, his own work is precocious, which is why he is full of surprises. As a pianist he is fully formed and has thus dived deep into the realm of Afro-Caribbean myths and legends, and history as well. Even his early work has mesmerised the most demanding critics as he has painted his melodies with vivid instrumental portraits and the adventures of mythical and historical figures as well as nice ordinary people are informed by wit and high-spiritedness. It isn’t difficult to see why. Many miles away in the province of Pinar del Rio, where he was born, Elio Villafranca’s imagination is fired up by the drama of the Congolese tradition. This is what Jane Bunnett discovered when she first heard him in Cuba and what prompted her to encourage his ultimate relocation to Canada. There he prepared to record his maiden record as leader—a dream that was fulfilled when he moved to the United States of America, his new home. 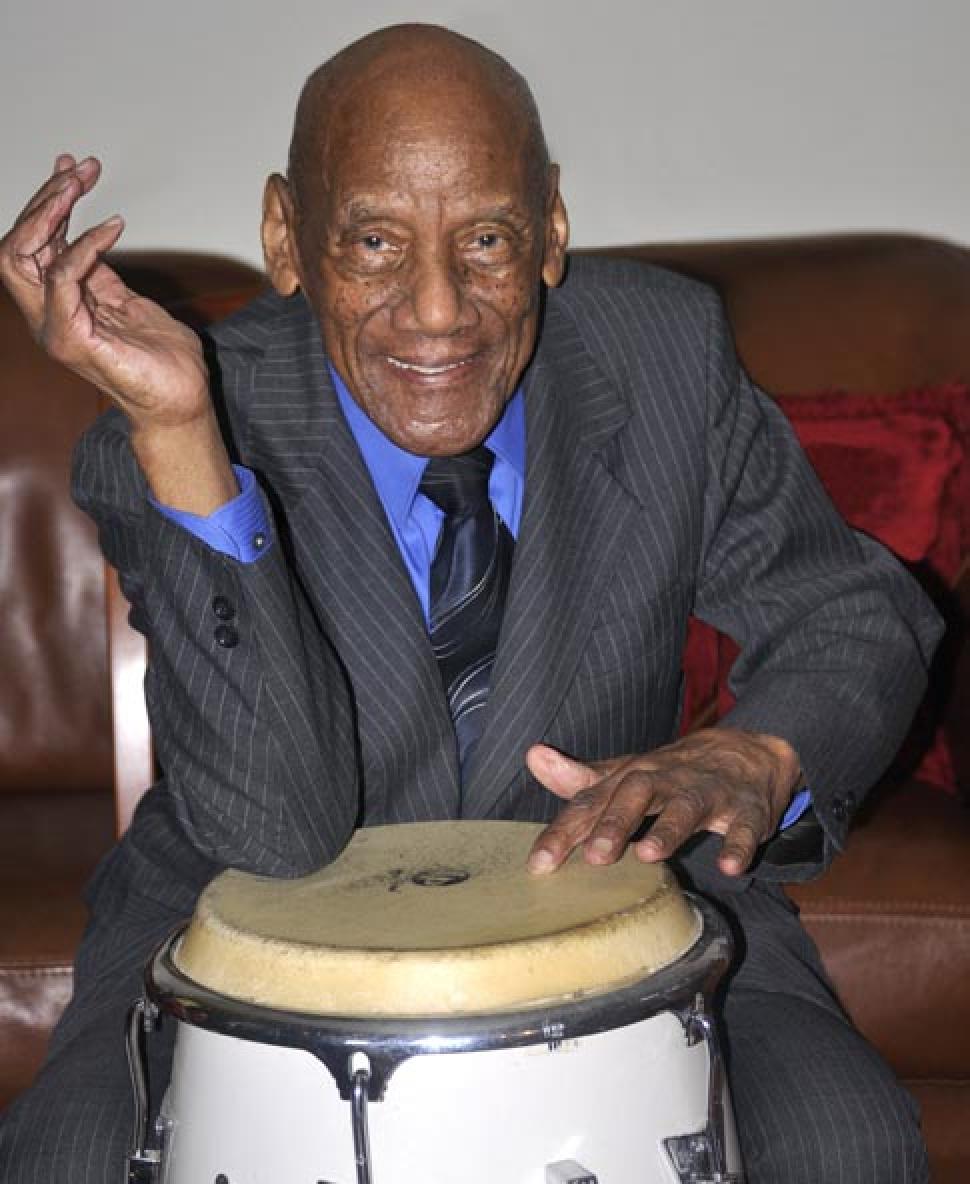 In making the journey, however, Elio Villafranca carried with him a deeply ingrained African-Cuban heritage. Even if he had in mind to shake off some of it in exchange for a kind of fusion with the African-American idiom of Jazz, his force majeure was, of course the Congolese tradition that incorporated the elemental thunder of makuta. Now, although Mr. Villafranca entered the conservatoire to study Western Classical music, he soon shifted focus to the study of percussion, no doubt prompted with the rhythms of makuta that coursed through his veins and burst through his soul. This he carried to North America where his background in the two streams collided with Jazz, the love of which Mr. Villafranca found instilled in his heart long ago, in Cuba. In Canada and the US, he cut his teeth with artists whose names read like a who’s who in the directory of contemporary popular music: Jane Bunnett, Sonny Fortune, Lenny White, Terrell Stafford, Eddie Henderson, Cándido Camero, Bobby Sanabria, Horacio “El Negro” Hernández, Pat Martino and a host of others. 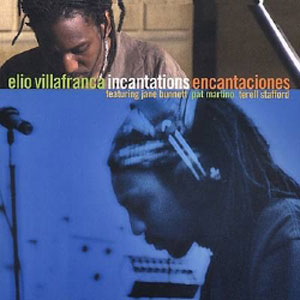 Through it all, Mr. Villafranca’s voice remained singularly unique. While improvising, the pianist delves deep into his unbridled knowledge of classical and folkloric percussion. The complex rhythmic themes that result from this consciousness inform his extraordinary compositions melding together with African and Cuban traditions as well as with Jazz rhythms. The complexities of all of these influences are distilled through the masterful topography of his music. If we had with us the music that Elio Villafranca had made in Cuba, we would have known that long ago, but we would have to wait for his first album as leader. One on which we see the composer as an artful child of nature, producing music in unconscious, effortless profusion, untrammelled by knowledge of the heights and depths of human experience. And Incantations/Encantaciones is where it all comes together in an exquisite, molten mix of the African-Cuban tradition of Congolese (makuta) idioms and those of Jazz.