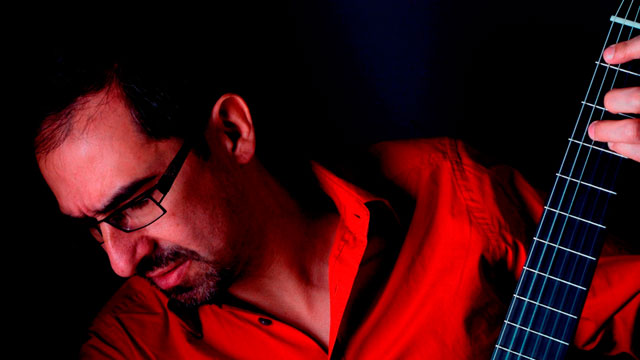 Lawyer, history teacher, poet and musician, few figures in Argentina are more beloved than Gustavo Leguizamón legendary artist and gentleman who lived between the early 20th Century and the beginning of our new millennium. Little-known outside of Latin America, “Cuchi” was regarded with great affection and esteem by the cognoscenti in the cultural topography of Argentina as well as in other parts of South America. His earthy, eloquent turn of idiom and metaphor, and rhythmic and melodic genius collided in his quintessential zambas, chacareras, baguala and other folk forms that gave unique charm and excellence to his music. And we haven’t even begun to understand or completely appreciate the true extent of this revolutionary musical genius. But with this sumptuously recorded collection of “Cuchi’s” music by guitarist Pablo Márquez we take a substantial leap closer to the impending bloom of the eternal summer of Gustavo Leguizamón. 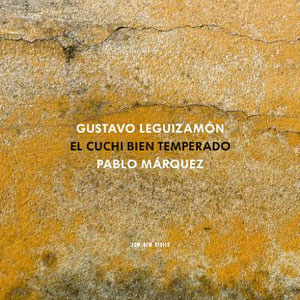 This record is the epitomé of clean, poised playing devoid of artifice. The watchword is clarity, whether in the intimacy of the zamba on in the statuesque brilliance of the chacarera Mr. Márquez’s interpretations of “Cuchi” are informed by endlessly beguiling nuance, colour and cantabile.More than any other homage to the music of Gustavo Leguizamón, Mr. Márquez’s re-imaginations sparkle with a greater wealth of poetry and inflection, while maintaining his (“Cuchi’s”) legendary sense of impulse and deeply held passions. The gem-like shimmering of “Coplas de Tata Dios” reveals the central amorous feelings that Gustavo Leguizamón held for the baguala. The sensuous curves of the melody are highlighted by Mr. Márquez’s nuanced control of phrase and spirited dynamics. “Chacarera del holgado” is instantly recognisable for its angularity and melody refracted in shards of musical mirrors, holding fast to the thought of the celebrated gauntness of its Cubism. Mr. Márquez’s eloquence and good taste is eminently audible in his valuable melodic and harmonics of “Carnavalito del Duende” and in “Canción del que no hace nada”, which also display not only the sense of history that Pablo Márquez brings to this piece, but also to the distinctly rustic and authentic re-creations of both pieces. There is great dramaturgy of “Chacarera del expediente” is magnificently conceived with swirling eddies of notes becoming translucent and dissonant as they reflect what was so vital and fearless about Gustavo Leguizamón’s politics as well.

The repertoire here, 16-pieces-strong contain works created in such a way that no key is repeated throughout the record. This further reinforces Pablo Márquez’s ingenuity as a theorist, among his other treasures as a guitarist and a pedagogue. I have not hears such richly impassioned readings of Gustavo Leguizamón in a very long time indeed. While the guitarist is at his best in the rhetorical chacareras he is high-spirited in his zambas, both of which dazzle with inner dancing. And I have to say that while this recording offers a generous assortment of Gustavo Leguizamón’s music, I long to hear more—a second disc would have been a blessing. The exquisite tension between melody, rhythm and harmony made this longing greater after the notes of “Canción del que no hace nada” faded into the vanishing point of the soul.

Argentinean guitarist Pablo Márquez is considered today as one of the most accomplished and versatile virtuosi of his instrument. An outstanding interpreter of contemporary music, who collaborates regularly with groups such as Ensemble Intercontemporain, he is equally at home in the Argentine traditional music, as well as with the classical repertoire from the Renaissance to the present day. Read more…

Gustavo Cuchi Leguizamón (1917-2000) was a unique figure in the musical culture of Argentina. Born in Salta (where guitarist Pablo Márquez was raised), Leguizamón was a poet, composer, pianist and guitarist, a popular artist and a highly sophisticated musician. He was rooted in Argentina s traditional music, but also brought a new harmonic freedom to it, inspired by classical music and by 20th century composers including Debussy, Ravel and Schoenberg.