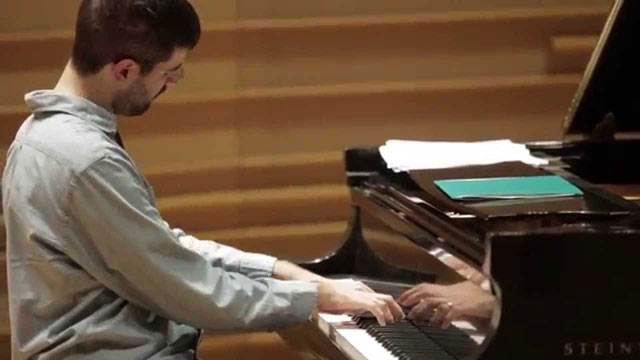 Yaniv Taubenhouse may have embarked on a maiden voyage with Here from There but the young pianist appears to have prepared extremely well for the trip. For one, he has travelled light, taking with him music that is stripped bare of all but expressive content and depth of emotion that is well beyond his years. And he has brought with him a wealth of belongings: compositions that he has crafted as if he were much older and full of a gravitas that belies his age. The music is rhythmically and dynamically complex with accuracy and expressive nuance giving them many of the characteristics of fabulously conceived chamber works created out of a sound palette that is exploding with colour and classically ordered sense of pianism that seems to sit exceedingly well with his innate sense of swing. Occasionally the pianist, seemingly lost in a dream night break away from notation and launch into improvisations that seem to come out of nowhere bursting with distinctive tinta, underpinned by timbre that marries high-wire virtuosity with an exemplary fineness of tone and touch. All of this holds him in good stead especially as the melodies he has conceived for this outing deserve his very best. 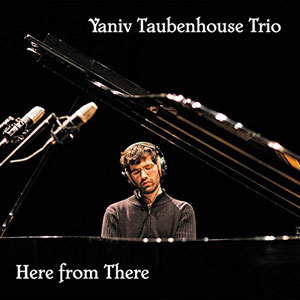 Mr. Taubenhouse is too good a musician to put into practice his reported assertion to give off his very best especially with music this good and that too on his debut. And he doesn’t disappoint. He begins the recording with a picturesque, gliding version of “Prelude to the Ozarks” a piece that he has performed before. Here he distils the balletic music into 1min:53secs. Then he moves quickly to allow significantly more agogic freedom that some would express in “Coming Back” and again in “Sunrise Fantasy”. The extreme here is a performance of the pianist’s own “Time and Place” that is drenched in its own expressive content. There are also stellar turns on other charts too. Or instance the overall sonority of “Train to a Green Mountain” is beautifully weighted and eminently cultured. And then again the distilled pathos of “Hope” is full of expressive nuance, noticeable so because who better than the creator to understand the internal clues of the work itself. With so much original work on this record there is bound to be extra scrutiny of the performances. It is, after all, one thing to write beautifully, but quite another to perform the same written notes with wit and imagination. And this Yaniv Taubenhouse passes this test with flying colours. But here too he acquits himself with flying colours. On “Tenderly” and “Time After Time”, even when the composers’ metronomes are entirely plausible Mr. Taubenhouse finds room to perform in tempi informed by crescendo and diminuendo that is of his own considerable imagination.

I would be remiss if I did not mention the extraordinary accompaniment of the exemplary bassist Garrett Jones and Darren Novotny, a drummer extraordinaire who also doubles up as an engineer on this project. In their playing you can h ear comparable pedigree to the pianist. They are also “listeners” with very big ears and who know when to move into the spotlight and when to recede from it and let Yaniv Taubenhouse. That is the hallmark of an excellent rhythm section and one that contributes to the stated purpose of making an outstanding record.

Track List: Prelude of the Ozarks; Coming Back; Here from There; Joey Boy; Sunrise Fantasy; Time and Place; Tenderly; Uncle Robert; Train to a Green Mountain; Time After Time; Hope

Having received his first piano lessons at the age of eight, Israeli native Yaniv Taubenhouse graduated from the Thelma-Yellin high school of the arts in Tel Aviv. Upon graduation, he went on to study with gifted Israeli instructors such as Dr. Assaf Zohar, Ms. Hana Shalgi, and Prof. Benjamin Oren. Master classes and lessons in the U.S. and Europe included work with Pavlina Dokovska, Richard Goode, Brad Mehldau, Robert McDonald, and Jean Francois Antonioli. Featured performances include numerous concerts, among them, the Tel Aviv Museum, Kfar Blum International Chamber Music Festival, and Salle Cortot hall in Paris. Read more…