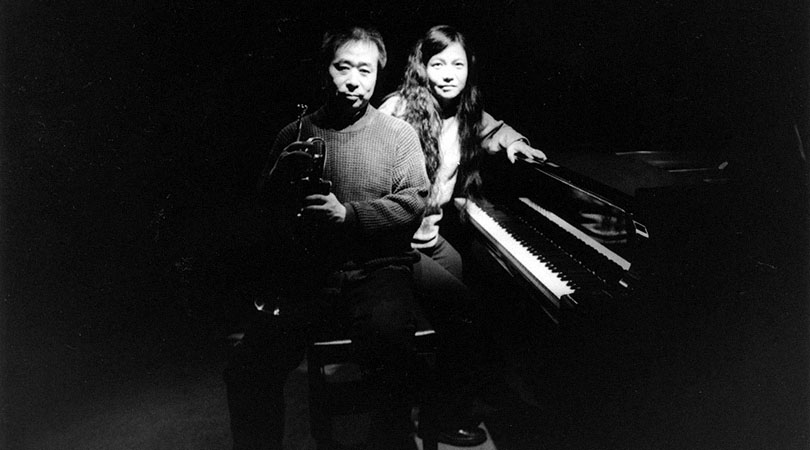 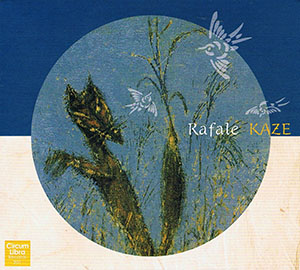 In her latest incarnation Satoko Fujii has returned with Kaze. Formed only seven months before their remarkable debut recording Rafale, Kaze brings together trumpeter Natsuki Tamura and pianist Satoko Fujii, two of Japan’s foremost improviser-composers, with trumpeter Christian Pruvost and drummer Peter Orins from the French improvisers collective, Muzzix. The members of this international quartet share an insatiable appetite for sonic experimentation, boundless energy and enthusiasm, and the disciplined intelligence of accomplished spontaneous composers. Melodic, abstract, mysterious, beautiful, and confrontational, Kaze plays free jazz at its most creative and powerful. When I first heard Kaze, I was speechless. The group has unusual instrumentation – two trumpets, drums and a piano – and their performance was extraordinary… I actually felt that their music expressed the wind itself, the turbulence, breeze, whirlwind; the first gale of spring….Kaze is a wonderful new group on the jazz scene. It is iconoclastic and has de-constructed modern concepts of improvisation breaking up pulse and metre to form a music which is almost like the insurrection of a guerrilla group fighting to set free the bastion of control. And most breathtakingly this happens in the piano of Ms. Fujii; in the two trumpets and in the drums of Peter Orins. This Quartet may easily be one of Ms. Fujii’s most far-reaching ensembles; one that breaks every rule in the book and does not write a new rulebook unlike some other so-called iconoclastic groups. 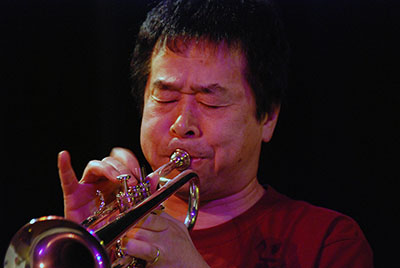 And what of Natsuki Tamura? What of the trumpeter who has a symbiotic relationship with his pianist wife; who is her doppelgänger. Who flies like a comet with the piano in his tail or basks in the shadow of the grand piano as he develops a conversation that gradually becomes more complex and beautiful every time he utters a sound from his trumpet; bleats, makes a human smear that sounds like a flurry of notes; carves a rut out of a fierce growl as he runs the voodoo down? Mr. Tamura is a musician in his own right with groups of his own. When he steps out, he may invite his wife to play with him or he may not, although it always makes eminent sense to have the pianist Satoko Fujii close at hand to help him decode his music. Women bring a different dimension to a relationship; so does Satoko Fujii and her piano. Gato Libre was Natsuki Tamura’s first band and they have stayed together for a number of years. 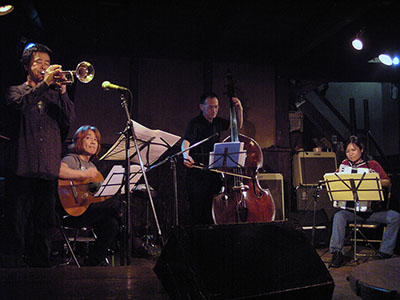 Gato Libre plays music that sounds almost familiar. Mr. Tamura’s original compositions sometimes sound like folk music from Eastern or South Europe ― but there’s always a little something that makes them different and elusive. And while they are beautiful tunes, they are often a bit melancholy. The acoustic quartet plays these pieces calmly but with great sensitivity and intensity. Trumpeter Natsuki Tamura has a thorough command of brass technique and elsewhere has proved to be a true innovator in extended techniques, keeping the flame lit by the masters of avant-garde trumpet burning brightly. Gato Libre displays another facet of his musical personality… The beauty and expressive depth of Natsuki Tamura’s impressions is immediately captivating. Lyrical and dynamic are the operative words, as the lead trumpet lines on the title track make clear with their south-of-the-border coupling of tenderness and passion… this extraordinary set ranks at the top of Mr. Tamura’s distinguished discography. In addition to Gato Libre Natsuki Tamura also has a band called First Meeting. This is an acoustic noise improvisation band with a sense of adventure and a sense of humor. In many improvised music situations, playing a diatonic scale can get you some evil looks. First Meeting, however, is completely free in that respect. They place no limits on what they can do. The range of volume and expression is as broad as these four sonic explorers can make it. Their music is like wild and unrelenting noise, evolving from utter chaos towards an increasing intensity of such a level that it becomes strangely compelling. Weird, strange things happen here, but they are worth listening to. It is great stuff for people with very open ears. 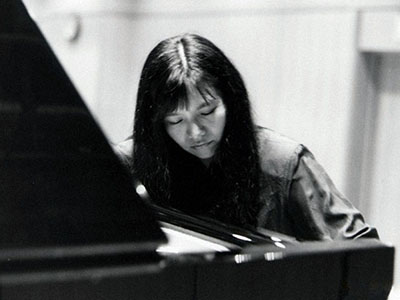 Together these two musicians, Satoko Fujii and Natsuki Tamura have revolutionised music and the music of Japan. My life has forever been altered; changed for the better. I no longer see the horizon where it seems music once disappeared into. It has been blurred so that there is nothing that can hold the music any more. I must journey to find where the music is going. I will pack my library of Satoko Fujii’s and Natsuki Tamura’s music and journey to that place where the music leads me. It will not be an easy place to find because the music is always changing. But I want to hear more so I will go to where the evening meets the sky. There I will unpack my library and listen; quietly at first, then I will roar and shout and dance the dance of the infidel for I will be an interloper where I am going, but I will listen in secret if I have to. I hope I will meet my father again; he left for Valhalla a long time ago. My father it was who introduced me to music. As a child I slept to the warmth of his baritone. As an adolescent I listened for that voice. I rarely heard it. He was too troubled to sing. But then, abruptly he quit drinking and everything changed. He began to sing again. First to my mother, then when dementia set in, to no one in particular until he fell silent. Yet I know that when I meet him again he will be in a better position to listen to the library of music that I bring. My Satoko Fujii and Natsuki Tamura records included.

I would like to acknowledge the friendship of Ann Braithwaite, who introduced me to the music of Satoko Fujii and Natsuki Tamura and then to Ms. Fujii too. Ann, this one’s for you. Norikatsu Koreyasu R.I.P