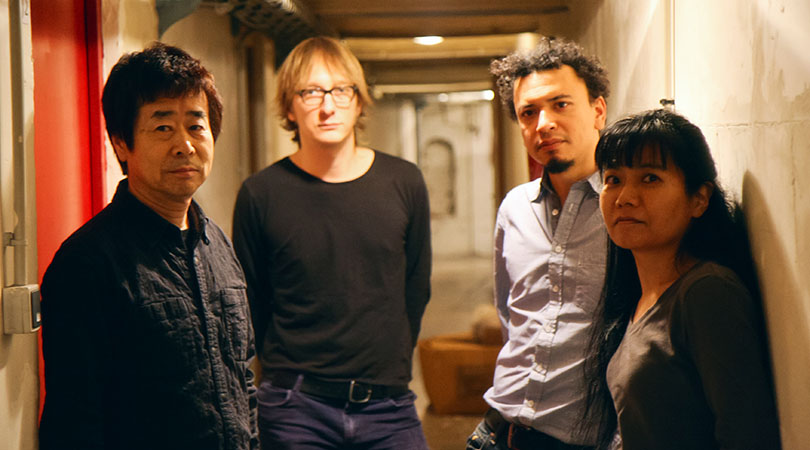 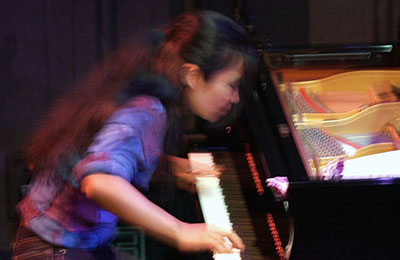 Perhaps the most ambitious project that Satoko Fujii has undertaken is her big band. Remarkably, she formed three of them and they are all different in the content of their music, the inflection of their language and their literature and their vast and cultured book. The New York Big Band comprises players such as saxophonists Ellery Eskelin, Tony Malaby and trombonist, Joe Fielder. This big band packs fierce solo power, but Ms. Fujii flexes all that muscle masterfully. Her broad suites run the loud-quiet, sweet-sour gamut, a model of tight composition and daring arrangement, driven by a rhythm section that hews close enough to the beat and a trio of trombones that do the heavy lifting. This big band was formed in 1996 when Ms. Fujii lived briefly in the Big Apple; Orchestra New York boasts a truly all-star line-up of the city’s most adventurous downtown improvisers. Personnel have changed remarkably little since then and through long familiarity with her music, they play Fujii’s compositions with amazing depth and expression. Their music is highly charged and well received by aficionados, cognoscenti and just plain ordinary people. This might suggest that it is accessible and in a sense it probably is, which is quite different from that of groups such as Gato Libre and Mah-Doh. The group has several recordings since it was founded by Ms. Fujii in the late 90’s. Remarkably each of these has consistently made it to the year-end top 10 CD lists in magazines such as Jazziz, Cadence, Coda, and Swing Journal. Eto the 2011 album and the last one that Ms. Fujii released with the Orchestra New York may be typical of the edgy and taut music that the large ensemble is capable of making, but it is also atypical of what most or many large ensembles do as well. The album is long and is multi-layered so that there is no one canvas, but many; each featuring canvases of a myriad colours and textures. The rush of music recalls New York but the delicate colours and shades or hues resembles the music of Japan; short lines skip and strut and bopping and weaving in and out of longer lines. Brush strokes from the band’s colourists—the brass and woodwinds and reeds—become ideograms and suddenly the music takes on a Japanese; or at least a typically Satoko Fujii/Natsuki Tamura flavour. Nothing else can describe this breathtaking music except to say that, like that proverbial line from Pliny, it chokes me with gold. 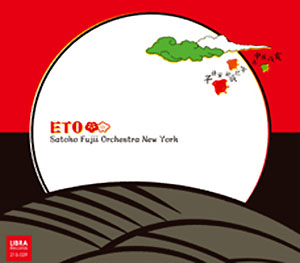 Eto is an album that tells the story of the various characters of the years according to the Japanese calendar. The music is rich in personality and the drama off each character such as “Rat,” “Ox,” “Tiger” and so on is magnificently created by Ms. Fujii. The ensemble then takes over and forms these characters, shaping their singular personalities and individual idiosyncrasies that make them who or what they are. The ensemble is well-rehearsed and the musicianship of each of its members is beyond reproach. Indeed the superlative performances of each of the bandmates contribute to making this album quite unforgettable. It is, after all, the Japanese ethic of Satoko Fujii and Natsuki Tamura that becomes the guiding light of the band and the excitement with which the players respond is symptomatic of the love and respect that they have for these players. And I? As I emerge from the trance that the music has put me under I am stunned by the beauty of the music and its density as well as the colours that have begun to be painted on the inside of my retina. The canvas is not one piece, but is made from several pieces that are stitched together like to become a bespoke quilt full of character and design and musicianship of the highest order. There is some outstanding trumpet playing from Natsuki Tamura on “Dragon” and this is not the only place where the trumpeter takes my breath away. He is consistently brilliant throughout the recording, playing in an almost human voice, using growls and wails and smears to denote the fire-breathing mystical beast that he is impersonating. The saxophonists also excel and although there are brilliant individual performances it is the ensemble that breaks fresh ground in its animist programme, something no one seems to have done before in music at any rate. 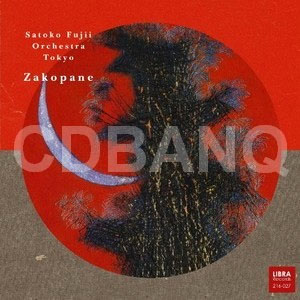 But leave it to Satoko Fujii and Natsuki Tamura and they will find ways to make it different every time they approach the bandstand. When Ms. Fujii returned to Tokyo in 1997, she gathered together all the wild and outlaw musicians the city had to offer and formed Orchestra Tokyo. They are a merry band of outlaws, playing with both energy and humor. With this big band, Ms. Fujii gets one of her warmest sounds and scores some of her thickest harmonies and most beguiling melodies This ensemble made several albums; Double Take (2000), Before The Dawn (2003), LIVE!! (2006), and Zakopane (2010). Of all the big bands in Japan Ms. Fujii’s Orchestra Tokyo has always been more exuberant, filled to the brim with exciting fast-paced action and complex arrangements. But it has not lost the groove. Ms. Fujii’s writing swings hard―rock hard and knocks it out of the park each time they record or perform. I am enamoured of this ensemble. I approach them with reverence, all but bowing to my stereo as if I were inviting honoured guests into my humble living room. The Japanese are humble too. This is why we bow to each other; never one to the other or the other to the one. Humility above all else as in Japanese culture there are people then the Emperor and then God. I understand this: I was made to understand this and discipline and obedience from my father who made the Japanese friends he knew one summer when we took our holidays from school in London to join him in Calcutta. 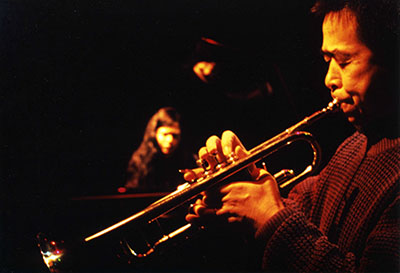 Discipline and obedience to the Tsure is everything in the bands hosted by Satoko Fujii. Likewise the one in Tokyo and the 2010 album, Zakopane. The music here is epic, made on a grand scale with voices that collude and machinate with high energy. Trumpet crosses swords with trombone and tuba; the bass makes an angular attack on both and yet the instruments present an united front and make uplifting sounds so that the magnificence of the timbre and textures and colours of the ensemble creates a veritable passacaglia as the music builds up to a climax by the end of the recording. There are three or four big bands hosted by Satoko Fujii in Japan; all superbly drilled and elementally different. There is, for instance, a big band in Nagoya. When guitarist Yasuhiro Usui offered to put together a big band in Nagoya, Japan, to play Satoko Fujii’s music in 1999, she gladly accepted. She and trumpeter Natsuki Tamura traveled to Nagoya, where they rehearsed and performed with the group Usui assembled at the city’s jazz hot spot, Tokuzo. The band explodes out of the box of traditional jazz big band, with volcanic rock power and total freedom of expression. Improvising ensembles come in all shapes and sizes. Here’s one that begins with the standard big band instrumentation, adds a powerful rock-inspired twist to each selection, folds folkloric themes from around the world into its book, and then launches a hard-swinging free jazz journey. The result is fireworks from an exceptional body of talented artists. There is much dialogue among the sections, creating an anthemic and occasionally surreal feel. They blend vocabulary that I might associate with the 70’s and 80’s units of Gil Evans and Sun Ra with logic structures reminiscent of the orchestral playbooks of Anthony Braxton and Muhal Richard Abrams to realize Ms. Fujii’s fresh imperatives. There is another jazz orchestra that Ms. Fujii formed in Kobe in 2001 at the request of Tetsumasa Kondo, owner of Kobe’s premiere jazz club, Big Apple, Satoko Fujii’s Orchestra Kobe draws on the finest players in a city with one of Japan’s longest jazz traditions. The big band plays with a special maturity and depth that brings out all the fire and complexity of Ms. Fujii’s stunning orchestral scores. This band too, is elementally different in the realm of large ensembles. Here Ms. Fujii’s sound can have the feeling of a back alley brawl: contentious reeds squabbling with brash brass sections in front of pugnacious rhythms, interspersed with her succinctly “out there” piano interludes. That is because Satoko Fujii’s a consummate artist; she’s never careful in her offerings; the musicians she chooses aren’t careful; they―and she―lay it all out there, no holds barred.