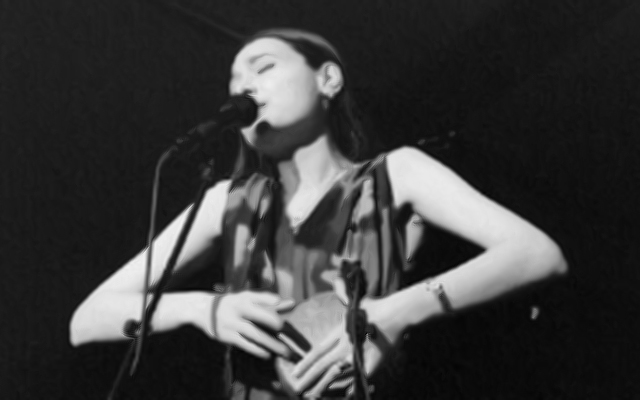 Then Columbia (Bless their souls!) released Dance of Fire two years later. On this spectacular album, Aziza came into interstellar space, surrounded by such luminaries as Al DiMeola (guitars), Omar Hakim (percussion), Kai E. Karpeh de Carmago (bass guitar), Stanley Clarke (acoustic and electric bass and –an inspired choice and performance from the breathtaking Bill Evans (saxophones). Now we heard a definitive, new musical voice. With her pianistic genius and command of expression, complete mastery of the mugam elements – both classic and folk – and watched over by the spirit of her now-almost sanctified father, Vaghif, she further stated the expected-unexpected: That the Woman from Baku had arrived to torch things up with her unique and as yet unheard offering of body+soul+mugami! Dance of Fire was not simply an album – as audiences across Germany and, later, all of Europe was to discover, during April and May of 1991. The album turned a new ascendant path! It was a tinderbox of music exploding with the dazzling display akin to the fireworks celebrating millennia in a state of beautiful flux! The twists and turns of the music bolting between earthy funk and playful coquetries proved to be a blazing hit. With DiMeola and Clarke providing a full-bodied string section, while she brought a distinctive Moorish tinge to her voice. And sang, she did – scat melting into the mugami emotions and modes. The result was pure witchcraft in the most adorable kind of way, of course! Vocally, at any rate – not since Flora Purim, that other spectacular Brasilian vocalastics star, had an artiste (Aziza) been able to carry off the almost entire gamut of human emotions and feelings! 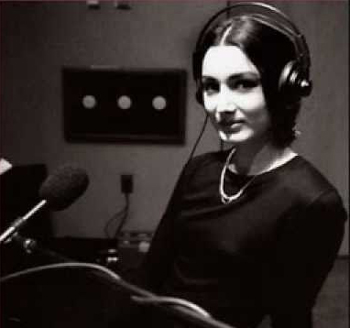 Then in 1998, Aziza a touching tribute to her father’s memory (and, incidentally, using the very name Vaghif Mustafa Zadeh had given her as a child prodigy), Aziza turned the world of jazz onto her deep-rooted mugami side. Joined by Jean ‘Toots’ Thielemans’ (harmonica), Philip Catherine (the ‘gypsy’ guitarist), and Eduardo Contrera (Brasilian percussion). She turned Paul Desmond’s “Take Five” into a dervish romp through an Elysian field of dreams; Rogers and Hart’s ‘My Funny Valentine’ and ‘Orfeo Negro’ became odes to the tradition of mugam and the mugami musicians and actually appeared to race in and out of both songs! Antonio Carlos Jobim’s ‘Insansatez’ became the ‘shur’ mugam mode and Charlie Parker’s ‘Scrapple from the Apple’ became the ‘rast’! On this album, Aziza also showcased her compositional genius with two new compositions – ‘Sunny Rain’, and another which is pure Aziza – ‘Butterflies’ – with its explosive intermezzo for piano and scat performed with baroque strictness and splendor!

But perhaps the purest and most intriguing – body+soul+mugam album that Aziza has ever made was Seventh Truth , a soaring solo album that is a return (well, almost) to her roots. With this definitive statement – running, almost breathlessly track after track – Aziza runs the gauntlet of her deepest emotions. I have heard nothing like this since the Latin ‘Lachrymae Christi’ and the heart-felt ‘crying’ of the song by the great Brasilian chorinhos. Pianistically, she is every match – not just with the likes of Gonzalo Rubalcaba and Art Tatum, but also her own inspirational father, Vaghif!

Aziza Mustafa Zadeh arrived, musically speaking, when, as a baby, she was moved to tears and dance by the mugam of her father, Vaghif Mustafa Zadeh. Now, thanks to her record company’s wisdom and guts Aziza is here to stay… to attempt to move the hearts and souls of a callous world. Yet, with characteristic wisdom and humility beyond her years, she says: “I see progress in my music. I sense it in that music that I have recorded. I’m developing. Getting better. My aspiration is to be able to achieve what my parents have. That’s my dream…!

With such talent and faith in her divinely inspired gifts, it feels good to listeners to wake up – both literally and figuratively as well to the music of the queen of body, soul and mugam. Today is as good a day as any!