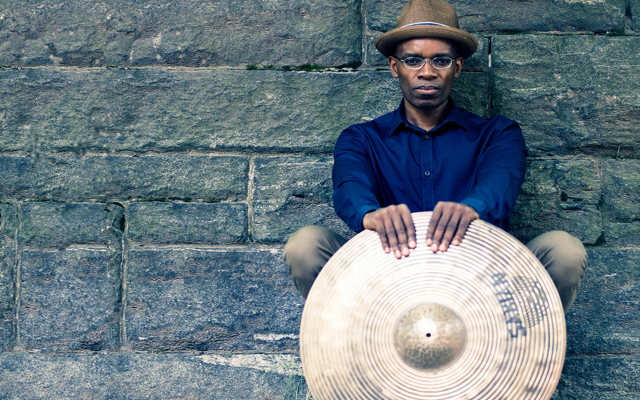 It is mesmerising to hear what a Jazz musician, especially when one of the calibre of the drummer, Rudy Royston makes of Western European pagan mythology pouring it like a musical alchemist into a cauldron that contains “beautiful hope, grace and enduring love of God”. Moreover to create a molten mix that is through the music of those who Amiri Baraka celebrated a Blues People. Royston may not speak with quite as much militancy; he says “the blues speak(s) to who we all are at our most raw”. And then he delivers on that fact with poignant beauty throughout this album. It is always a challenge to communicate – and to grasp – the impossibly mystifying nature of the Divine; even more so to create a musical leaven in which the abstraction of an Awesomely Invisible and Virtually Unimaginable Creator enters into a molten mix with the concrete elements of the musical rhythms of The Blues and Jazz. However, Rudy Royston is no ordinary artist and Rise of Orion is no ordinary record. 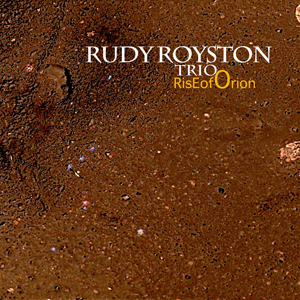 Although it is a rare and treasured occurrence, an artist can reach the equivalent of a musical state of grace in the act of creation. This record is what seems to come out of that experience for Rudy Royston. A meditation on the heavens and entering into a conversation with the voice of The Infinite certainly has something to do with it. Moreover, in opening himself and letting the blood of the blues to pour in, Royston has created the perfect moment for his celestial contemplation to turn into song. In choosing Jon Irabagon to one of three voices – the lead voice, in actuality – Rudy Royston has created the perfect choice and brought in a memorable melodic doppelgänger for himself. Augmenting Irabagon with the inclusion of Yasushi Nakamura further strengthens the trio and not-so-curiously might be considered a mirror image for “Alnitak-Alnilam-Mintaka” the bright bluish stars from east to west along the diagonal in this gorgeous cosmic vista that form the Belt of Orion. A magical coincidence? Perhaps, but not when you consider the much more magically the three-way exchanges a mirror impact the music.

Rudy Royston will always be held in elevated esteem for his deep feeling of the blues. His notes are spare, almost hang in the air and resonate repeatedly as if to amplify the elemental ache of the heartbeat of his own African-American-ness. His playing on the celestial songs that make up the Belt of Orion, as well as on “The Rise of Orion” itself will thrill you beyond your wildest imagination. But whisper, bang or shout gives way to more subtle and varied aspects of the drummer’s musicianship as he performs a breathtakingly beautiful “Sister Mother Clara” and “Dido’s Lament” from baroque composer Henry Purcell’s Dido and Aeneas based on book IV of Virgil’s epic poem, The Aeneid. Spontaneous energy is always something to prepare for when listening to Rudy Royston and the drummer plays true to form on Rise of Orion, always emotionally and viscerally aligned with the smooth flow of some of the most entertaining music and time.

Jon Irabagon is another musician driven by high energy. Add to that the fact that his approach to his instruments is highly original he is wont to sweep listeners along in a flow of music fuelled by virtuoso fireworks that can turn into heartfelt ‘vocalising’ on a dime, which can lead to unexpectedly sad and beautiful private lamenting as on the Purcell song. The ubiquitous Yasushi Nakamura is a brilliant instrumentalist whose playing dazzles not the least because he applies elegant shadings to the impassioned and expansive lines of the music, interacting with both Royston and Irabagon as a most sympathetic collaborator. This is distinguished artistry from start to finish on a magnificent record.