Home Imperatives A Festival of Re-distribution: the real spirit of Christmas 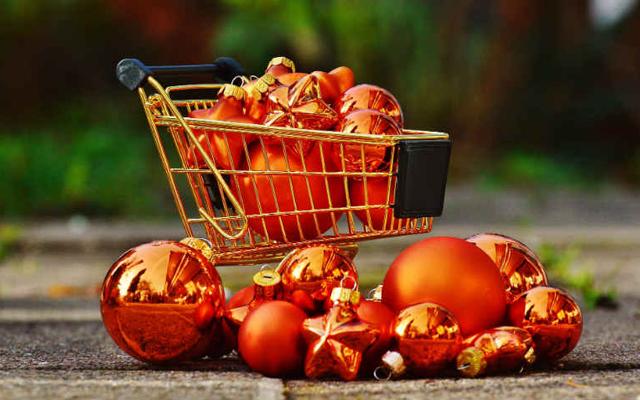 In purging Christmas of any social meaning, capitalism creates its own gravediggers, argues Dominic Alexander

To complain about the commercialisation of Christmas increasingly smacks of a fuss about negligence in respect of stable doors. It doesn’t stop with commercialisation, however. Increasingly, the festival of consumption involves an acceleration of the pressures capitalism brings to bear on daily life, rather than bringing any easement of labour, in the way we expect a holiday to do.

Now it seems that workers have an obligation to work dangerous shifts, according to punishing schedules, just to keep the wheels of seasonal profit-making spinning as rapidly as commercial interests demand that they must. Delivery drivers must work extra Sunday shifts, with the threat of losing their jobs if they do not comply. Postal workers must maintain an ever faster march to complete their routes on time. All this, apparently, because everyone is shopping online. Austerity driven capitalism results in ever longer hours and an intensification of work, leaving less and less time and energy for our seasonal work of consumption, which the system nevertheless requires. There is here a dialectic between internet shopping and the low-wage economy, which produces an increasing tempo in the capitalist accumulation cycle.

The traditional religious appeal to recall the ‘true meaning of Christmas’ rings hollow for two related reasons. Firstly, as an alternative to the commercial celebration, it posits a merely abstract spirituality amounting to no more than a denial of present material wants and desires. Secondly, where any practical response, say in charitable volunteering, is envisaged, it involves further self-abnegation of the kind that is required all year long for most people in subjecting themselves to the discipline of labour under capitalism. This kind of response to the commercialisation of Christmas is more easily contemplated by those who gain considerable status and remuneration in their working lives, rather than those who are threatened with the sack if they do not work those extra hours on a Sunday. Without besmirching the efforts of those who really do go out of their way to help other people, the pious alternative to commercial Christmas simply reinforces the wealthy’s own sense of their moral superiority over materially focused proletarians.

The ‘true meaning of Christmas’ carries with it the assumption that this festival was once something more exalted and spiritual than it is now. It was, however, always about certain material things. A seventeenth-century Irish carol declares that ‘Christmas day is come, let’s all prepare for mirth’.¹ The mirth that is, in practice, envisaged is well encapsulated by the traditional Gloucestershire Wassail:

The mid-winter festival was always about food and drink, and a lightening of the spirit in the barren part of the year. A promise of ‘twelve days in the year much mirth and cheer’³ was particularly necessary when, for many, resources were meagre enough that they may not last until the spring. It was understood, therefore, that the wealthy had a certain social obligation:

“And now the tide is nigh at hand,
In which our Saviour came;
Let us rejoice and merry be
In keeping of the same;
Let’s feed the poor and hungry souls,
And such as do it crave;
Then when we die, in heaven we
Our sure reward shall have.⁴

Religion, in this carol, entailed a degree of self-discipline for the wealthy, in contrast to contemporary demands for yet more labour, or the shaming of ordinary material enjoyment. This is not to wax nostalgic, sentimentally, for a more generous ruling class than our present capitalist masters. The traditional carols actually suggest something more interesting about the nature of the mid-winter festival.