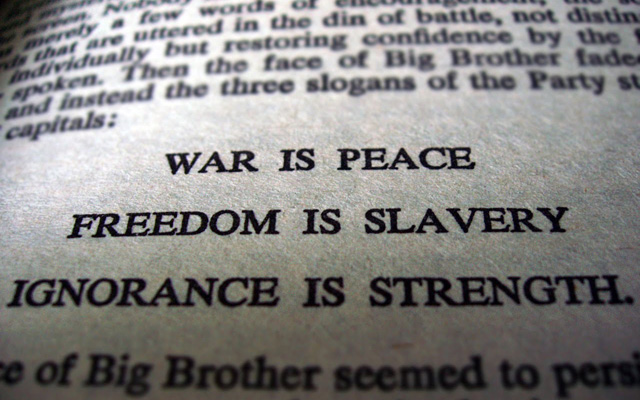 Echoing observations by Edmund Burke decades before, in the middle of the 19th century Karl Marx wrote that in capitalism “everything that is solid melts into the air.” He was referring to capitalism’s tendency to upend traditional forms of life and their affiliated mores. Strangely, it has largely been the deepest conservative critics who acknowledged this tendency and sought to explain it. Writers such as Max Weber, Joseph Schumpeter, and George Grant recognized that capitalism-for all its variations-has an uncanny ability to transform societies by liquidating barriers, including moral barriers, to the pursuit of profit. In some circumstances this could mean liberalizing the public sphere. In other circumstances, it meant colonizing the globe to establish new markets and tear down competition.

We can see the impacts of this everyday. We live in a society where capitalist firms continuously create new values through the production of new products and technologies which are affiliated with diverse ways of life. In effect, capitalism produces social difference by encouraging people to express their individuality through consumption. Bohemian hipsters assume their identity through purchasing the right clothes, drinking the right beer, and pushing for the legalized sale of narcotics. Emancipated women are expected to earn a big salary, wear the right clothes, and buy cars that would make a yuppie blush. And of course, we have a President who has transformed the very idea of truth into a kind of marketable value, determined by popularity and campaign donations. And this is simply the case in the Western world. It boggles the imagination to conceive of the social transformations wrought by capital in economic giants such as China and India, where growing disparities in wealth and development have led to immensely different ways of living in various parts of the country.

We can now bring this analysis full circle to update Arendt’s analysis of loneliness and the appeal of fascism. Modern capitalism continuously revolutionizes both the forms of wealth creation and the affiliated technologies present in a society, and the values that society professes. Far from being an ally of traditional, “Christian,” society, it has demolished even the possibility of tradition. And it will continue to do so at an accelerating rate.

Recognizing this and dealing with it extensively would require a deep rooted commitment to critique and analysis of contemporary trends in political economy and our growing dependence on technology. But this is rarely undertaken, in no small part because the powers that be benefit from these very tendencies and have no interest in seeing them abetted. The consequence is that the many individuals who are increasingly outdated by these trends, and left alone in a society they no longer recognize, turn to the modern technologies which helped render them obsolete.

There, they do not turn to the global polis and the wealth of information provided by modern technologies. Instead these individuals look inward, towards groups and individuals who feel the same sense of alienation and loneliness. Rather than look to the complexity of these social trends, and recognizing the breadth of the problem, these individuals find powerful figures like Trump and Steve Bannon who are willing to profit from, and direct, the powers caged in their resentment. The finger is pointed not at the roots of social trends, but at its symptoms and critics. Migrants, leftists, intellectuals and employees in the knowledge sector, cosmopolitans and so on. These provide an easy and vulnerable outlet for lashing out. So a few hundred Muslims wearing a burka, or a Professor teaching a class on post-colonial theory for 2 hours a week, become the subject of paranoiac projects. They are tormentors who emerge to tear down society.

All the while, what is ignored is that figures like Trump and Bannon, who deploy the might of capital and technology to advance their own power and egos, are the most individualized catalysts for the real forces undermining tradition and society. The vulgar authoritarianism of Trumpism is the result of these radical trends in our society. It gives expression to the resentment of the lonely and alienated whom these trends have left behind, and deliberately channels their energy against the weak and vulnerable to prevent recognition of the real roots of the problem.