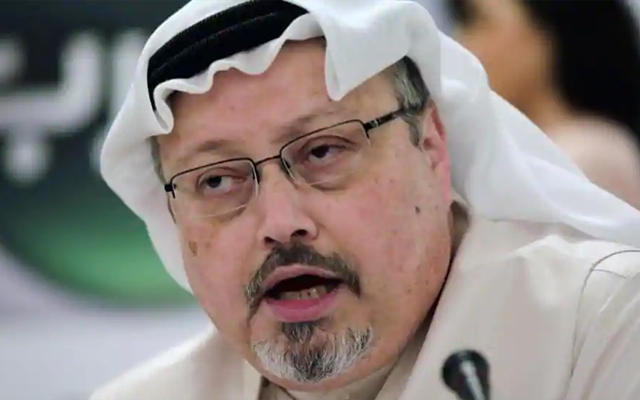 As artists representing the world of honesty and truth we must never forget Jamal Khashoggi born on October 13, 1958 in Medina, Saudi Arabia and brutally murdered by the savage regime that he protested against by writing the truth, on October 2, 2018, Istanbul, Turkey. And in memory of the 30 year-old Bulgarian journalist Viktoria Marinova raped and murdered in the northern city of Ruse, Bulgaria, the third journalist to have been killed in the EU in the past year, as well as the 45* other journalists who were murdered for reporting the truth.

And never forget Wa Lone, 32, and Kyaw Soe Oo, 28, who are being held in prison in Yangon after being arrested in December, for reporting on the genocide of Rohingya fleeing the Rakhine Province in Myanmar in a landmark case that has prompted international outrage and been seen as a test of progress towards democracy in the south-east Asian country.

They are not alone. Journalists are being jailed in unprecedented numbers across the globe, with 262 detained for their work at the end of 2017, according to the Committee to Protect Journalists.

“The jailing of journalists is a brutal form of censorship that is having a profound impact on the flow of information around the world,” Committee to Protect Journalists Executive Director Joel Simon told a press freedom at the United Nations.

At the end of 2017, the worst offenders were Turkey, with 73 journalists jailed; China with 41; and Egypt with 20. CPJ says that slightly more than half of all imprisoned journalists were jailed for reporting on human rights violations.