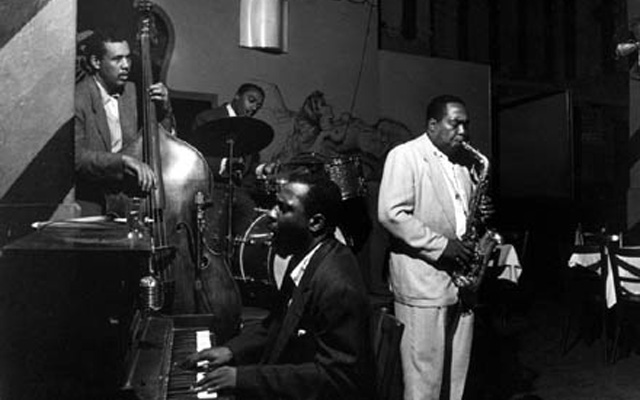 This was Thelonious Monk’s America even after Brown v. Board of Education. It was Mr. Monk’s America before and after T. R. M. Howard’s Magnolia Mutual Life Insurance Company, and the Regional Council of Negro Leadership (RCNL); and after Medgar and Charles Evers joined the RCNL and helped organize the boycott of gasoline stations that denied blacks the use of the stations’ restrooms. It was after the NAACP. It was after Emmitt Till and Rosa Parks and it was after Charlie Parker and Dizzy Gillespie’s invention of the furious idiom called bebop that to this day informs all Jazz that came after it. And it is Thelonious Monk’s America long after he gave to it some of his greatest reactions to a country he loved and belonged to, but didn’t love him and still doesn’t love his people even today.

This is, I think, what I ought to have heard in Frank Carlberg and his Monk Dreams, Hallucinations and Nightmares. The European consciousness was colonised by Adolf Hitler in much the same way as white America’s collective consciousness has been colonised by white supremacists. Also, Europeans such as Mr Carlberg have been liberated of the continent’s past sins and as a result are able to look with an infinitely more compassionate eye and an enlightened heart on the whole of humanity, especially on the African who has been oppressed since the beginning of colonisation. But the nightmare of it all will not go away so easily. In music, The beboppers got that right before anyone else and no one with more power and ingenuity than Thelonious Monk.

Joining forces with the great composer and pianist, and his music, Frank Carlberg not only finds a way to relive those dreams, hallucinations and nightmares through the music of Thelonious Monk. In doing so he also conjured the spirit of Thelonious Monk especially on Monk Dreams, Hallucinations and Nightmares in a manner that is not only unique and with extraordinarily innovative music, but he also brings to life, in the more than two hours of music, holographic images of Mr Monk’s America and ultimately the principal characters – especially Thelonious Monk – of the iconic bebop era. 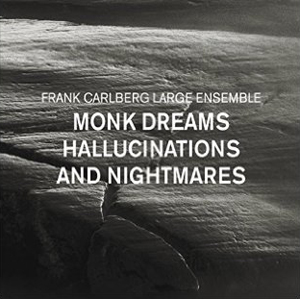 The musical landscape of Monk Dreams, Hallucinations and Nightmares is vast, but never unwieldy. It often feels operatic and actually becomes that way when Christine Correa joins in the music, or when the narrative is picked up by Paul Lichter.

Best of all Monk Dreams, Hallucinations and Nightmares is a tale of fundamental violence and tragedy, followed by triumph in the life and music of Thelonious Monk. It tells the tale over and over again, viewing it and reviewing it from every possible musical angle in a myriad trinities of action. It is a work like no other, yet it seeks to encompass the whole history of Jazz music and dance; of the language of music itself. Thelonious Monk and the other principal characters of the American century appear in three guises throughout: the mythical, the heroic and the human; each is played by the performers of the Frank Carlberg Large Ensemble. On paper this sounds impenetrable, but watching the performance it all became clearer and clearer as the physical weight of history transcended narrative clarity in the beautiful depth of the musical score by Frank Carlberg.

Meanwhile as far back as 1962, Thelonious Monk wrote “Bright Mississippi” seven years into the history of about the state where Emmett Till, a teenager visiting from Chicago was killed. Listening to it today I can’t help wondering: “Have things really changed?”