On the 4th of January this year I wrote the following review of a recording by the Frank Carlberg Large Ensemble entitled Monk Dreams, Hallucinations and Nightmares

“At the very outset it bears mention that this recording features only the one Thelonious Monk composition. In this regard it varies dramatically from Heiner Stadler’s great 1978 vinyl release entitled Tribute to Monk and Bird and, of course, all of the repertory works by Steve Lacy and Roswell Rudd. What makes Stadler’s work significant is that it relocates the audacity of Monk’s visceral works and their context within the rhythmic indentations of bebop to a landscape of volcanic improvisational eruption. In a sense Stadler was himself being audacious in his musical suggestions of Monk in the Modern Era (post- the 1960s advancement of Jazz following the avant-garde). But Frank Carlberg has employed a dramatically different literary device: his phantasmagorical Monk is akin to subliminal music that lurks in the subconscious of virtually pianist who thinks and dreams music. The titles of the songs twist, invert, suggest, subvert and rethink Monk songs (even song-titles) in every possible way. This is Frank Carlberg working a big band on an Olympian scale, demonstrating ever so eloquently that Thelonious Monk’s experience translates well into more universal interpretative approaches. The music is symphonic in structure and it is performed by a stellar group of brass, woodwinds and rhythm sections conducted by an intrepid JC Sanford. Notes form phrases and long, tempestuous lines that seem suspended in an atmosphere heavy with tension, which only dissipates like an exploding valve in ‘Round Midnight’. What a glorious way to begin the year 2017 with Frank Carlberg.”

Then on Monday the 9th of October, following a concert that Mr Carlberg and his Large Ensemble gave as they presented this music at Dizzy’s Club Coca-Cola, at Jazz at Lincoln Center, I realised that I had been only partially right in my appreciation of this extraordinary music by Mr Carlberg. Sure it was a tribute to a genius; one of the greatest composers and musicians in the history of music and also one of the most innovative pianists in modern times; someone who broke the mould of pianism, with scant regard for convention and perhaps the most influential pianists in contemporary music. In fact, it is safe to say that you will not hear a pianist who has not been influenced by Thelonious Monk, or one who has been influenced by a pianist who has been influenced by Mr Monk.

Despite an acknowledgement of this fact, the complete significance of Frank Carlberg’s vision of Thelonious Monk still hadn’t come home to me. Not even after the superb concert honouring his father, Thelonious Sphere Monk III and his quintet, although that great concert too brought me closer to appreciating Mr Carlberg’s music all that much more. No, it was not until I had finished reading Timothy B. Tyson’s terrific book The Blood of Emmett Till that the full impact of Frank Carlberg’s vision of Thelonious Monk’s music – indeed of Mr Monk’s visionary music all made sense (although even as I write this, I doubt if we will ever catch up to all of Mr Monk’s beautiful music; get ‘hip to and really dig Thelonious Monk’ in our lifetime. 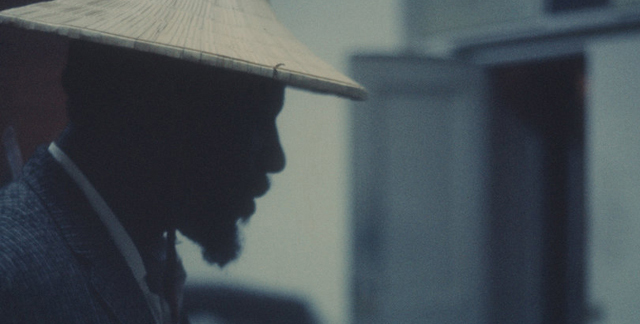 Thus rather than reviewing the concert by the Frank Carlberg Large Ensemble, Monk Dreams, Hallucinations and Nightmares I will attempt to say what it and Thelonious Monk means to me.

First of all, Thelonious Monk was a son, a man, husband and father, before he was and is a musician. Listening to Thelonious Sphere Monk III play a tribute to his father brought that fact home to me – at least that he was, for his drummer son, more than anything else a father who loved his family. Listening to songs such as “Crepuscule with Nellie”, “Boo Boo’s Birthday”, “Little Rootie Tootie”, “Pannonica” and “Ruby, My Dear”, and then “Sienna” and other songs by Thelonious Sphere Monk III I had a sense that Thelonious Monk’s life unfolded first in his New York home, with his family and it was it was the love that was shared by this family that the pianist carried with him each night when he walked, or drove to his club dates and into recording studios and concert halls.

Meanwhile real life was also unfolding, even as Thelonious Monk was making his own plans for life. This is where the story of Emmett Till as told by Timothy B. Tyson comes in. The fourteen-year old Till grew to his tender teens in Chicago in the 1940s. To say that it was a turbulent time in America would be putting it mildly. In 1919 James Weldon Johnson had written these iconic lyrics: “Lift every voice and sing/Till earth and heaven ring/Ring with the harmonies of liberty…/Facing the rising sun of our new day begun/Let us march on until victory is won.” But on May 21st 1954 four days after the U.S. Supreme Court’s ruling on Brown v. Board of Education, Judge Thomas Pickens Brady of the Mississippi Supreme Court, intellectual godfather of the segregationist Citizens Council wrote Black Monday a dark palimpsest.

Black Monday served as the guide for starting the Citizens Council movement to resist the United States Supreme Court’s Brown v. Board of Education decision declaring segregation in public schools unconstitutional. Judge Brady would not be silenced. According to Timothy B. Tyson, Brady declared, “You can dress a chimpanzee, housebreak him and teach him to use a knife and fork, but it will take countless generations of evolutionary development if ever before you can convince him that a caterpillar and a cockroach is not a delicacy.” Mr Tyson continues: The chimpanzees were not alone in their uncivilised shortcomings. Again, from Judge Brady: “Likewise the social, political, economic and religious preferences of the negro remain close to the caterpillar and the cockroach.” (Black Monday, Thomas Pickens Brady, 1954).