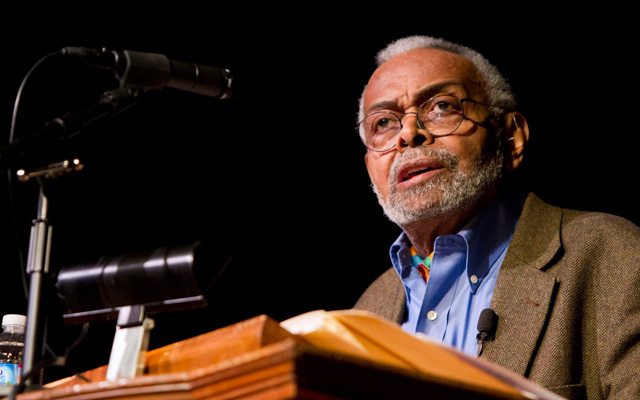 More books than ever before have been written and published about Jazz. It is easier to be swept away with anecdotes and analyses by so many writers many of whom are white. Fifty-three years ago (this piece was first published in 2013, hence the ’50th Anniversary) perhaps the most significant work about the music we now call Jazz was published by the iconic Amiri Baraka (then LeRoi Jones). It was a book that traced the philosophical, anthropological and spiritual origins of Jazz and it influenced the way I think about African-American music, its significance in society, its musicians, its audiences and its people its ‘Blues People’. Eugene Holly Jr’s. piece below, was published on July 26 2013 in the npr Music – A Blog Supreme. It delves into the origins of the book, understands Baraka’s proclivities and what pushed him to write the book. It also analyses the significance of Baraka’s book and the influence it has on a whole new generation. It has been printed in full.

The year 1963 saw the March on Washington, the assassinations of President John F. Kennedy and Medgar Evers, the bombing of the Birmingham church that resulted in the deaths of four black girls and the passing of W.E.B. Du Bois. That same year, LeRoi Jones — a twentysomething, Newark, N.J.-born, African-American, Lower East Side-based Beat poet — published a book titled Blues People: a panoramic sociocultural history of African-American music. It was the first major book of its kind by a black author, now known as Amiri Baraka. In the 50 years since, it has never been out of print. 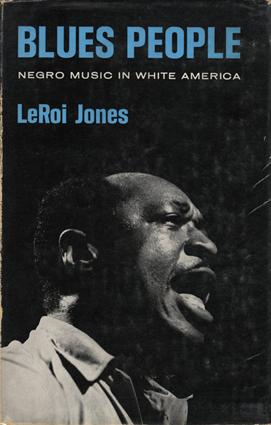 “The book was originally titled Blues: Black and White,” says Baraka, now 78, by phone from Newark, while he was working on his son Ras Baraka’s mayoral campaign. “But I changed it because I wanted to focus on the people that created the blues. And that was the real intent of that title: I wanted to focus on them — us — the creators of the blues, which is still, I think, the predominant music under all American music. It cannot be dismissed, even though you might give it to some pop singer, they change it around. But it will come out. It will be heard.”
Blues People argues that in their art, Louis Armstrong, Blind Lemon Jefferson, Robert Johnson, Duke Ellington, Charlie Parker, Dizzy Gillespie and countless other black bards confronted the forces of racism, poverty and Jim Crow. This gave birth to work songs, blues, gospel, New Orleans jazz, its Chicago and Kansas City swing extensions, the bebop revolution (which in turn spawned the so-called cool and hard bop schools), and the then-emerging avant-garde of the late ’50s and early ’60s, characterized by the forward-thinking artistry of Ornette Coleman, John Coltrane and Cecil Taylor. For Baraka, jazz is “the most cosmopolitan of any Negro music, able to utilize almost any foreign influence within its broader spectrum” — a cultural achievement Baraka says was downplayed and ignored by Eurocentric whites.

“They have to do that to make themselves superior in some kind of way: that everything has come from Europe, which is not true,” Baraka says. “And if you study, you’ll see [the Africanisms] even in the way Americans talk; it’s quite unlike English [from Great Britain]. And certainly the music has been one abiding register of Afro-American influence.”
Baraka wrote that Blues People was a “theoretical endeavor” that “proposes more questions than it will answer” about how descendants of enslaved Africans created a new American musical genre and turned “Negroes” into “African Americans” in the process. That message still resonates deeply with many scholars, including Ingrid Monson, a professor of African-American music at Harvard University and author of Freedom Sounds: Civil Rights Call Out to Jazz and Africa.

“I assign portions of this book in virtually every course I teach,” Monson wrote in Blues People: Amiri Baraka As a Social Theorist, a speech she delivered in 2004, “to remind my students that cultural studies and critical race theory didn’t begin in the academy, but in 20th-century African-American thought and intellectual practice from DuBois to Garvey, Locke, Ellington, Ellison and Baraka.”

You’ve Got To Be Modernistic

Baraka was certainly not the first black writer to write about African-American music. But it was his modern stance, propelled by the momentum of the Civil Rights Era, that made his analysis unique.

“[Early works by black authors] primarily focused on the written tradition of African-American music, as part of the Western art music tradition,” says University of Pennsylvania professor Guthrie Ramsey, author of Bud Powell: Black Genius, Black History and the Challenge of Bebop. “The goals of those books were to position black music within Western culture. There weren’t many black writers who had the platforms like Baraka was developing at that time. He wrote that book from [a contemporary] African-American perspective. And that’s what made it unique at that time.
“Blues People was out there not entirely by itself — Ralph Ellison had written some essays on jazz here and there and a few others,” says fellow historian A.B. Spellman, author of Four Jazz Lives. “But Blues People certainly was the first one to take a comprehensive look at the music: where it came from, the people who made it and the culture that produced it. So in that sense it was a trailblazing book. And still remains a strong read today.”

Baraka — as LeRoi Jones — came from a middle-class upbringing, including university studies at Rutgers, Columbia and Howard Universities. But he also served in the Air Force, married Jewish writer Hettie Cohen and published a critically acclaimed 1961 work, Preface to a Twenty-Volume Suicide Note, which established him as a noteworthy figure among the Beat Generation. It was the influence of the late poet Sterling Brown, who taught generations of Howard students — including Nobel Prize-winning author Toni Morrison and conservative economist Thomas Sowell — who gave Baraka the impulse to investigate the older folk traditions of African-American music.

It took me a decade to find that those records told a story: Every voice, every title is telling you the story of Afro-American history. I really latched onto that idea. And I went back and started listening to the blues.