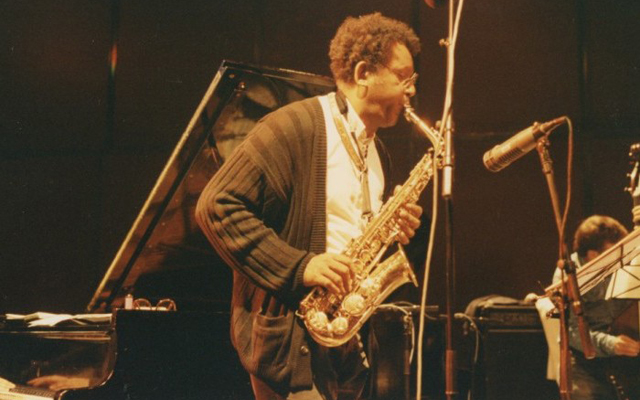 First of all Anthony Braxton is right to have produced such an enormous documentation of his interpretation of the music of Charlie Parker. No style of playing so revolutionised music so completely as Bebop and Charlie Parker more than anyone was its architect. Sure Dizzy Gillespie was his soul-brother, but it was Mr. Parker who identified the revolutionary harmony and rhythm and, as a result, created the new melodies so unrecognisable at the time, with all of their altered harmonics that turned even simple melodies such as “Cherokee” on their head. Secondly a box set such as is not only exhaustive, but in many respects it matches what Dean Benedetti did with his seven-CD The Complete Dean Benedetti Recordings of Charlie Parker (recordings of) Charlie Parker soli (Mosaic, MD7-129, 1991). And finally, it draws attention, once again, to Mr. Braxton’s singular voice. 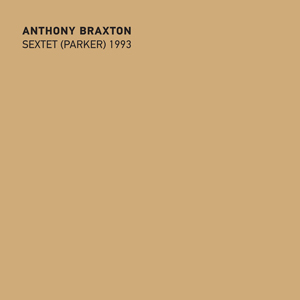 Much has been written about Anthony Braxton in weighty books by Graham Lock, Ronald M. Radano, Mike Heffley and Stuart Broomer, who has also contributed an essay to the booklet that accompanies this box-set. However, a lot of written material focuses on the musical language that Mr. Braxton uses most frequently today – based on new and magical fractals that he has created to further the cause of his musical ideas and inventions. It pays to be reminded every once and a while of how evolved a musician Mr. Braxton really is and to do that one looks must often look back at what he has done with musical language; how he has adapted and used it to create the new language with which he sings (if you like) through his myriad horns. Listening to this music one is reminded of poets like Ezra Pound, who were pure radicals with a classicist past. His musical bearing – no matter what he is playing – belies a deep and enormous extent of study of musical history that extends way beyond the confines of Jazz.

One is also reminded of the fact that Mr. Braxton is not only a multi-instrumentalist, but he is a polymath too. While he may not be overtly spiritual, as John Coltrane was, he covers as extensive a musical topography as ‘Trane; perhaps one that is infinitely more vast, given that his use of mathematics has evolved to a greater extent than ‘Trane’s did (and was cut short by an early death, no doubt). Mr. Braxton has walked the same path as The Ancestors and has wielded has horns as machetes cutting sophisticated new musical paths out from the wild and every CD in this set tells that story, just as any of his music – music that must be called “out of The Tradition” – does, and this is discernable not only on “Klactoveedsedstene”, but on the stammering solo on “Relaxin’ At Camarillo” as well. Mr. Braxton’s wild, keening solo in the rarefied realm of the soprano saxophone re-ignites not only the fire he started with the AACM decades earlier, but foretells the unfettered excursions of the (Tri-Centric) future.

But it is the manner in which “Relaxin’ At Camarillo” arrives at its dénouement, with a stammering resolution – a falling into place of each instrument from Mr. Braxton’s soprano, Ari Brown’s saxophone, Paul Smoker’s horn, Joe Fonda’s bass, and especially Misha Mengelberg’s piano and Pheeroan akLaff’s drums that closes the circle as the original harmonic changes are echoed one by one and the familiar melody returns. One senses a musical, indeed an allegorical tale that brings together Louis Armstrong’s blues linearity, Duke Ellington’s revolutionary orchestral palimpsest, Charlie Parker’s wild chirping and – via an ‘Trane and Eric Dolphy-like interstellar quest – Mr. Braxton returns to the form of the song as we know it to have been then (and now). On “Darn That Dream”, which opens Disc Two we encounter another “long goodbye” at the end of the song only to meet a yammering Mr. Braxton again on “Hot House”. And on and on… disc after disc, song after song, we get a sense of Mr. Braxton moving back and forth through history as he is on course to carve out the path to the brave new world that he will (and does) inhabit today.

As it turns out, it was a long and visceral excursion for Mr. Braxton. And whilst he closes the proverbial circle with Mr. Mengelberg, Mr. Fonda, Mr. akLaff, Mr. Brown, Mr. Smoker and Han Bennink on a sensational version of “Cheryl, the geometry of Mr. Braxton’s new musical architecture is now described (at least on the two dimensional) in open-ended graphics. But interpreted as they ought to be, even on paper, and certainly in song they are symptomatic of a musician who has traversed every musical domain, not only in terms of formal aspects of the art, but in deeper, more insidious cultural ways. One sees, for instance in “Laura”, in the contrapuntal exchanges between Mr. Mengelberg, Mr. Fonda, and Mr. Braxton, a pre-dating of the open-ended conversations between Mr. Braxton and Erica Dicker on violin and prepared/scordatura violin, or the vocalastics of Kyoko Kitamura, and the bassoon (or electronics) of Katherine Young on the recently released 12 Duets (DCWM) 2012 . The duet with Mr. Mengelberg and Mr. Braxton playing contrabass clarinet gives the game away on “Scrapple From The Apple”.

This is a box-set to die for and if you think you’re paying a lot of money at USD 150.00, remember that’s the price you pay for genius, which is written all over the many hours of music that honours Charlie Parker’s (genius) and Mr. Braxton’s as well.