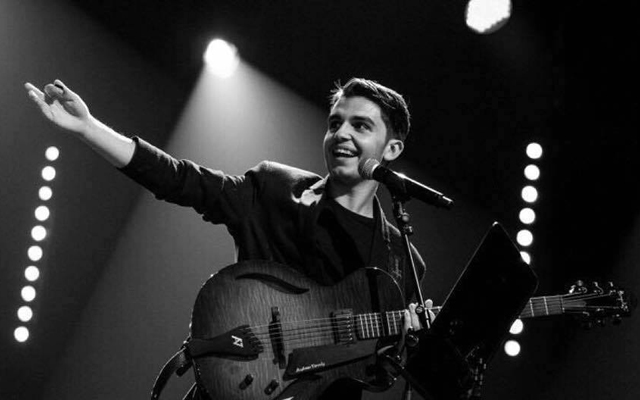 All things proceeding at this current pace, it seems that nothing will diminish the innovative and profound beauty of the musicianship of the young Hungarian-Romani Andreas Varady. In fact, being taken under the wing, so to speak, of Quincy Jones can only enhance his reputation, which – like that of the legendary Birelli Lagrene – only take off heavenwards. His record The Quest is a beauty. It features compositions of such eloquence and sophistication that it is hard to imagine what can come next from a musician who is just sixteen.

Given the guitarist’s knowledge of the music of Jazz and its history, one readily reads the influence of someone like Wes Montgomery and (especially) George Benson’s bardic lyricism and lush textures in Mr. Varady’s music. Yet his angular intuitive writing and moments of sparser scoring in parts reveals that Mr. Varady is going his own decisive way already. In (especially) “The Quest” one hears the aching harmonies 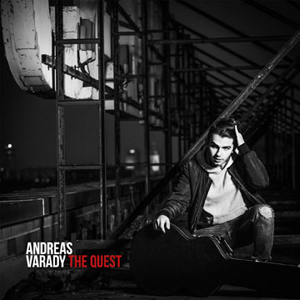 and downward melodic phrases belie a very individualistic subtitle. Moreover there is such fire in this and other songs that it seems much of it will not lull any baby to sleep anytime soon.

Mr. Varady has a penchant for describing darkness in the crepuscular manner in which he uses colour. “Story” is a song that best describes this characteristic in the way in which the young guitarist forms his notes and uses the timbre of his instrument – with single notes, triplets and augmented chords – to create a nocturnal palette. The swirling scherzando of “Her Dream” brings a considerable astringent edge to his music. And in the short “Radiska” that follows it seems that he can also provide a curvaceous melody with extra heft to low, sustained notes in support of the higher ones played earlier.

The rest of his fine quintet respond in kind to the suave and controlled fire of this music, with drummer and brother Adrian Varady more edgily inflected. Meanwhile Mr. Varady’s father and bassist Ondrej Bandi, pianist Benito Gonzalez and saxophonist Radovan Tariška hold nothing back either on this record by a prodigiously gifted artist. Kudos to George Klabin and Zev Feldman for producing bringing it to fans of great music as well.