A review of the book:Kjell Westling & Musiken – A Biography – Ylva Mårtens [Ed.]
If anyone from among Sweden’s most iconic contemporary music groups, collectives and associations deserves a book devoted all to himself it is the [late] iconic musicians and multi-instrumentalist Kjell Westling [1942-2010]. To be fair there are a number of musicians from among that celebrated collective that shone in ensemble as well as soloists, but on the musical evidence he left behind it appears that Mr Westling’s enjoyed a very special place in modern music to come out of Sweden.

But what sets Mr Westling apart more than anything else was the towering influence he was on his contemporaries. According to Swedish [music] mythologists Mr Westling could take an instrument apart, put it together again only to make it sound better. 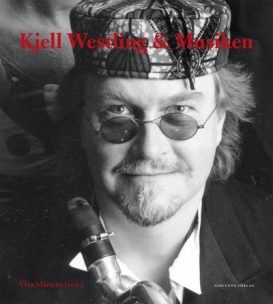 He was a technician and a musician not simply because he has technique or was mechanically-minded, but word has it that he had something of a sorcerer’s touch with the instruments he played.

On his website Country & Eastern founder and the inimitable percussion colourist Bengt Berger says of his friend: “[I] had played with him for 50 years since we ventured into music improvisation together, discovering Indian classical, African, Swedish and other folk musics, odd meters, modes, jazz and what not. Kjell could play ANY instrument.” Judging the living legacy of music that Mr Westling left behind after that assessment appears to be no exaggeration. Not by a long shot.

If there is anyone who deserved a book dedicated to his myriad exploits in the world of music – and that too, in the short span of his life – it would surely be Mr Westling. And who better than the celebrated writer and anthologist, broadcaster, and blog-writer Ylva Mårtens, to edit a book comprising essays by the many musicians, engineers and family whose lives were touched and changed forever by the great Swedish musician.

Like all of the musicians [of his generation] that spun like living satellites in the musical stratosphere of contemporary Stockholm [and elsewhere] Mr Westling was driven by an almost restless curiosity. But also like his contemporaries – especially Mr Berger – Mr Westling he dug deep, no matter where in the world of music he was prospecting. He was like a miner obsessed with penetrating the most impossibly deep, seemingly inaccessible secrets of music. What resulted was an always eloquent, always magical and – not least – always surprising collision of Swedish traditional and contemporary music, whether composed or improvised… all of which helped create a topographically verdant and wholly new musical palimpsest. 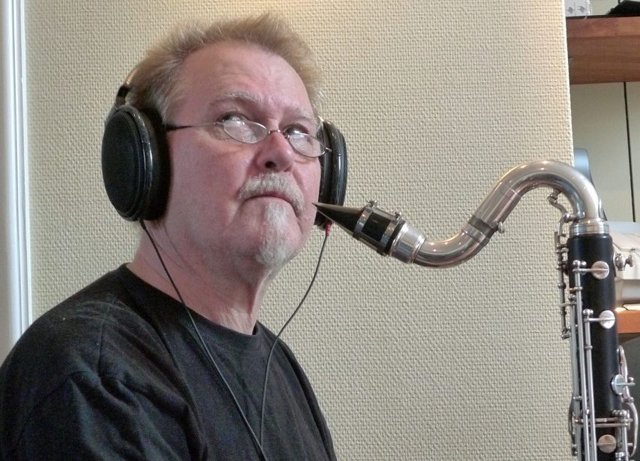 It is this that made obsession with reaching the Holy Grail of music, of penetrating the heart of song – capturing its elemental melody, and then finding the most appropriate harmonic ornamentation with which to adorn that music. Of the scores of recordings that Mr Westling has been associated with some of the most memorable ones will remain Arbete och fritid [Sonet, 1970], Om å tta timmar – with Bella Ciao-Gruppen [MNW, 1976], the award-winning Bitter Funeral Beer with the Bitter Funeral Beer Band led by Bengt Berger [ECM, 1982], The Vedbod Tapes with Mr Westling, Mr Berger and also the late Roland Keijser [Country & Eastern, 2012]. The book also comes with several important appendices that will prove valuable to those who wish to dig deeper into Mr Westling’s repertoire and achievements in the myriad of spheres of his artistry.

There are many more recordings, of course, and a select discography of Mr Westling’s work is appended to the essays that appear in the front-end of this superbly illustrated book. The most heartfelt one – to be sure – is Kjell, mannen I mitt liv by Mr Westling’s wife of many years, Anita Sjöblom-Westling. Others – such as Mr Berger’s essay Pa vag med Lilla Spjarnsvallet, and Nog var Eric Dolphy Kjells hasgud by Samtal Mella Anders Inge [who interviewed] Thomas Lundkvist. Both essays offer revealing insights into the uncommon creativity that propelled the music of Mr Westling.

Also, along the way we discover that Mr Westling was a well-respected composer and we are introduced to his approach to film scoring and music for theatre in Filmmusiken written by Carl Johan De Geer and Teatermusiken from the pen of Judith Hollander. The book is, of course, written for a Swedish-reading audience. It appears that many were those who didn’t or haven’t yet heard of the modern music genius who is Kjell Westling. This is clearly altogether a feast of fascinating reading for pundits of Swedish music and improvised music. Meanwhile the rest of the world will surely await translations of the book that will give them valuable insights into one of the greatest musicians to come out of the contemporary music scene in Sweden.