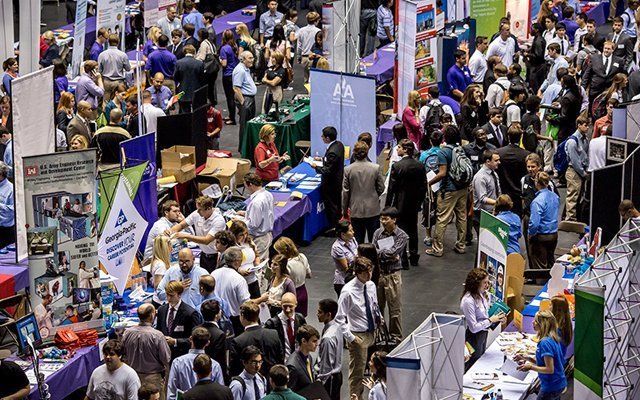 “Miseducating for the Global Economy” exposes the neoliberal push to package education for the sake of corporate rather than social interests, finds Phil Armstrong

In this admirable book, Coles delivers timely and highly thought-provoking insights into the nature of education in the neoliberal global economy. Its primary focus is very much upon the United States, and Coles provides extensive and, for me, highly convincing evidence in support of his arguments. The hegemony of neoliberalism has involved the propagation of a particular narrative concerning the purpose of education; how it should be assessed in terms of success or failure and, crucially, who should take the credit for the former or, as is more usually the case, blame for the latter.

Neoliberalism has been in the ascendency since the demise of the post-war consensus in the 1970s and the framing of thinking that has followed from its acceptance has led to the lauding of the market. Wealth has been taken as a proxy to the ‘value’ of a person, poverty often viewed as a life-style choice and successful industrialists and financiers feted; their income generating power 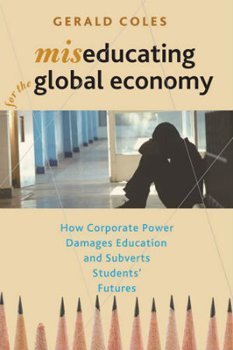 seen as a badge of honour, symbol of intelligence and as an example of good practice for the rest of society to at least try to emulate.

Within this framing the state is seen as largely dependent upon the largesse of business. In crude terms, ‘real wealth’ is created by private-sector business and enterprise. The state’s ability to provide for the population in numerous ways, pensions, health care and, of course, education is allegedly dependent ultimately upon the wealth generating capabilities of private enterprise. The role of the state is thus clear; it must ensure that that its policies are business friendly. Failure to accept this narrative (perhaps through some misguided idea that state activity itself is able to generate real wealth which might benefit the population as a whole) will ultimately be self-defeating. Business success is intimately linked to the success of socially progressive policy; you can’t have the latter without the former, or so the neoliberal story goes.

From this perspective it seems only right that industry should influence education policy; industry has allegedly earned the right to dictate policy to government. Since the state’s ability to provide education is founded on business success, then surely education providers need to tailor their curriculum and pedagogy to the needs of industry, or more exactly, as Coles stresses, what industry says its needs are.

As is well-understood, neoliberalism has been associated with an emphasis on the individual both in terms of freedom and of responsibility. Neoliberalism overtly supports the idea of promoting individual enterprise notably by deregulation of markets allowing the pursuit profit to be as free of outside – in particular government – influence as possible. This forms the basis of the ‘trickle down’ concept; allowing capitalists free rein might generate more inequality but the ‘pie’ will be bigger so a smaller slice as a proportion of the whole would still be bigger in absolute terms than a bigger proportionate slice of a smaller ‘pie’, which would necessarily be the result of excessive state interference in the market process.

The narrative is thus constructed; private business creates the wealth from which everyone benefits, more wealth comes from freeing up markets, and giving more scope for enterprise. In order for business to flourish in the relatively barrier-free globalised world, the job of education is to provide the highly skilled workers that industry requires. Business really needs them: without a steady supply of highly skilled workers, particularly in the STEM (Science, technology, engineering and mathematics) subjects, the future of the nation is at stake. Slow growth or high unemployment is not the fault of corporations or, indeed, it should not be considered in any way as a systemic problem – such as low aggregate demand – it is caused by a lack of correctly skilled workers.

Coles tells the reader how this story is a very powerful means to distract attention for the real issues facing both education and the economy as a whole. Corporate interests are absolved from any blame; their actions in terms of relocating abroad, reducing workers’ wages and making working conditions poorer, are forced upon them by the reality of the intensity of global competition and the supposed shortage of the highly skilled STEM workers required to enable firms to deal with the competition. The responsibility for finding a highly rewarding job falls unequivocally on the individual and her educators. Failure in the labour market reflects a lack of the skills that global capitalism requires.

“Blaming schooling and students turns the nation’s focus away from the reality of the array of jobs and from US capitalism’s numerous ways of extracting ever greater profits, such as paying the lowest wages here and abroad, substituting foreign workers for US workers, reducing or eliminating an array of job benefits, outsourcing work, and creating an ever-growing temporary workforce. While all the blame is foisted on teachers, students, and Americans generally the “failure of education” ideology is meant to keep the eyes of all workers and future workers on one message: YOU are responsible for yourself; getting a decent job and having a decent income depends solely on YOU; and if YOU don’t have a good job and income it’s because YOU haven’t had the right kind of education, for which educators are to blame. Your problem is not a consequence of corporate policy, corporate greed and corporate attacks on the public good, not a problem of how wealth is acquired and used. You and your teachers are the problem and most of all, you are a problem for American business and America because you have failed to become part of the skilled workforce these businesses and the nation need” (pp.89-90, emphasis in the original).

However, Coles is quick to stress that this narrative does not stand up to scrutiny. He refers to a wide range of evidence to support his contention that, in reality, there is no shortage of highly-skilled STEM workers and no significant extension in the STEM worker requirement of US industry. In fact, on the contrary, in the USA jobs have been shed in these areas, there has been a significant upskilling of low-skilled jobs, with STEM graduates – purportedly in such short supply- taking a wide range of low-skilled positions. In reality, many well-qualified STEM graduates have been forced to take low-paid temporary jobs in the so-called ‘gig economy’.

The reality is that deregulation and corporate freedom has not benefited ordinary people in the way the neoliberal framing suggests. When firms face regulation and cannot easily outsource to reduce labour costs, they must invest in new methods and reward workers well in an attempt to improve productivity. In contrast, during the neoliberal period the pressure is off. Firms have no need to invest in people or technology to the same extent. The result has been a falling wage share and a rising profit share of income and, most significantly, rapidly rising inequality across the world.

Coles turns the argument on its head, having stressed that there is no shortage of highly skilled STEM workers in the USA (or indeed in many developed nations), he then goes on to show that, in fact, US society (and UK society, for example) actually lacks workers in traditional areas such as teaching, healthcare and, significantly, social care. However, the key point is that the corporate sector’s ability to successfully put the blame for slow growth and lack of employment opportunities on the education system and its students has been a highly successful means for industry to deflect blame from its real source. This is its own behaviour and the chronic lack of demand which has been the direct result of the neoliberal policies industry has promoted, specifically the idea that governments should be subservient to markets and any attempt to manage aggregate demand, in order to benefit the public as a whole, should be considered as ultimately futile.

Coles notes that this subjugation of education to the supposed needs of industry results in an education for the global economy. It promotes the flawed view that an educator’s mission is to provide students with the skills that industry suggests it requires. In so doing the educator will be supposedly contributing to the ‘success’ of education as whole – underpinning a prosperous economy with many workers in highly paid productive jobs. In reality such a view reflects corporate capture and fails to deliver an ultimately valuable education.

Instead, Coles suggests that education should focus upon education about the global economy. For Coles, education needs to inform students about what globalisation is and what the dynamics of globalisation are leading the world’s population towards. Students need to learn about the inequality and environmental destruction deregulated, globalised capitalism has caused. Clearly such an approach to education is anathema to the corporate interests which have spent so much time – and no little money (as noted by Coles, in absolute terms not relative to profits) – attempting to capture education for itself.

Coles provides detailed evidence of the tactics used by global capital to create the type of education that suits them and paints them in a ‘good light’; glossing over their greed for profits, their lack of care for people and the environment, and their lack of real concern for education in a true sense. He also provides a wide range of interesting techniques that educators might employ to break free of corporate influence, enabling them to provide what students really need; critical thinking, the opportunity to foster an appreciation of the liberal arts and develop an understanding of the world that enriches their lives and that of others.

For Coles, students need to be exposed to alternative ideas and to be provided with the means to conceptualise the nature of a world in which society is enriched by much more than business success, to appreciate that the pursuit of profit is not necessarily the best way to serve the needs of the community and that a range of alternative visions of the future both exists and needs to be considered and developed by the next generation of students.

I consider this book to be a very valuable addition to the literature. It is a highly potent polemic and is based upon rigorous and, in my opinion, ultimately convincing evidence. The neoliberal narrative is comprehensively critiqued by Coles, the true motives of global capital towards education are exposed and real alternatives which provde a better way for educators to deliver a high-quality education for their students are highlighted. I recommend this work wholeheartedly.

More from Phil Armstrong in Counterfire.